In November, Zico announced that he would be leaving the agency Seven Seasons while the remaining Block B members renewed their contracts.

After this news was reported, Park Kyung and P.O made fans laugh with Instagram posts about Zico. With a photo of a carton of ZICO coconut water, Park Kyung wrote, “Why are you alone?” He added in the hashtags, “It’s especially tasty today,” “Tasty,” and “It’s just a drink.”

On the variety show, Park Kyung explained, “Zico and I have been friends since elementary school. He decided not to renew his contract this time. I thought that the fans might be upset, so I jokingly posted it thinking that it would be nice for the fans to laugh about it.”

He added, “Before I posted it, I asked Zico, ‘Wouldn’t it be funny if I posted this?’ in our chatroom, and Zico laughed too. It was something I posted after receiving Zico’s consent.”

Park Kyung concluded with a video message to his members by saying, “There are members going to the military and we haven’t been on stage together because we’re busy individually, but I hope we can quickly put on a great performance together soon. I love you.” 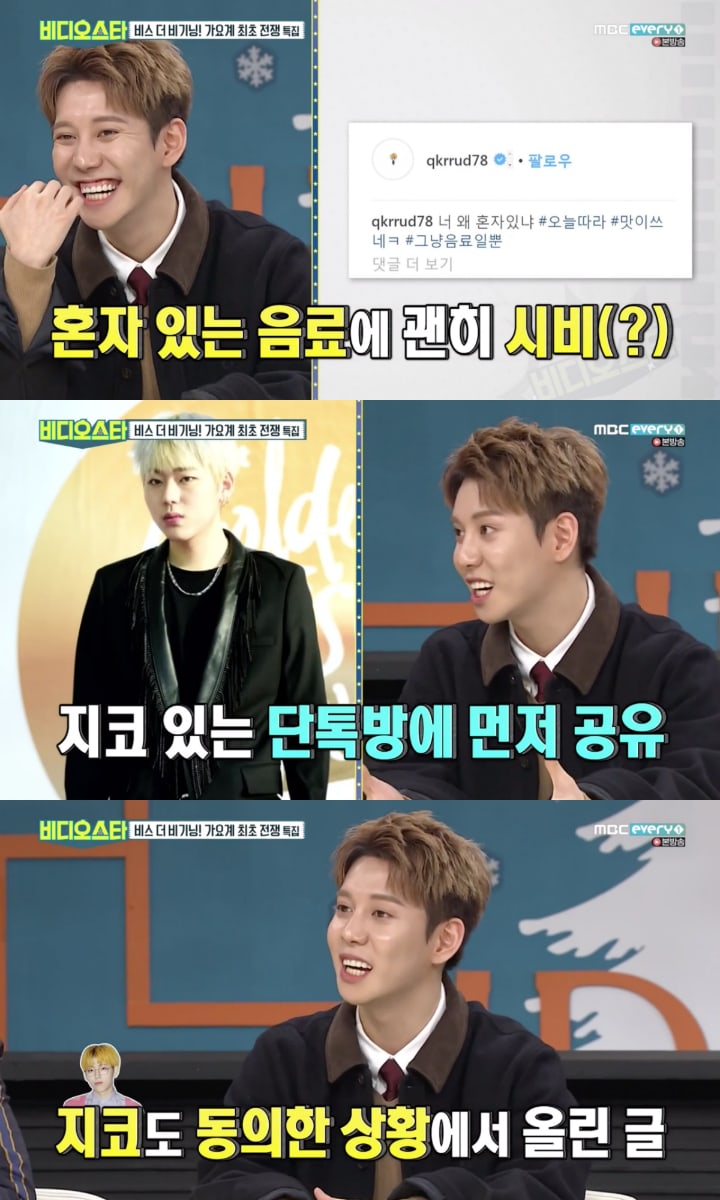 Block B
Zico
Park Kyung
Video Star
How does this article make you feel?