A new family drama is coming to make viewers laugh and cry in the form of KBS’s new Wednesday-Thursday drama “Liver or Die.”

“Liver or Die” will encourage viewers to think about the meaning of family as it tells the story of middle-aged Lee Poong Sang (played by Yoo Joon Sang) and his troublesome younger siblings, whom he adores. The drama will be written by screenwriter Moon Young Nam, the mastermind behind other popular dramas that have captivated viewers with their family-based stories such as “Our Gap Soon,” “Wang’s Family,” and “Three Brothers.”

There are three things to look forward to as the drama premieres tonight!

Screenwriter Moon Young Nam and director Jin Hyung Wook are the famous duo who created the popular “Three Brothers” and “Wang’s Family” together. They have brought together a talented team who will bring “Liver or Die” to life.

Screenwriter Moon Young Nam is able to weave tales about relatable families with wit. She has the ability to make observations across all generations and has a sense of humor that shines in her work. Jin Hyung Wook will add his directing talents to elevate the drama, posing the question of the true meaning of family, and whether they are a burden or a source of strength for us.

“Liver or Die” aired a special pre-premiere broadcast last week called “Liver or Die: Coming Soon” that teased the backstories of each characters. And viewers are already excited to see what’s to come. 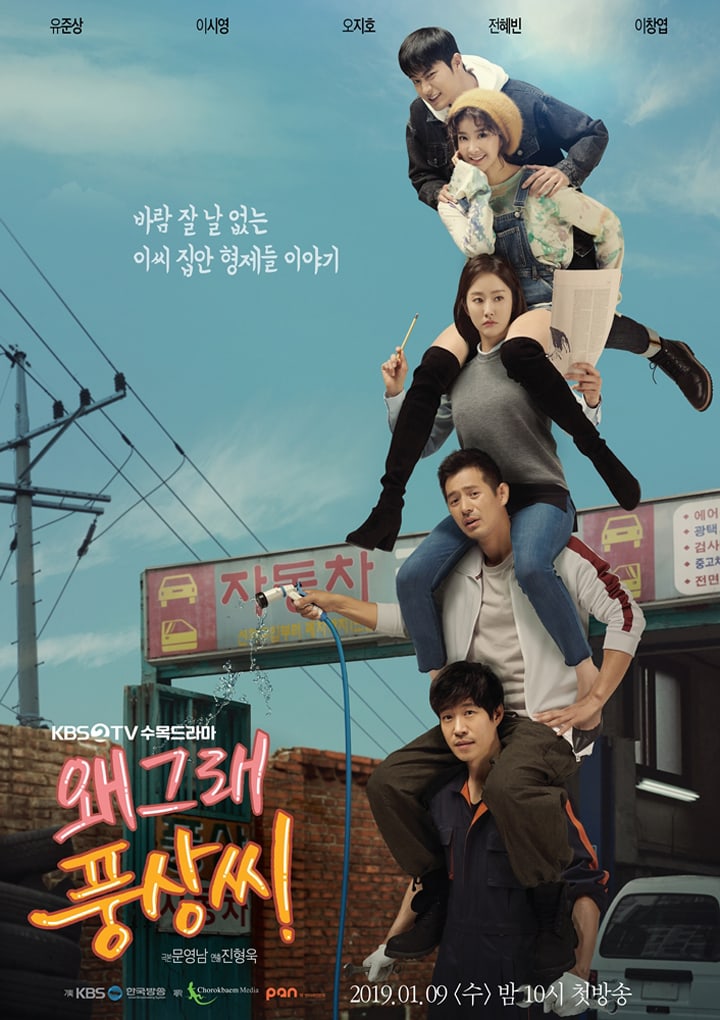 Lee Poong Sang and his troublesome younger siblings will be taking over, with screenwriter Moon Young Nam bringing life to the drama with memorable and unique characters.

Yoo Joon Sang’s character Poong Sang is the eldest sibling who has never lived for himself because he’s been too busy taking care of his siblings. The stories he tells with troublemakers Lee Hwa Sang (played by Lee Si Young) and Lee Jin Sang (Oh Ji Ho), Poong Sang’s only source of pride and doctor Lee Jung Sang (Jeon Hye Bin), and his youngest sibling Lee Wae Sang (Lee Chang Yeob) are sure to make the viewers laugh and cry.

The trouble that Jin Sang and Hwa Sang get into will pose the realistic and relatable question of whether our families can be a burden or a source of strength. The family will bring stories that everyone can relate to.

A strong lineup of actors never seen before

Yoo Joon Sang, Lee Si Young, Oh Ji Ho, Jeon Hye Bin, and Lee Chang Yeob will be joined by a cast of strong supporting actors. Shin Dong Mi, who will play Poong Sang’s wife Gan Boon Sil, a woman who is always busy taking care of her in-laws, is sure to be relatable to all the housewives watching the drama.

Anticipation for “Liver or Die” is already high as it will bring together a strong production team and a talented group of actors. The drama will attempt to make its mark as another memorable family drama, hooking viewers in from the first episode with its relatable storylines and intriguing characters.

The production staff stated, “We hope people will be excited for our fun and heartwarming family drama. We hope that viewers will be able to relate to it, laugh along, and be moved by our characters.”

“Liver or Die” will premiere on January 9 at 10 p.m. KST and will be available on Viki. Watch the trailer for the show below!

Liver or Die
How does this article make you feel?