SHINee’s Minho will be setting off on a solo fan meeting tour around Asia!

On January 9, it was announced that Minho would be greeting fans through a special series of fan meetings. His “Best CHOI’s MINHO” fan meeting tour will first begin on February 16 at the Sangmyung Art Center’s Gyedang Hall in Seoul, and then he will travel to Tokyo, Japan to meet with fans on February 23 and 24. He will then be in Bangkok, Thailand on March 2 and Taipei, Taiwan on March 3. 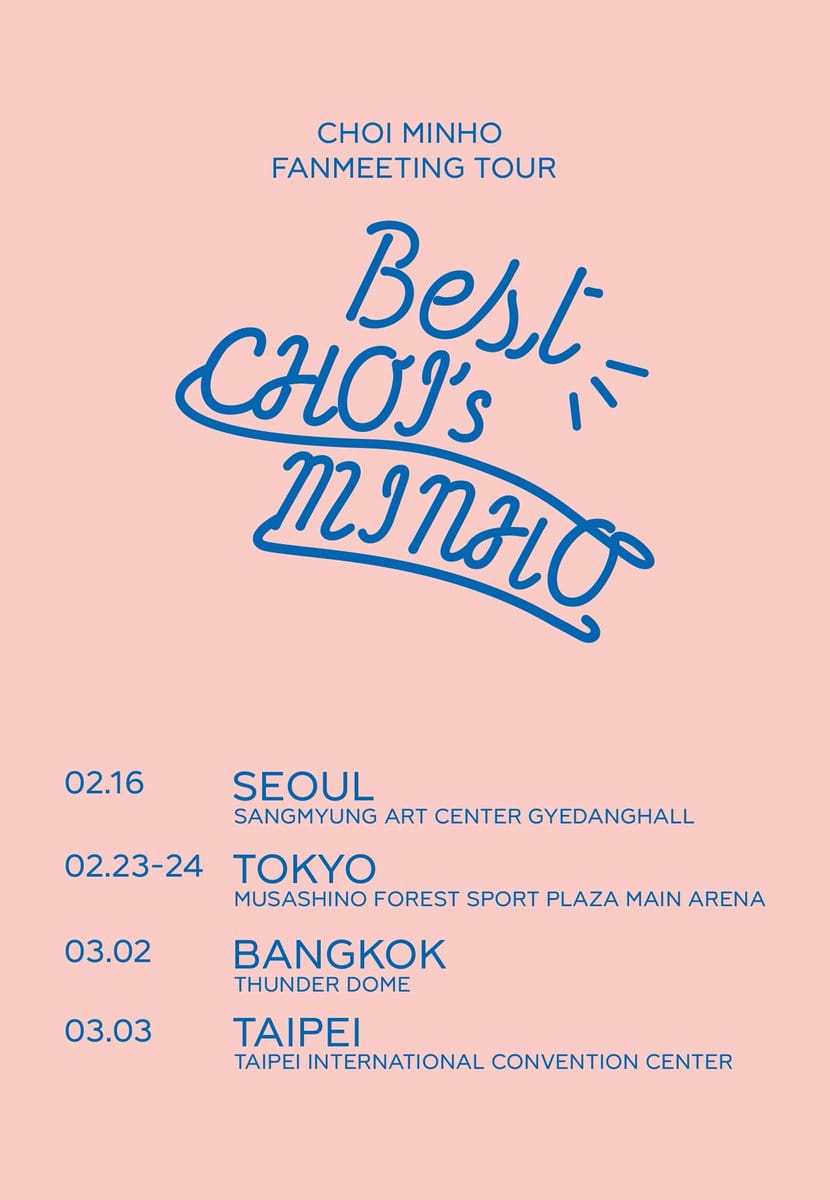 Minho has not only been active and loved as a member of SHINee, but he has also made his mark through a wide variety of activities including dramas, films, and variety shows. He is said to be preparing an exciting event that will showcase his many charms.

Minho is currently working on the upcoming film “Jangsa-ri 9.15,” playing the role of Choi Sung Pil, a key figure who helped lead student soldiers in the Battle of Jangsa.

Are you excited for Minho’s upcoming fan meeting tour?