“Legal High” is the remake of the Japanese drama of the same name. It tells the story of an arrogant lawyer named Go Tae Rim (played by Jin Goo), who has a 100 percent success rate and knows how to manipulate the law. He teams up with a rookie lawyer named Seo Jae In (played by Seo Eun Soo), who believes in justice.

The poster shows Jin Goo’s transformation into a monster lawyer. His unique hairstyle, dubbed the “hook hairstyle,” will be his signature look that conveys his determination to rake in money and success. It also shows that he’ll take on any case as long as he’s paid a hefty legal fee.

Go Tae Rim has a sharp tongue, arrogant attitude, and zero humanity, but has outstanding skills. He believes that a trial where he doesn’t win is meaningless and shouts that he’ll give up being a lawyer and a human if he loses a case. It says on the poster, “Is there any other lawyer like this in the world?”

A source from the drama said, “The poster that was revealed today impactfully portrays Go Tae Rim’s character. This was possible because of Jin Goo, who has already become Go Tae Rim. Every one of his expressions and actions is Go Tae Rim-like. Please look forward to what the live version of Go Tae Rim will look like when the drama airs in February.” 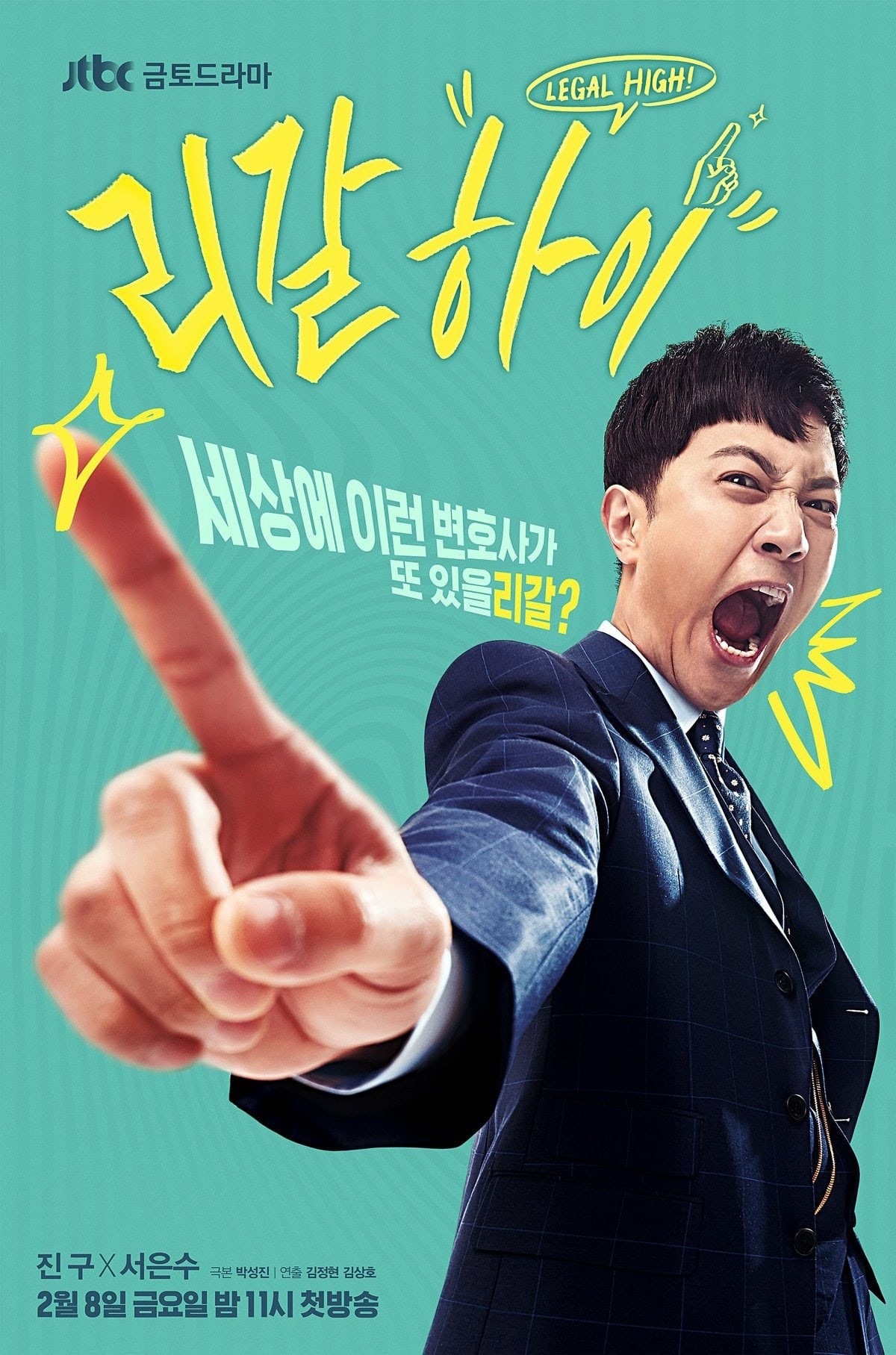 A source from the drama stated, “It’s to the point where I think that Jin Goo is the only one who can express all of the seriousness, silliness, and comedy. Please look forward to the creation of a never-before-seen, new lawyer and Jin Goo’s shocking acting transformation. We will air after ‘Sky Castle’ and target the small screen with a hilarious drama. Please look forward to the first episode with interest.”

“Legal High” is based on a Japanese drama that aired on Fuji TV in 2012 and 2013. Writer Park Sung Jin of “Detectives in Trouble,” “Miss Mamma Mia,” and director Kim Jung Hyun of “Gu Family Book,” “Mrs. Cop 2,” and “Hwayugi” will work together on this drama.

Jin Goo
Legal High
How does this article make you feel?