EXO’s Lay will be going to the 61st Annual Grammy Awards!

On January 9, China Music Vision Ltd. (the exclusive partner of Grammy Awards in China) announced that Lay will be attending both the red carpet and live ceremony of this year’s Grammy Awards. Lay will be attending as FM101’s music ambassador, and he is the only artist who has received an invitation from China Music Vision and FM101 to attend the show. 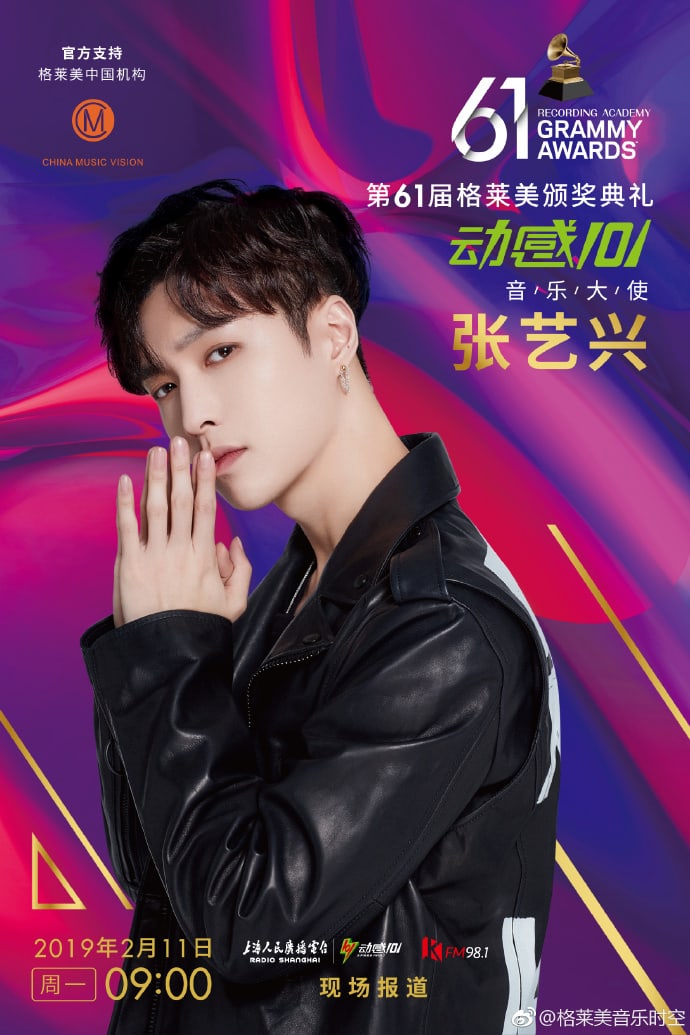 He released his third solo album “NAMANANA” last October, which became his first release to enter the Billboard 200 chart when it took No. 21, the highest ranking ever reached by a Chinese artist on the chart.

The 61st Grammy Awards will take place on February 10 at the Staples Center in Los Angeles and air at 8 p.m. on CBS.