The director of tvN’s “Touch Your Heart” shared his thoughts on his upcoming drama and the chemistry between stars Lee Dong Wook and Yoo In Na!

“Touch Your Heart” is a romantic comedy that will tell the love story of perfectionist lawyer Kwon Jung Rok (played by Lee Dong Wook) and A-list actress Oh Yoon Seo (played by Yoo In Na). The drama will be helmed by director Park Joon Hwa, whose previous works include the hit dramas “What’s Wrong with Secretary Kim,” “Because This is My First Life,” and “Let’s Eat.”

When asked why he had chosen “Touch Your Heart” as his first project after “What’s Wrong with Secretary Kim,” Park Joon Hwa replied, “I’ve always thought that it was charming how lawyers treat their clients with sincerity. In ‘Touch Your Heart,’ a star who previously lived a glamorous life ends up working at a law firm under false pretenses, and together with a lawyer, she meets [the firm’s] clients with a sincere heart. I was drawn to the story because of how the two characters recognize each other’s sincerity during those kinds of everyday moments.”

He added, “Once I started working on the drama, I found that it had elements that were not so easy [to express], but the writers are doing a good job, so I’m putting my faith in them as we move forward.”

He went on to confess, “I would be lying if I said that there isn’t a certain amount of pressure that comes with casting Lee Dong Wook and Yoo In Na together. But I have faith that the two actors will do a great job.” 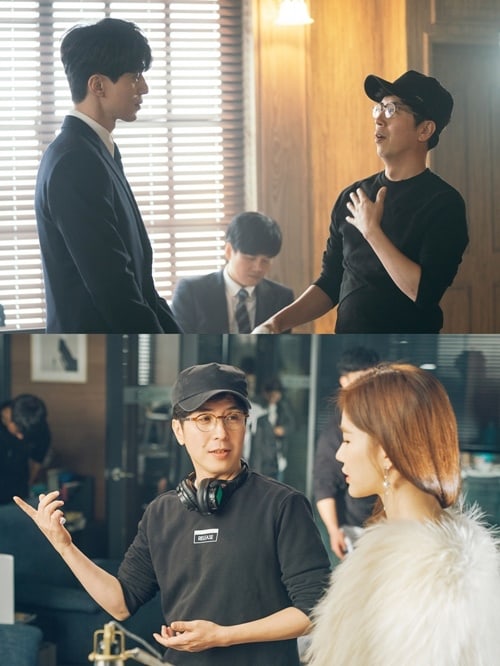 Park Joon Hwa commented, “It’s really fun filming together with multi-faceted actors. Not only Lee Dong Wook and Yoo In Na, but Son Sung Yoon, Oh Jung Se, Shim Hyung Tak, Jang So Yeon, and Lee Joon Hyuk all fit their characters perfectly. More than anything, the actors’ chemistry is explosive, so I find myself beaming with pride [during filming].”

When asked about his goals for the upcoming drama, he replied, “My goal for ‘Touch Your Heart’ is to ‘touch viewers’ hearts’ with my directing. I will work hard so that the warm hearts of the people working on this drama with me will be conveyed to viewers.”

The director also mentioned that “Touch Your Heart” may feature some exciting cameo appearances. “There are many actors from the ‘What’s Wrong with Secretary Kim’ cast that I’d like to ask to make a cameo appearance,” he shared. “I think that I’ll need to take an active role in casting them.”

Park Joon Hwa went on to reveal that viewers can look forward to an unexpected cameo in the very first episode of the drama. He hinted, “There is a handsome actor appearing in the first episode of ‘Touch Your Heart’ whom I’d like to resemble if I were to be born again. It was my first time working with him, and it was truly delightful. Please look forward to it.” 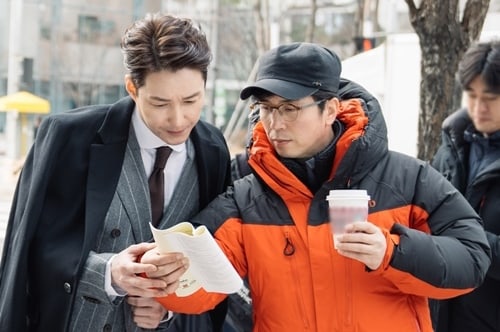 “Touch Your Heart” premieres on February 6 at 9:30 p.m. KST and will be available with English subtitles on Viki. In the meantime, check out behind-the-scenes footage from the upcoming drama here!

You can also watch the first episode of “What’s Wrong with Secretary Kim” with English subtitles below: