On the latest episode of SBS’s “We Will Channel You,” BIGBANG’s Seungri went to his father’s hometown to visit his grandfather’s grave.

During the January 10 broadcast, Seungri revealed, “My father used to do judo but learned golf and became a professional golfer. He practiced indoors where he met my mother who worked there and got married at the age of 29. Then I was born.”

Then he shared, “I grew up to be in a great group called BIGBANG and I was able to work globally. I’m receiving an overwhelming amount of love. So I’m going to visit my father’s hometown with the concept of a ‘glorious return.'”

Therefore, Seungri headed down to Yeonggwang County and started to search for his grandfather’s grave. However, due to the sudden fall of heavy snow, he got lost and eventually called his father. Seungri asked, “Where are you?,” and his father replied, “I went to the gym, and now I’m heading home.” Surprised, Seungri questioned, “You go to the gym?,” and his father answered, “Yes, I go to the gym every morning.”

When Seungri revealed he was at his father’s hometown, his father asked in a humorous tone, “What are you going there for?” Seungri explained to him about the opening of his personal channel, and his father started giving him vague directions. His father stated, “Go to the town’s main road and head up there in a car.” Flabbergasted, Seungri commented, “Anyone can say that easily.” 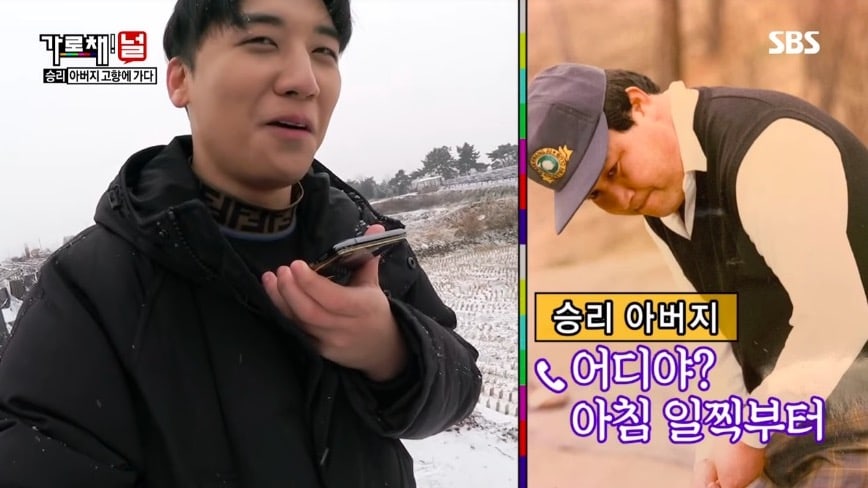 His father attempted to give directions once more. He asked, “Do you see the village hall on your left?” Seungri turned the camera to his left, which showed nothing but an empty field blanketed with snow. In surrender, Seungri fibbed, “I do.” His father asked, “There’s a house to your right, isn’t there?” Seungri turned the camera to his right to show there was no house, and yet he replied “Yes.” Then his father said, “All you have to do is go that way. Just go straight with your instincts.”

After they finished their call, Seungri commented on how cold it was and said, “Is this what it’s like when you go to the army?” He added, “Wow, my hyungs must be so cold,” appearing to be referring to his fellow BIGBANG members in the army. 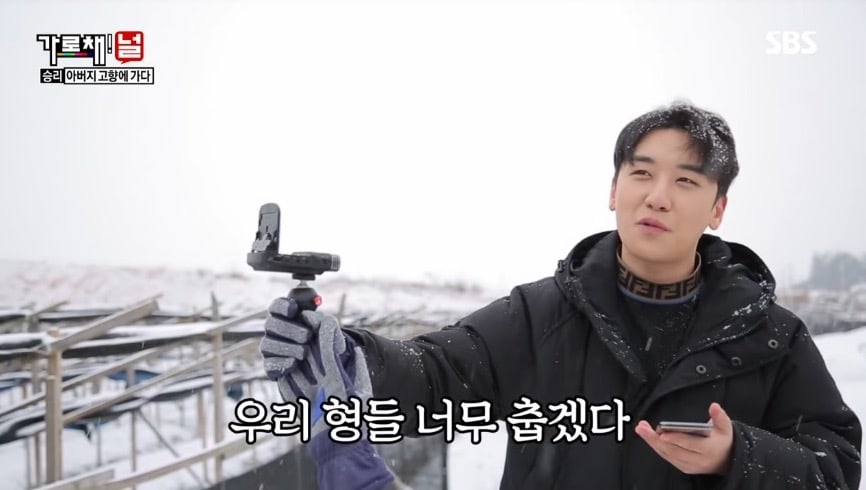 Seungri looked hopeless at his father’s unhelpful directions, but eventually, he managed to find his grandfather’s grave. He made a video call with his parents who pointed out his name engraved in Chinese characters. Then he paid his respects to his late grandfather by bowing in front of his grave.

Seungri said, “Actually, I don’t know what my grandfather looks like since he passed away before I was born, but I always think he’s protecting me from somewhere.” 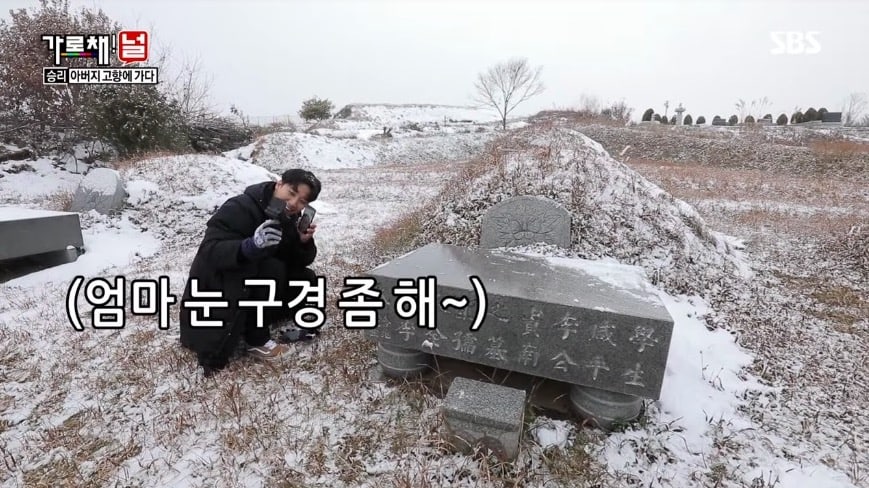