Luna spoke about the inspiration behind her newest solo release and support from her fellow f(x) members.

On January 10, the singer appeared as a guest on SBS LoveFM’s “Kim Chang Ryul’s Old School” to promote her new solo digital single.

After she introduced “Even So,” DJ Kim Chang Ryul said that he heard all three songs on the album were composed by Luna.

“That’s right,” said Luna. “I write in my diary every day even now. It’s a song I wrote after being inspired from reading my diary.”

Luna then made everyone in the studio burst into laughter when she said, “Amber was the first one who contacted me, but she always criticizes me. After watching the first performance of my new song, Amber said, ‘Don’t act sexy. It’s too risqué.'”

She added, “Since the members promote in different places around the world, we can’t gather often. But since I’m doing solo promotions, they all cheered for me. I feel confident thanks to the members.” 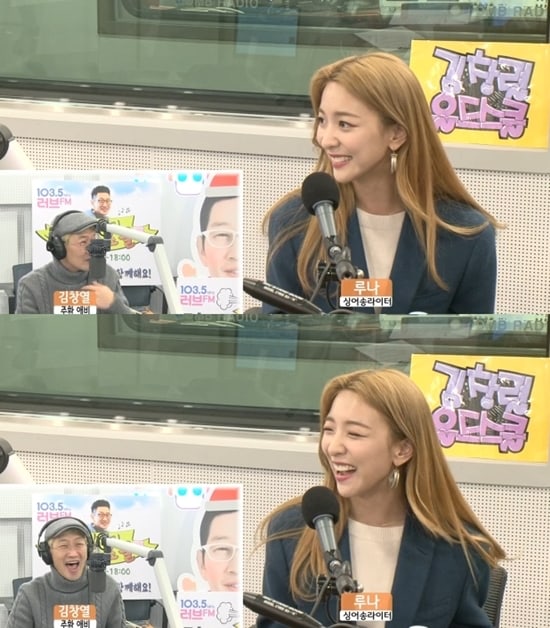 “There was a time I was in a band in high school,” said Luna. “The people that worked on this album are my friends who made music with me. If the opportunity presents itself, I want to create a band with these friends and perform often in front of my fans.”

When one listener talked about Luna’s b-side track “Bye Bye,” she explained, “It’s a song I made with my older brother. My dog died four years ago. A small life came into our lives and helped my family become closer. I felt sorry and thankful thinking back to that time, so I made a song from the perspective of a dog.”

She added, “Recently, there are many stories about abandoned dogs and cats. I thought that it shouldn’t be something that’s ignored and released this song in hopes that it would help.”

Luna has also actively promoted as a musical actress. “I remember ‘Legally Blonde’ the most,” said the singer. “It was my first musical. I lacked so much confidence at that age. I also had difficulty singing because I hadn’t fully recovered from vocal fold nodules. But I participated in the musical, learned vocalization methods, and I got better.”

As a singer and musical actress, Luna gave advice to a listener who asked her about becoming a musical major. “I think it would be good for you to learn classical music,” replied Luna. “Physical appearances are important these days as well, so I recommend ballet.”