Things are getting more complicated for Joo Sang Wook and Lee Min Jung in SBS’s weekend drama “Fates and Furies.”

The drama has released new stills showing the pair meeting with Tae In Joon (Joo Sang Wook)’s parents. His father and stepmother have different reactions about his relationship with Goo Hae Ra (Lee Min Jung).

First, Goo Hae Ra meets with Han Sung Sook (Song Ok Suk), Tae In Joon’s stepmother. Goo Hae Ra tries to remain calm as Han Sung Sook observes her with an intrigued expression on her face. Considering the fact that she isn’t on the best of terms with Tae In Joon, it will be interesting to see what kind of conversation the two share.

The production staff stated, “After learning about the shocking truth of her sister’s past, Goo Hae Ra will be on a war path as she seeks revenge. We think viewers will be interested to see what kind of synergy Goo Hae Ra and Han Sung Sook will have.” 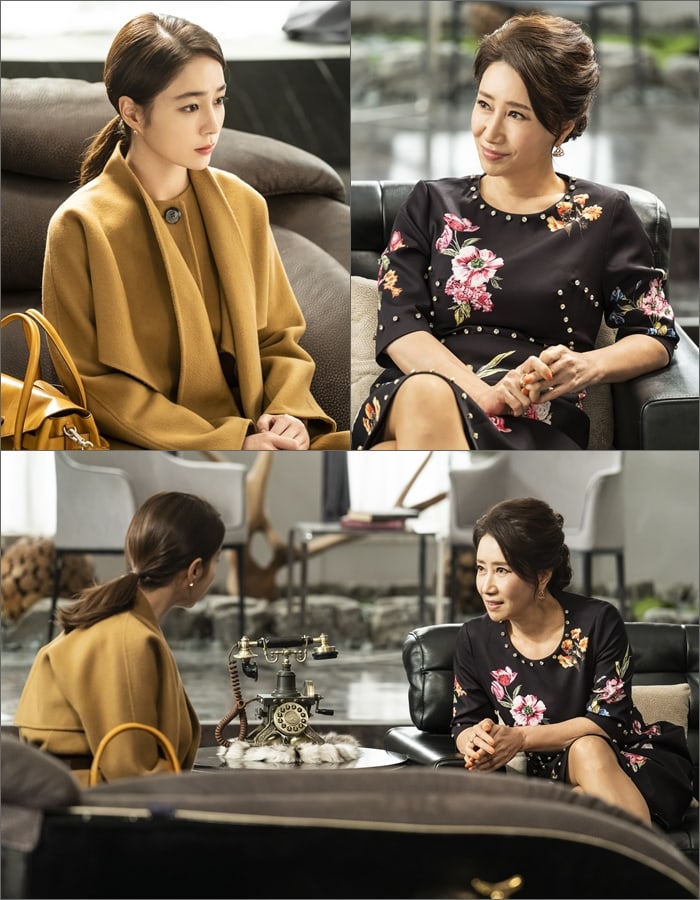 Meanwhile, Tae In Joon and his father Tae Il Poon (Go In Bum) are having a tense standoff as they glare at each other. Tae In Joon refuses to step down from his stance while Tae Il Poon looks like he’s ready to explode, and as their voices raise in volume, the father grabs at the back of his neck as though his blood pressure is skyrocketing because of his son.

With Goo Hae Ra, however, Tae In Joon is as sweet as can be, hugging her and looking at peace. He looks a little worn down but is able to smile as he holds her in his arms. The production staff stated, “As the romance between Goo Hae Ra and Tae In Joon deepens, his relationship with his father will worsen. We hope viewers will continue to watch Tae In Joon and Goo Hae Ra as they try to navigate through the various obstacles that stand in the way of their relationship.” 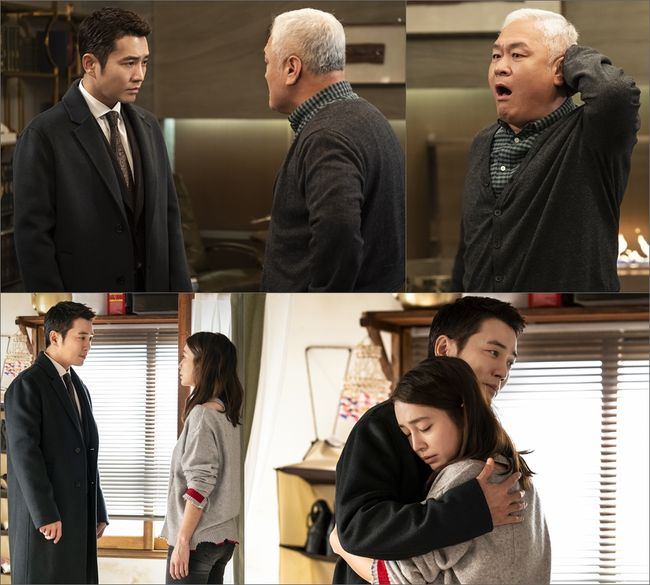 “Fates and Furies” is a melodrama that tells the story of four people, a woman who loves a man to change her fate, a man who loves a woman because he believes she’s his fate, a woman who tries to get a man to fulfill a goal, and a man who tries to win that woman back out of revenge. The drama’s next episodes will air on January 12 at 9:05 p.m. KST.