On the latest episode of JTBC’s “Ask Us Anything,” Block B’s P.O shared a story about a time he felt betrayed by WINNER’s Song Mino!

P.O and Kwanghee appeared together as guests on the January 12 episode of “Ask Us Anything,” where P.O asked the cast to guess why he had once felt betrayed by his close friend Song Mino. He talked about a time before their debut, explaining that he and Song Mino had decided to go on an intense diet because they wanted to become a hip hop duo.

P.O went on to recall a time that the two of them had gone to the sauna together. He revealed, “It was my first time going on an intense diet, so when I got out of the hot tub, I fainted.” He then asked the “Ask Us Anything” cast members to guess what had happened afterwards to make him feel so betrayed by his friend.

Super Junior’s Kim Heechul amusingly guessed that P.O had felt betrayed because Song Mino hadn’t covered up his “embarrassing [body] parts” for him with a towel after he fainted, but his answer proved incorrect. 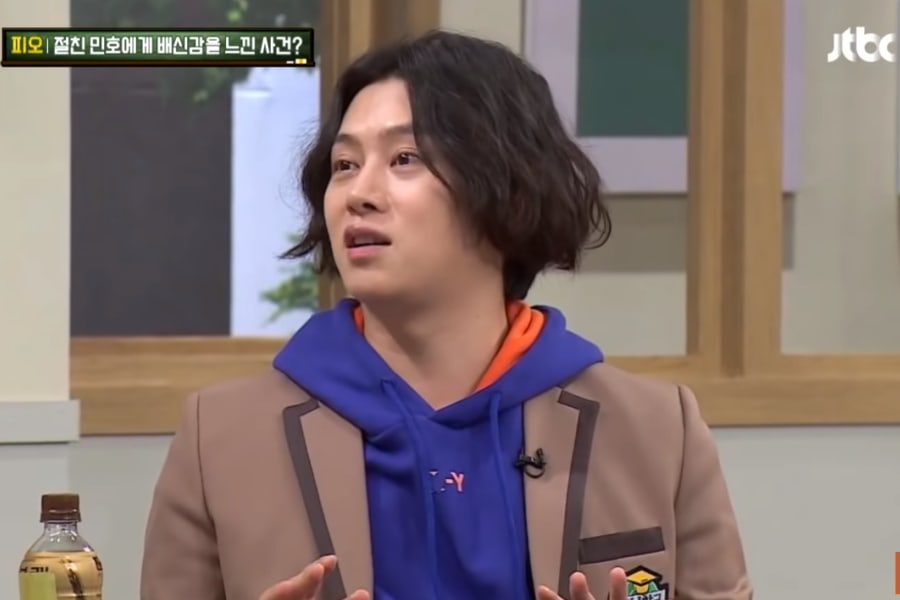 Seo Jang Hoon whispered to Kim Young Chul that he was sure that the correct answer was that P.O had woken up and caught Song Mino eating by himself. Kang Ho Dong made a similar guess, suggesting, “The important part isn’t that he fainted, it’s what happened after he woke up. Mino was hungry, so he had already ordered himself black bean noodles, and when [P.O] woke up and saw Mino eating, he felt betrayed.”

Seo Jang Hoon then urged Kim Young Chul to say the answer that he had told him before. Kim Young Chul guessed, “Mino bought banana milk, bread, and all these delicious snacks, and he was eating them by himself when you woke up.” When P.O hesitatingly said that he was incorrect, Kim Young Chul realized that he had guessed the wrong food and began yelling out other possibilities.

Kwanghee then guessed the correct food, which was smoked eggs, a popular Korean sauna snack. 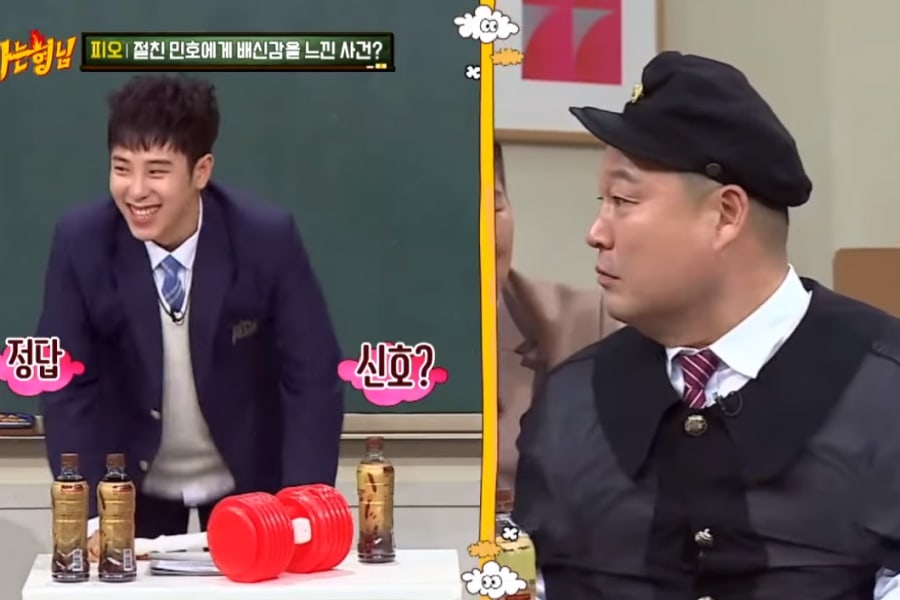 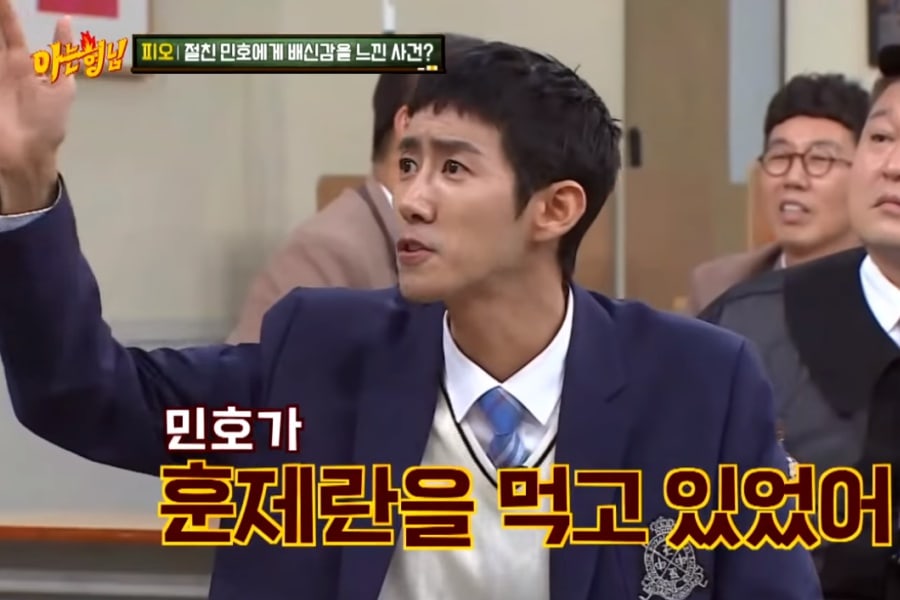 P.O went on to reveal the whole story, explaining, “The two of us wanted to become a hip hop duo, so we decided to go on an intense diet together where we lost over 10 kilograms. When I first got out of the hot water, I felt my head spin, and I fainted on the bathhouse floor. Mino somehow managed to lift me up and place me on one of the benches in the bathhouse. I woke up later [and looked beside me], but Mino wasn’t there. I looked around, and far off in the distance, I saw the hunched-over bare back of someone who looked like Mino. This guy was peeling eggs by himself, while I was unconscious and lying naked on a bench.”

He continued with a laugh, “The most upsetting part was that we were on this diet together and he was eating these eggs behind my back. He had already peeled one and was eating it while peeling another egg. I went up to him, and he saw me and looked so shocked. Normally, he should have said something like, ‘Oh, you woke up?’ or ‘Are you okay?’ But instead, he handed me the egg in his hand without a single word. So I just ate it and pocketed a second egg to take home.”

WINNER
Block B
Song Mino
Ask Us Anything
P.O
How does this article make you feel?