WJSN (Cosmic Girls)’s Dayoung and Luda spoke about being fans of Girl’s Day and SHINee on the latest episode of tvN’s “Amazing Saturday”!

The two WJSN members appeared as guests on the January 12 episode of the variety show, which features Girl’s Day’s Hyeri and SHINee’s Key as cast members. During the show, Dayoung revealed, “When I was a trainee, I always performed Girl’s Day songs during our monthly evaluations. When we covered ‘Twinkle Twinkle,’ we even wore the same outfits to imitate [Girl’s Day].”

She added, “There was a time that we met Girl’s Day at a special outdoor performance, and they greeted us with big smiles. When we first heard that we’d be meeting Girl’s Day, I was [so nervous], and I worried whether they’d be scary, but they were so kind.”

Key jokingly teased Hyeri by saying, “If Sojin were here, [Dayoung] would’ve said, ‘Sojin, I’m so grateful to you’ [instead].” However, Dayoung emphasized, “I’m really a big fan of Hyeri,” and Hyeri repeated proudly, “Yeah. She said she’s my fan.” 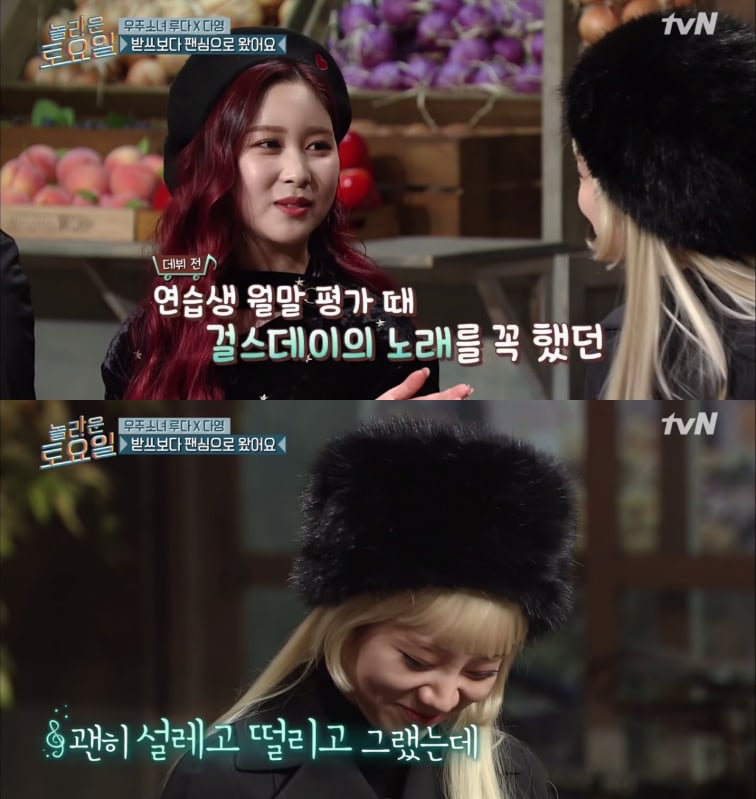 Host Boom then revealed that Luda had her own good story to share about Key.

“When I was young, you were promoting ‘Replay,'” explained Luda. “I have a tendency to hear things the way I want to hear them. So I heard the lyrics ‘Noona is so pretty’ [from the song’s chorus] as ‘Luda is so pretty,’ which made me happy. I would wake up in the morning [listening to the song] and say, ‘Thank you.'”

Key smiled after hearing her story, and the other cast members asked him to sing the song for her. Key then stood up and sang “Replay” with the lyrics changed to include Luda’s name. 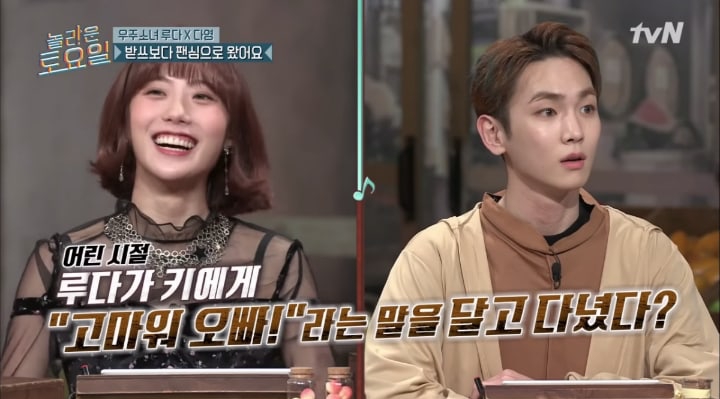 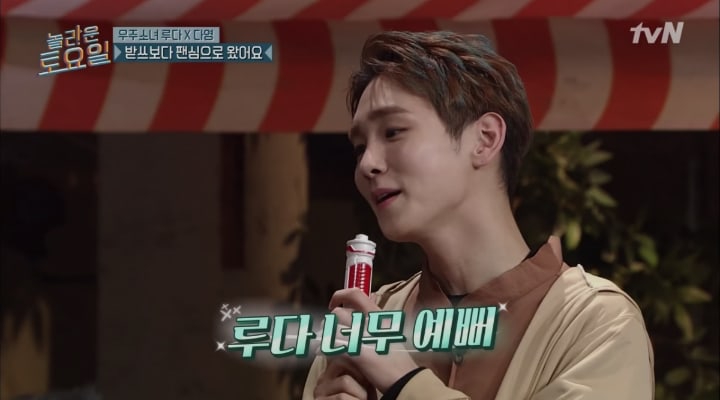 Key then suggested that Hyeri sing “Twinkle Twinkle” for Dayoung. Instead, Hyeri and Dayoung ran up to the front of the set and performed the song together.

When Hyeri praised the WJSN member on her dance moves, Dayoung replied, “I worked really hard to match the dance. But I’ve forgotten a lot of the details.”

Check out the clip of Key’s serenade for Luda, along with Hyeri and Dayoung’s joint dance performance, below!