Super Junior’s Eunhyuk had some honest words of advice for the aspiring idols on MBC’s “Under 19.”

On the January 12 episode of the survival show, the contestants prepared for their performances for their third mission. During the episode, Eunhyuk paid a surprise visit to the team practicing BEAST’s “Fiction” in order to evaluate their progress as a celebrity director.

The contestants performed what they had practiced so far in front of Eunhyuk. Because the choreography for “Fiction” involves many parts where the performers must stand still, it is important for the performers to have good concentration and to express the emotions of the song through their facial expressions.

After watching their performance, Eunhyuk commented, “Are you guys going to perform halfheartedly like this? Before I turned on [the music], I asked you guys to do it as if you were performing on stage. This isn’t even at the level of a school talent show.”

He went on to ask, “Did you guys give it your all [just now]?” and Choi Soomin replied, “I think we gave it about 80 percent.” Eunhyuk responded, “You guys need to give about 120 percent or 150 percent [during practice] in order to show 80 percent on stage.”

He added, “I know [Choi] Soomin and [Kim] Sungho haven’t had a lot of dancing experience, but it’s not right to perform halfheartedly like this. Especially [Shin] Chanbin and [Lee] Jongwon: how could you guys dance like that when you’re on the dance team? I’m so disappointed. How can you perform so halfheartedly?” 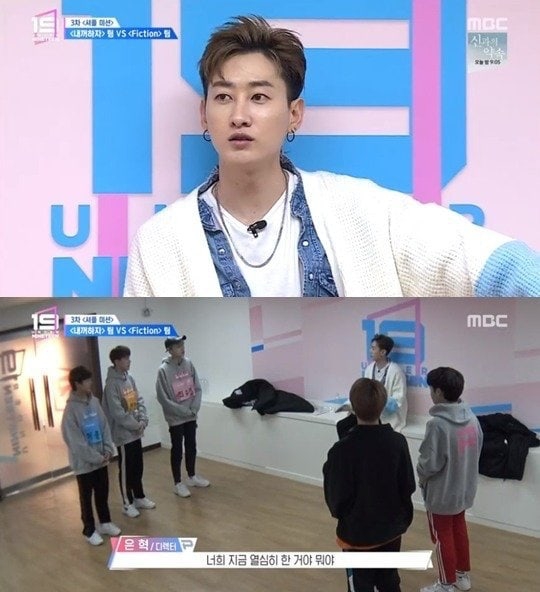 Unfortunately, the “Fiction” team went on to face even more obstacles. Four days before the performance, Choi Soomin revealed, “My right knee is so swollen that I can’t perform on stage. I’m sure you guys are really shocked, since our positions and parts have already been decided.”

Leader Shin Chanbin then recreated the choreography for five members and tried to include moves that Choi Soomin would be able to perform on stage. 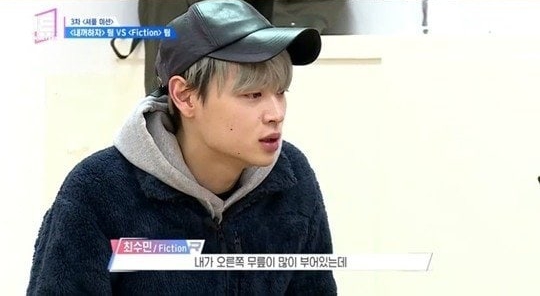 Super Junior
Eunhyuk
Under 19
How does this article make you feel?