tvN’s “Coffee Friends” is a unique reality show inspired by Yoo Yeon Seok and Son Ho Jun‘s donation project in 2018 where they gave out cups of coffee in return for donations.

On the show, the two actors chronicle their days of running a brunch cafe on a tangerine farm on Jeju Island where the profits will go to charity.

Yoo Yeon Seok has been praised for giving viewers positive energy. Here are some of the ways that the actor has been warming the hearts of viewers on the show:

Yoo Yeon Seok wowed viewers with his careful attention to details. Before the opening of the cafe, he always took notes about the interior designing, meetings, and cooking. He also practiced repeatedly and showed determination as a budding chef. Since the cafe would be run by the customers’ voluntary donations, he thought a lot about customer satisfaction and consistently worked hard to serve delicious food.

Watching and listening to customers

When many customers rushed into the cafe, Yoo Yeon Seok used his quick sense of judgment and calmly dealt with the situation. Even when he was busy, the actor listened to the customers’ feedback and always had a smile on his face when speaking to customers. He explained the ingredients on the menu and approached the customers first. 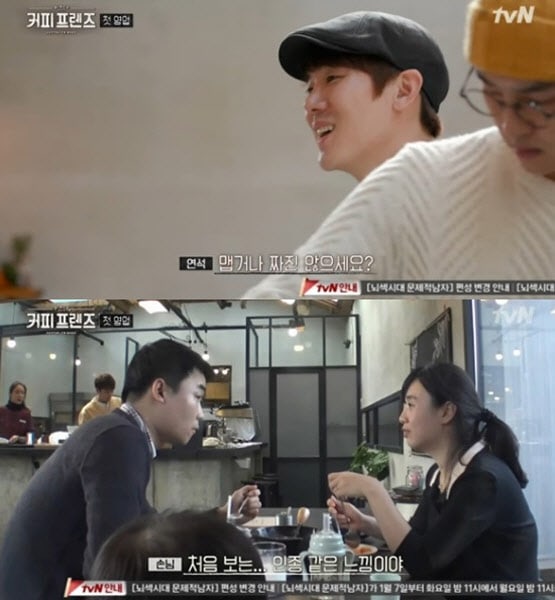 Yoo Yeon Seok took great care of his staff including Son Ho Jun, Choi Ji Woo, Yang Se Jong, and Jo Jae Yoon. Even during the cafe’s busiest times, he encouraged his co-workers and struck up conversations with them.

The biggest reason why Yoo Yeon Seok is loved by viewers is because of his sincerity. He is still continuing with his own donation project, which he has planned and operated himself, and has taken on the brunch cafe with a serious attitude.

Yoo Yeon Seok
Coffee Friends
How does this article make you feel?