Kang Ho Dong Says He Hopes His Son Grows Up To Be Like Block B’s P.O

Kang Ho Dong had no shortage of praise for Block B’s P.O on JTBC’s “Ask Us Anything”!

P.O made a guest appearance on the January 12 episode of the variety show, where he mentioned that Kang Ho Dong had thrown him off guard with a recent compliment.

The two stars recently filmed several programs together, including tvN’s “New Journey to the West” and “The Great Escape.” P.O recalled, “[After filming ‘New Journey to the West’], before we went home, he hugged me and quietly said, ‘I hope that my son Shi Hoo grows up to be like you.’ It made me wonder whether I deserved to hear that kind of praise.”

Kang Ho Dong explained, “When we were filming ‘New Journey to the West,’ P.O was a new addition to the cast. There must have been many things that were unfamiliar to him, but he was fearless in overcoming each and every obstacle, one at a time. In my eyes, he looked very admirable.”

He added, “He’s a junior that I really respect.” 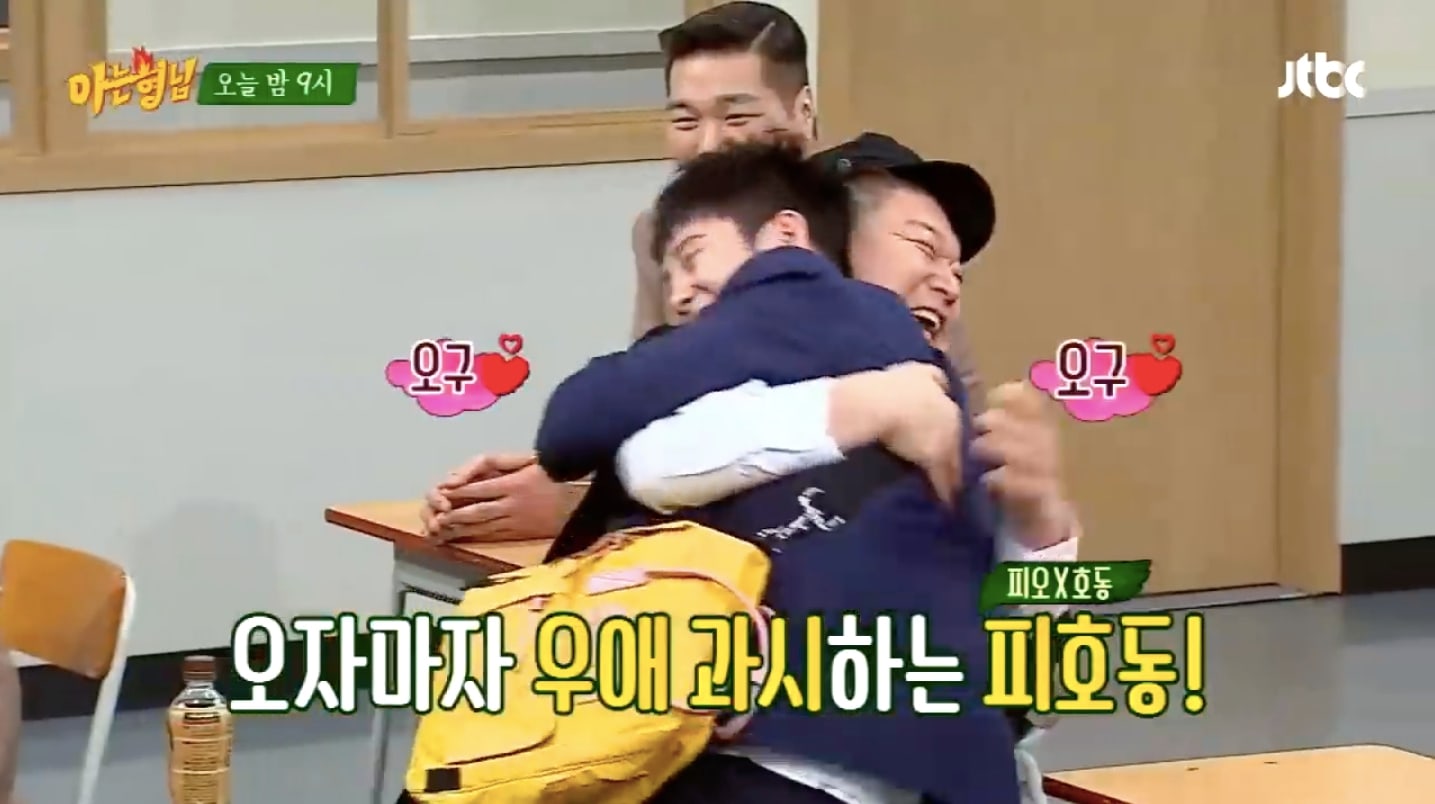 Block B
new journey to the west
Ask Us Anything
Kang Ho Dong
P.O
How does this article make you feel?