Viewers have been given a first look at the supporting roles in tvN’s “Romance is a Bonus Book.”

“Romance is a Bonus Book” is a romantic comedy about people who work in the publishing world. It will center around Kang Dan Yi (played by Lee Na Young), who used to be one of the greatest copywriters but is currently struggling to find work, and Cha Eun Ho (played by Lee Jong Suk), who is a star writer and an idol of the literature world.

In the stills, Jung Yoo Jin has completely transformed into charismatic editor Song Hye Rin. Dressed in chic office wear, she gives viewers a glimpse at her character who is a perfectionist and doesn’t allow any mistakes. 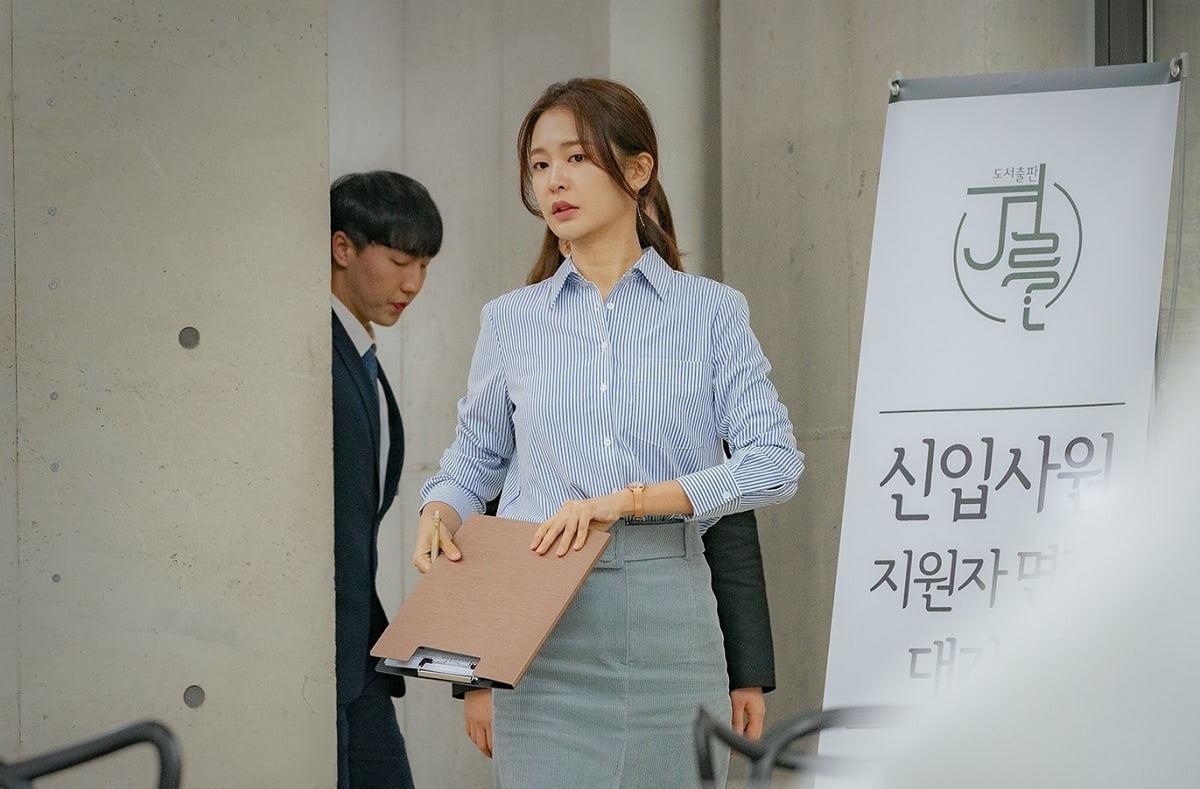 Armed with beauty and confidence, Song Hye Rin is strong-willed at all times except when she is in front of Cha Eun Ho, making viewers wonder about the story behind her and Gyeoru’s youngest editor-in-chief.

Jung Yoo Jin has received love from viewers for her realistic and relatable acting in previous works including JTBC’s “Pretty Noona Who Buys Me Food” and SBS’s “30 but 17.”

A source from the drama said, “Jung Yoo Jin’s unique liveliness is adding onto Song Hye Rin’s charms. She will work hard as a character who amplifies tension and ecitement between Lee Na Young and Lee Jong Suk.” 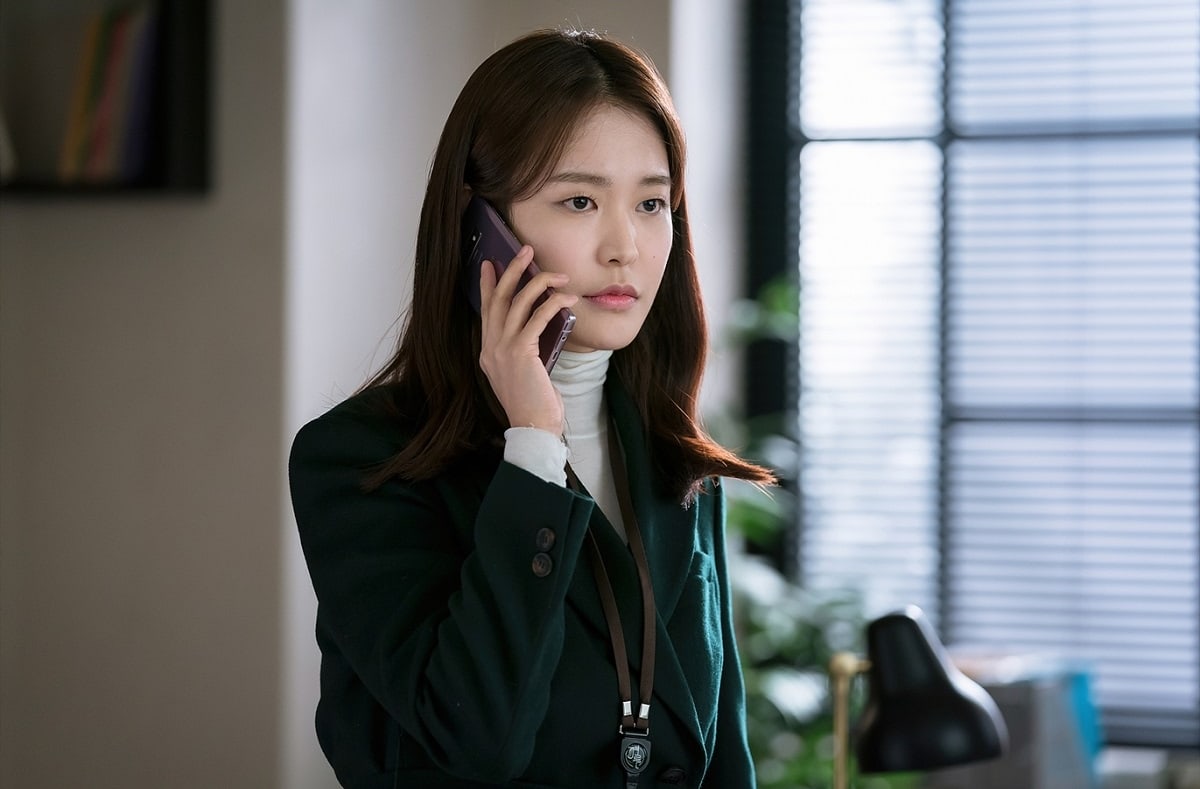 Wi Ha Joon will appear in “Romance is a Bonus Book” as a sweet guy named Ji Seo Joon who will steal women’s hearts.

In the stills, Ji Seo Joon looks handsome as he walks his dog and holds up his camera to snap a photo outdoors. He has the charms of a romantic, a sentimental gaze, and a heartwarming smile.

Ji Seo Joon is a freelance book designer who is known in the industry for his skills. He is kind to everyone but also knows how to make a point with straightforward statements and actions. He is pure but also has the determination to achieve whatever he sets his mind to. He will suddenly appear in front of Kang Dan Yi and stir up tension between Kang Dan Yi and Cha Eun Ho. 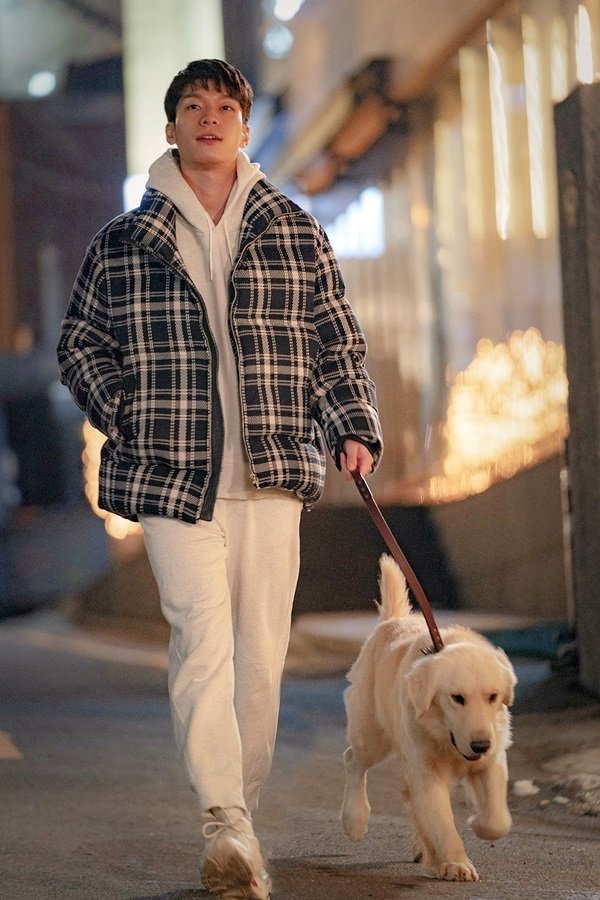 Wi Ha Joon has grabbed the attention of many viewers through his past appearances in KBS 2TV’s “My Golden Life,” JTBC’s “Pretty Noona Who Buys Me Food,” and MBC’s “Matrimonial Chaos.”

A source from the drama stated, “Wi Ha Joon’s soft, simple charms match perfectly with Ji Seo Joon’s character. Wi Ha Joon, who has stood out in various dramas, will be able to definitely show his unique charms through ‘Romance is a Bonus Book.'” 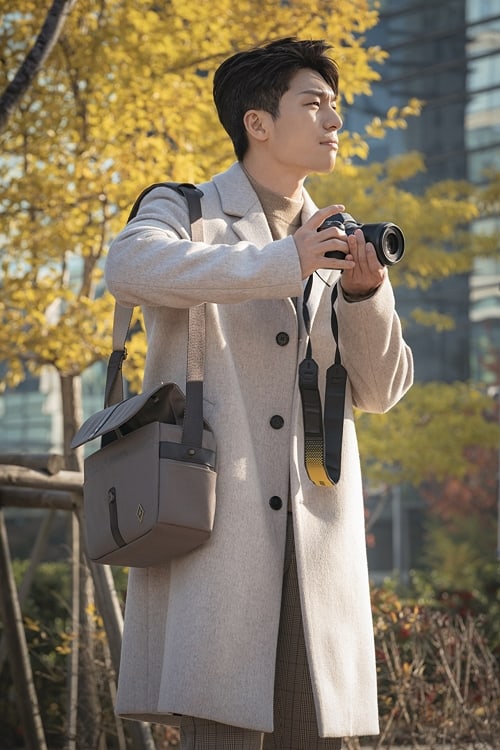 “Romance is a Bonus Book” will premiere on January 26 at 9 p.m. KST as the follow-up to “Memories of the Alhambra.”

Jung Yoo Jin
Wi Ha Joon
Romance is a Bonus Book
How does this article make you feel?