Kang Ho Dong has nothing but love and a bit of teasing for his close friend Lee Seung Gi.

The TV personality was none other than the “hint fairy” for the newest master on the January 13 episode of “Master in the House.”

Rather than give hints about their new master, Kang Ho Dong tried to hide his identity and offered the cast hints as to who he was. However, he hilariously failed as the cast guessed after hearing his voice. On his failed attempt, he joked, “I feel like I had to do something.”

Kang Ho Dong first expressed his affection for Lee Seung Gi, saying, “Seung Gi! Can you live without me?” Lee Seung Gi joked right back, “I’ve been living without you for five years now. I went to the army, came back, and everything else in the past five years.” 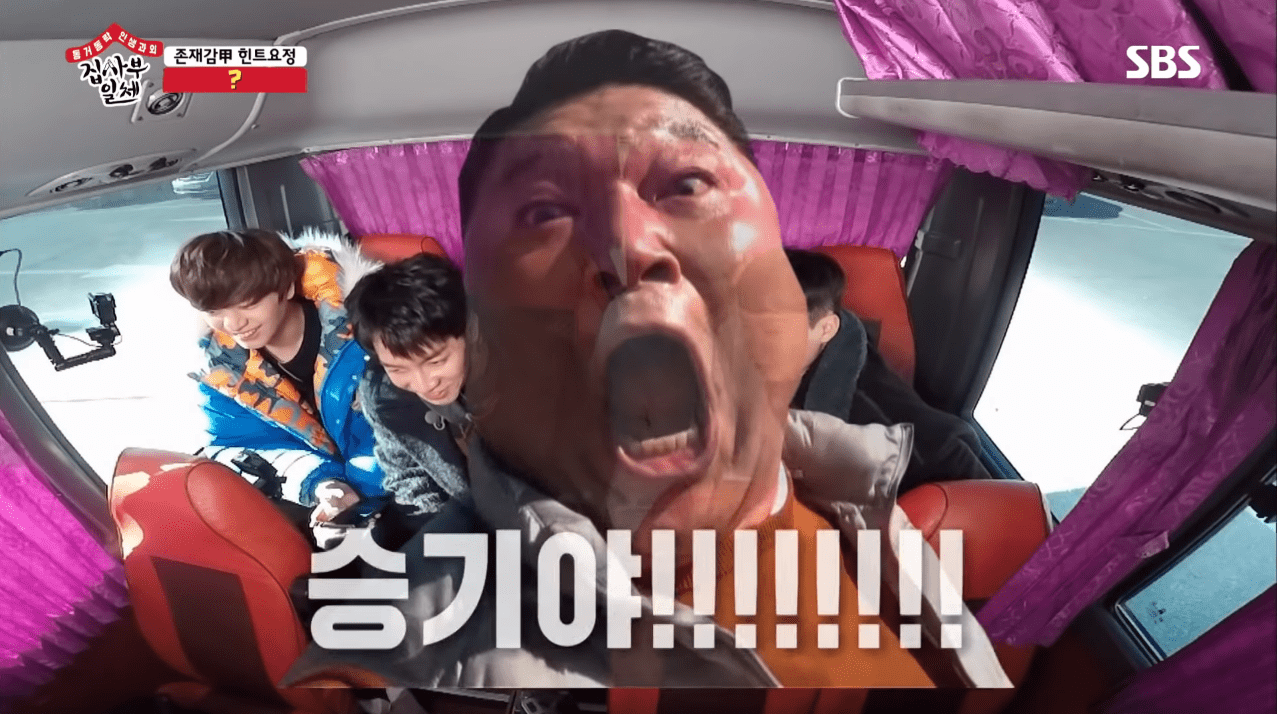 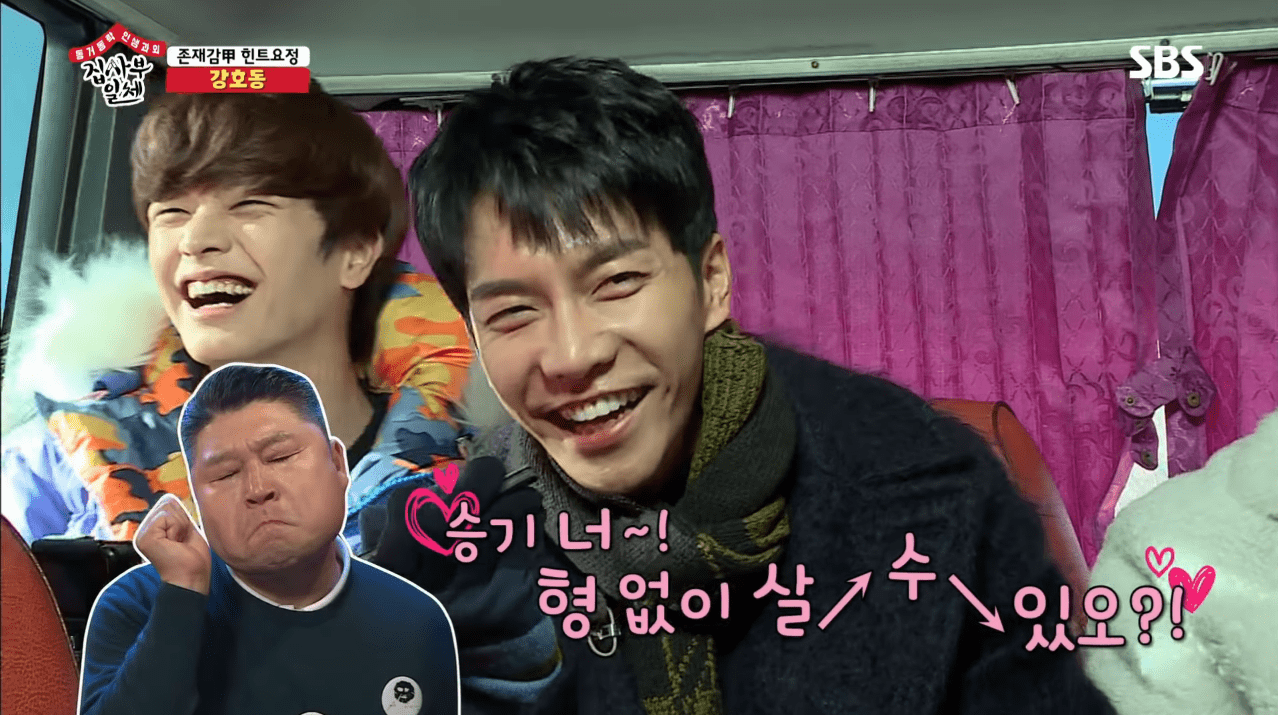 Kang Ho Dong then remarked, “You know the trend for shows these days is being honest. Can I ask you things like something that I’m so curious about or something that makes my heart race? Can I say such things on television?” Lee Seung Gi easily agreed and teased, “You’re going to ask me anyways, so go ahead.”

The actress previously appeared on the show to congratulate the cast and the show on their one-year anniversary. Lee Seung Gi questioned why he was asking such questions, and Kang Ho Dong pointed out, “I know Seung Gi really well, and it was my first time seeing that kind of expression on his face.” 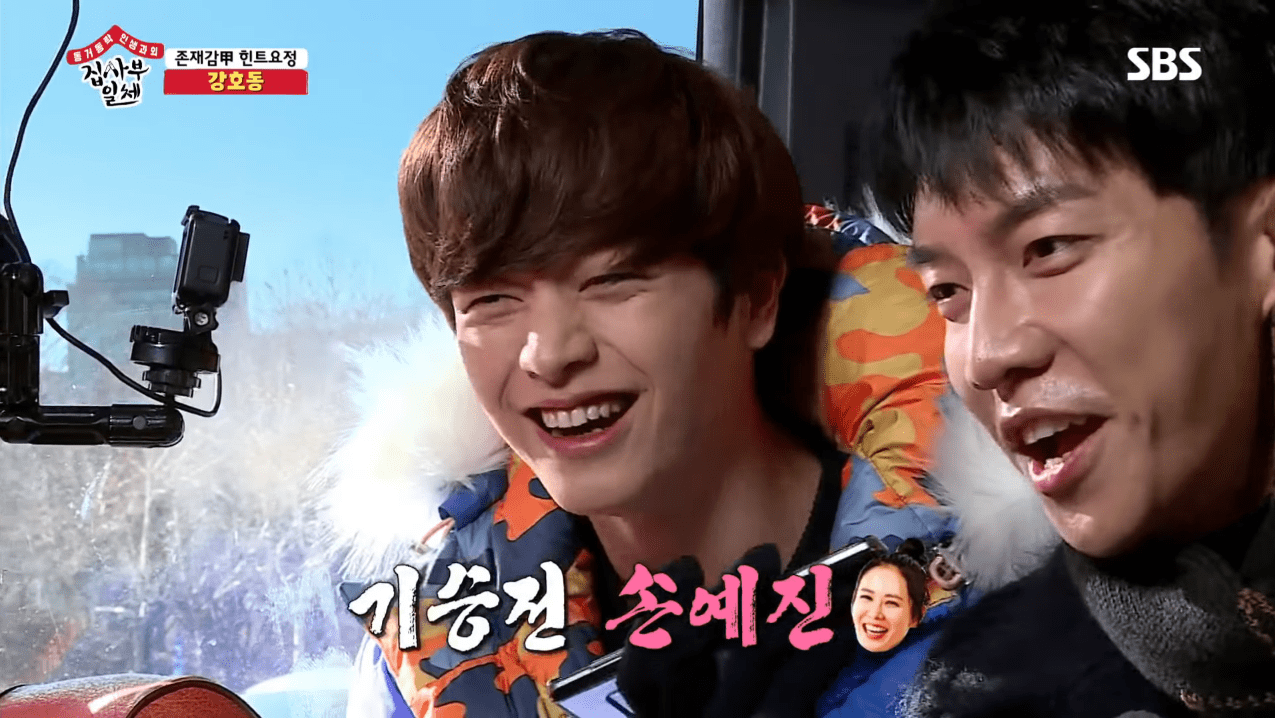 Kang Ho Dong teased him a bit further, saying, “Was it like your song lyrics, was she like your woman?” referencing Lee Seung Gi’s song “Because You’re My Woman.”

Lee Seung Gi protested, “Why are you suddenly filming ‘Love Letter’ right now? If you were that curious about something like this, you should have asked me personally. What is this, asking me on broadcast?” Kang Ho Dong responded sarcastically, “Oh, I just thought of it just now.”

When the cast asked Kang Ho Dong if he would come out on the show as their master, he answered, “I should be coming on the show to follow you guys.” The members teased him for his sudden modesty, and Lee Seung Gi declared, “Then come on the show as our student!”

If you haven’t already, check out an episode below!

Lee Seung Gi
Kang Ho Dong
Son Ye Jin
Master in the House
How does this article make you feel?