Byun Yo Han spoke about his acting career on the latest episode of SBS’s “My Ugly Duckling.”

On the January 13 broadcast of the reality show, Byun Yo Han visited actor Bae Jung Nam’s home and hung out with him and his dog Bella. The two celebrities, who are close friends, ended up talking about the early days of their careers.

Bae Jung Nam opened up about some of the difficulties he went through while working as a model in the past due to his relatively short height, and Byun Yo Han sympathized with his struggles.

Byun Yo Han, who debuted in 2011 through the film “Saturday Work” (literal title), worked as an unknown actor for about three years before his big break.

Speaking about those difficult years during which he went to countless auditions, Byun Yo Han said, “I was rejected at so many auditions. There was even a time when I burst into tears as soon as I walked into an audition. After being rejected so many times, I started to wonder if I had any acting talent at all. I filmed 30 independent films in a year, and then I ended up appearing in ‘Incomplete Life [Misaeng].'” 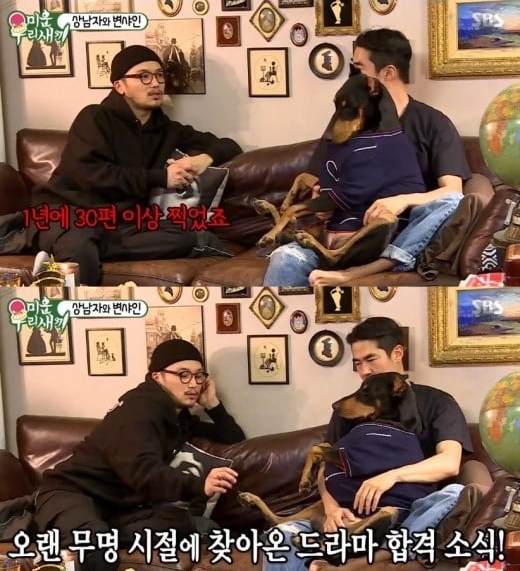 In 2014, Byun Yo Han was cast in tvN’s “Incomplete Life” in the part of an intern named Han Seok Yool, which became his breakout role. He explained, “I didn’t have any expectations at the time [during the auditions of ‘Incomplete Life’]. I didn’t even know how competitive it was. I had zero expectations. But the director said right then and there that we should work together, when I hadn’t been expecting anything. It felt like I was being comforted.”

He went on, “There was a script reading a few days after I was cast, and I was extremely nervous. Afterwards, I told [my co-star] Lee Sung Min that I was sorry and that I would do well during filming. You know his style, how he isn’t a man of many words. He patted me on the shoulder and said with a smile, “Just do it [without worrying],” before walking away. That gave me so much strength at the time. It was all thanks to Lee Sung Min that I was able to act comfortably.”

Byun Yo Han continued, “Even when I see him now, he’s a senior who’s always the same. And Kim Dae Myung too. When I think back on it now, I’m so grateful for those times.” Bae Jung Nam, who also worked together with Lee Sung Min for the 2017 film “The Sheriff in Town,” commented, “He’s someone that’s like a father.” 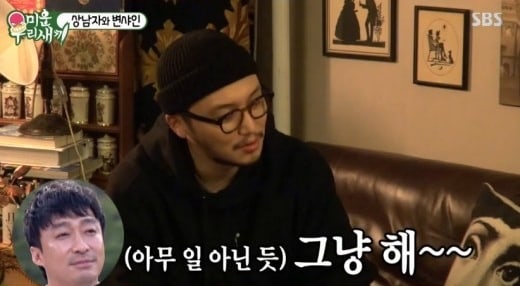 Byun Yo Han also opened up about how his family opposed his dreams of becoming an actor. “I first experienced acting through a play in middle school, and I really liked it,” he said. “I couldn’t tell my parents at first. When I told them after being discharged from the military that I wanted to become an actor, they were really against it.”

After revealing that his parents had forced him to study abroad in China, he continued, “What my dad wanted was for me to work in the international trade industry. It was my dad’s dream. When I went, I thought to myself that I would become an actor even if I studied abroad, so I might as well learn a new language while I was there.”

He added, “Now, my parents are happy [with my career].” 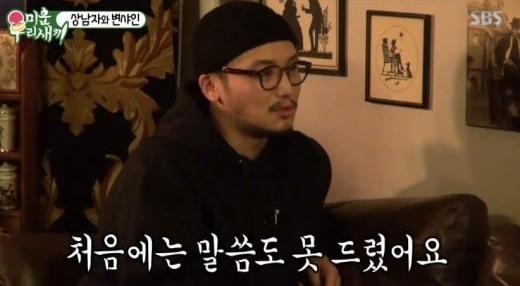 “My Ugly Duckling” airs on Sundays at 9:05 p.m. KST. Check out last week’s episode below!

Incomplete Life
Byun Yo Han
Bae Jung Nam
My Ugly Duckling
How does this article make you feel?