JTBC’s new Friday-Saturday drama “Legal High” will be a Korean remake of a 2012 Fuji TV Japanese drama of the same name. It will tell the story of an arrogant lawyer named Go Tae Rim (Jin Goo), who has a 100 percent success rates and wants to keep it that way, and rookie lawyer Seo Jae In (Seo Eun Soo), who believes in justice.

Jin Goo shared that he’s been a fan of the original Japanese drama and stated, “I thought the character of Go Tae Rim was so charming. He’s a character who has brought me the challenge of doing something I’ve never done before as an actor.” He has embodied his character to the fullest, with a stylish professional look. However, he’s paired it with a unique hairstyle that doesn’t seem to fit his outfits and Jin Goo explained, “It’s a ‘hook’ hairstyle that Go Tae Rim believes will bring him money and success. I think it will add more humor to his scenes.” 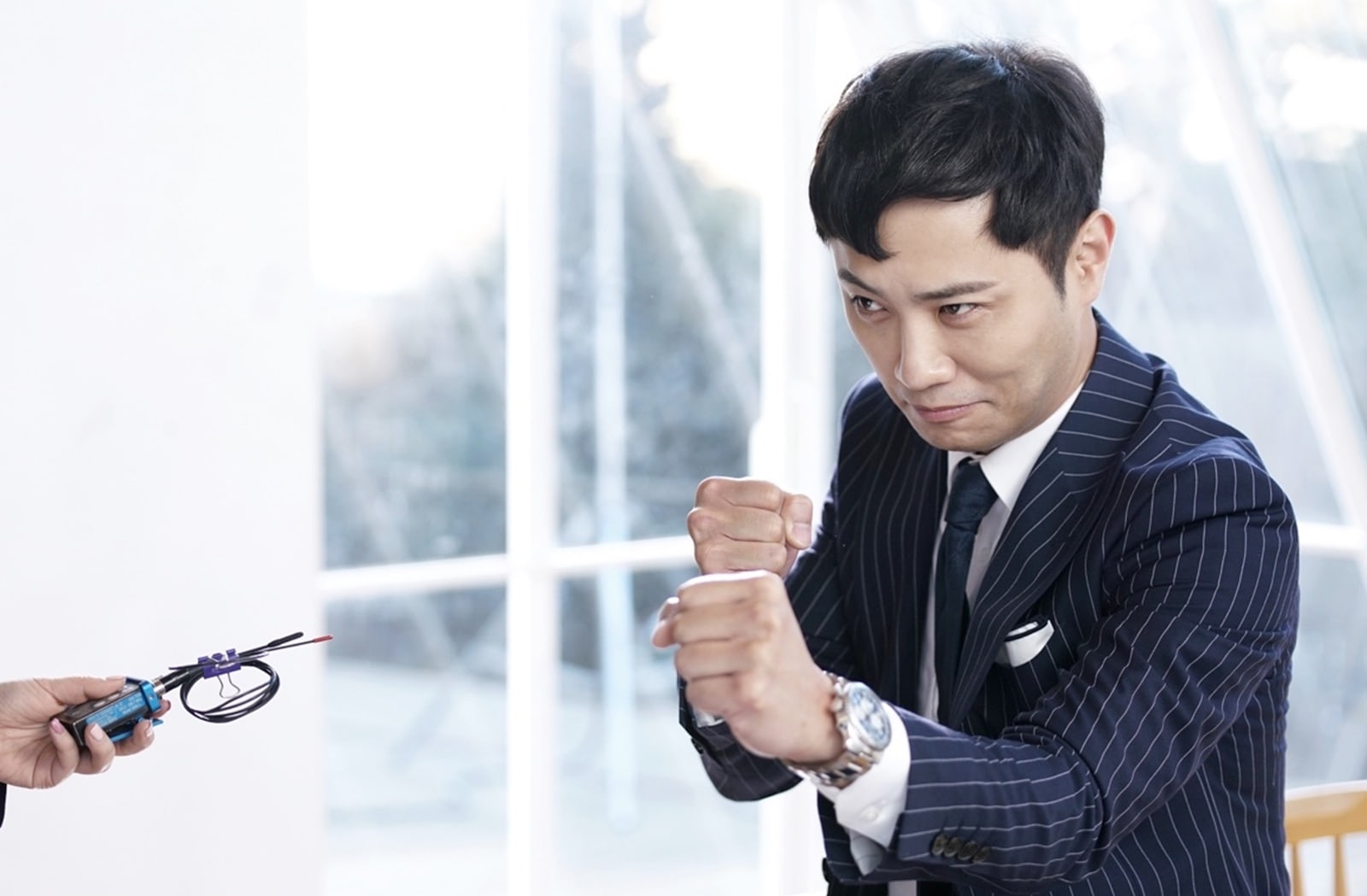 He also shared that he’s also been working on changing up his acting for the role. Jin Goo stated, “I have a lot of lines, and there are many things in those lines that I don’t normally say in real life. I have to deliver those lines quickly, like I’m a rapper, so I’ve been practicing a lot and trying to find a good tempo for myself. I’ve also tried changing up the way I speak for the role.” With a lot of hard work going in to create this new character, Jin Goo expressed affection for Go Tae Rim as he said, “Go Tae Rim’s true charms are in how he has a ‘tsundere’ personality. Though he swears and does some things that may come off as spiteful, he has a good heart and his own sense of justice.”

Jin Goo touched on how the drama will most likely be compared to the Japanese original, and he said, “I think we’ve remade the character of Go Tae Rim to be someone who Korean viewers may find more relatable. For those who have seen the original, I think it’ll be fun to compare our drama to it, and for those who haven’t seen it, it will be fun to watch the birth of a new legal drama. I hope everyone just goes into the drama with a light heart and enjoys it.”

“Legal High” will be the follow-up drama to “SKY Castle” and will premiere on February 8.

Jin Goo
Legal High
How does this article make you feel?