“Hit-and-Run Squad” is about a hit-and-run police task force that chases after an out-of-control businessman who used to be an F1 racer.

Jo Jung Suk and Gong Hyo Jin previously appeared in the 2016 SBS drama “Don’t Dare to Dream” together and are of the same age. “We filmed a drama together for over five months, so we’re close,” said the actress. Ryu Jun Yeol added, “The chemistry between them was so good. Filming would end after a lot of laughter.”

Speaking about Ryu Jun Yeol, Jo Jung Suk said, “I wanted to work with actor Ryu Jun Yeol for a long time. I was really happy after meeting him through ‘Hit-and-Run Squad.’ It made me realize why people love Ryu Jun Yeol so much.”

“Jo Jung Suk and Ryu Jun Yeol both have the vibe of upright young men, so they seem boring in conversation,” said Gong Hyo Jin. “We’re now promoting on air and I think that we’re going to get edited out, so I’ve been saying whatever comes to mind. I’m going to keep it clean from now on.” 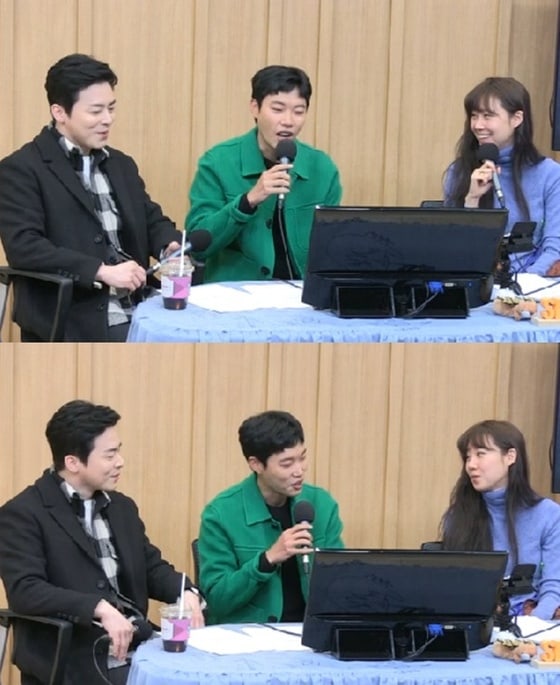 The actress explained, “He wakes up in the morning, eats breakfast, goes to church, exercises, and reads. He doesn’t even drink. He does absolutely nothing that’s bad for his health. Ryu Jun Yeol is actually really fun, but isn’t at all in front of the camera.”

Jo Jung Suk added, “Ryu Jun Yeol was the creator of the atmosphere on set.” He and Ryu Jun Yeol then showed off their impersonations of actors Han Suk Kyu, Choi Min Sik, Lee Sun Gyun, and Lee Jung Jae.

“Hit-and-Run Squad” will premiere in theaters on January 30. Check out the trailer here!