On January 14, GFRIEND held a showcase for the release of their second studio album “Time for Us” at YES24 Live Hall in Seoul.

This is the girl group’s first studio album since the release of “LOL” two years and six months ago and the first comeback after their mini album “Sunny Summer” in July 2018.

GFRIEND worked with “Time for the Moon Night” producers No Joo Hwan and Lee Won Jong once again for their latest title track “Sunrise” that compares the target of a person’s feelings to a sun that hasn’t risen yet. At the showcase, GFRIEND performed the Korean version of their Japanese single “Memoria” as well as their newest title track “Sunrise.”

“We try to show a different side of ourselves for every comeback,” began Yuju. “Vocals are important overall for this title track. It is a song that has passion added into it, so we put passion into our vocals and paid a lot of attention to the vocal points to better express the changing emotions such as showing cuteness in some verses.” Eunha added, “I worked hard to pull off the high notes.”

“Since this is a studio album, there were many songs, and it was hectic while preparing, but I put in that much more work and effort, so I have a lot of affection for it,” said Sowon. “As much as you loved our first studio album, I hope you will love this one as well.” 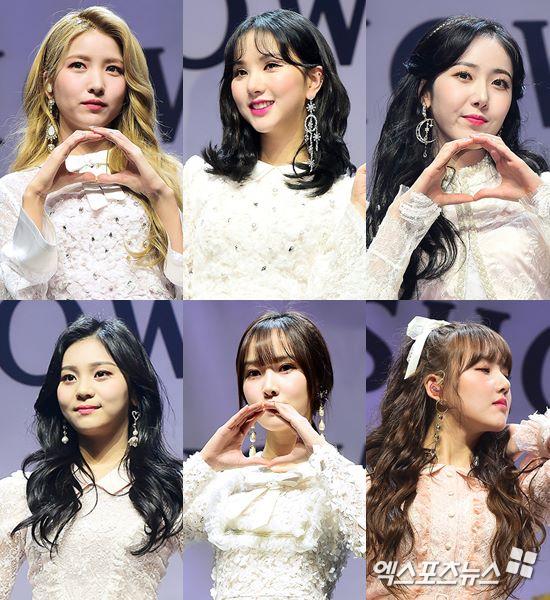 “I usually like our B-side tracks, but I have a lot of affection for these B-side tracks to the point that I think they’ll be legendary,” said Sowon. “We changed our title track, so we had to prepare in a short amount of time. It was hectic and tiring to prepare 13 tracks, but I was really happy.”

Umji added, “Since the members now have good teamwork when preparing for the albums, it is easier than before, and we give each other strength while talking about difficulties.”

GFRIEND also took the time to introduce each one of their tracks. About “You Are Not Alone,” Eunha said, “Yuju listened to this song and said that it is a song that moves hearts. All of the members agree with this. It iss a song that we received and recorded two years ago. It is lyrical and touches the heart, so in the agency chatroom, I asked when it would be released.”

Speaking about “Our Secret,” Yuju explained, “We paid a lot of attention to the chorus. There are many small choruses.”

“‘Only 1’ is a song that is hot amongst the members,” revealed Umji. “It has pretty lyrics about trusting someone until the end. It is a song that feels like GFRIEND and is a good song with a soft melody, powerful beat, and charms.” The members added that it is also Sowon’s favorite song as of late.

After describing “Truly Love” as a refreshing song, Eunha explained, “Amongst ourselves, we said that the song would be nice in a drama.” SinB added, “It is refreshing and lively, and there’s a softness in the melody of the chorus that makes a person emotional. You’ll feel soft after listening to it.”

“‘It’s You’ is a song that captured the emotions of winter,” stated Eunha. “It’s lyrical and you can hear the members’ voices well.” Yerin also added that it is her favorite B-side track. 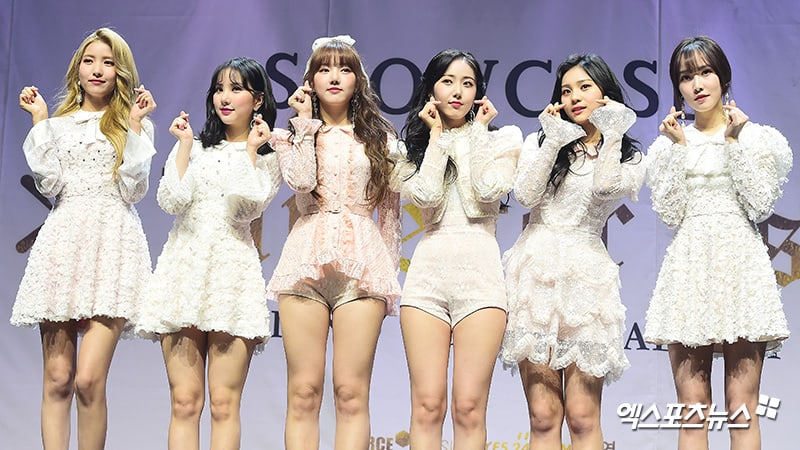 GFRIEND expressed lots of love for “Love Oh Love” where fans can hear the fresh voices of the members. The members revealed that it is a song that they recorded after “Glass Bead” and described it as a song they treasured that is being released after three years.

“It’s been quite some time since I’ve recorded it, so I feel soft when I hear it because I think of the situation when I recorded this,” said Yuju. “There was a time when I accidentally sang a part of the lyrics during a live broadcast. Buddy [GFRIEND’s official fandom] were curious about this song, and it feels great to finally be able to say to Buddy that it was this song.”

Speaking with affection for “A Starry Sky,” Umji shared, “The lyrics aren’t difficult but are clean and simple. There aren’t any difficult words, and the lyrics are really pure. I think they are lyrics where that innocence really touches the heart. I get emotional whenever I hear this song. It’s good to listen to, so I become emotional while listening to it.”

Yuju revealed about “Memoria,” “We maintained the big frame of the Japanese lyrics for ‘Memoria’ but changed it by adding Korean’s unique sentiments.”

GFRIEND then talked about their goals for this album. “Since it’s the beginning of 2019, I hope to hear that it’s ‘GFRIEND’s year,'” stated Eunha.

Check out GFRIEND’s MV for their title track “Sunrise” here!