tvN’s upcoming drama “Touch Your Heart” has unveiled a fun group poster of its cast!

“Touch Your Heart” is a new romantic comedy that will tell the love story of perfectionist lawyer Kwon Jung Rok (played by Lee Dong Wook) and A-list actress Oh Yoon Seo (played by Yoo In Na). Not only will the drama mark the highly-anticipated reunion of “Goblin” co-stars Lee Dong Wook and Yoo In Na, but it will also be helmed by director Park Joon Hwa, whose previous works include the hit dramas “What’s Wrong with Secretary Kim,” “Because This Is My First Life,” and “Let’s Eat.”

On January 15, “Touch Your Heart” released a cute new poster that shows Oh Yoon Seo making a splashy arrival at Kwon Jung Rok’s law firm, where she ends up getting a job under false pretenses. The glamorous actress instantly turns the hallway of the law firm into her very own red carpet and mesmerizes the firm’s employees—with the visible exception of Kwon Jung Rok, who wears a disapproving scowl as he watches her.

The poster’s caption playfully reads, “Hello! What a beautiful, perfect day to arrive at work for the very first time.” 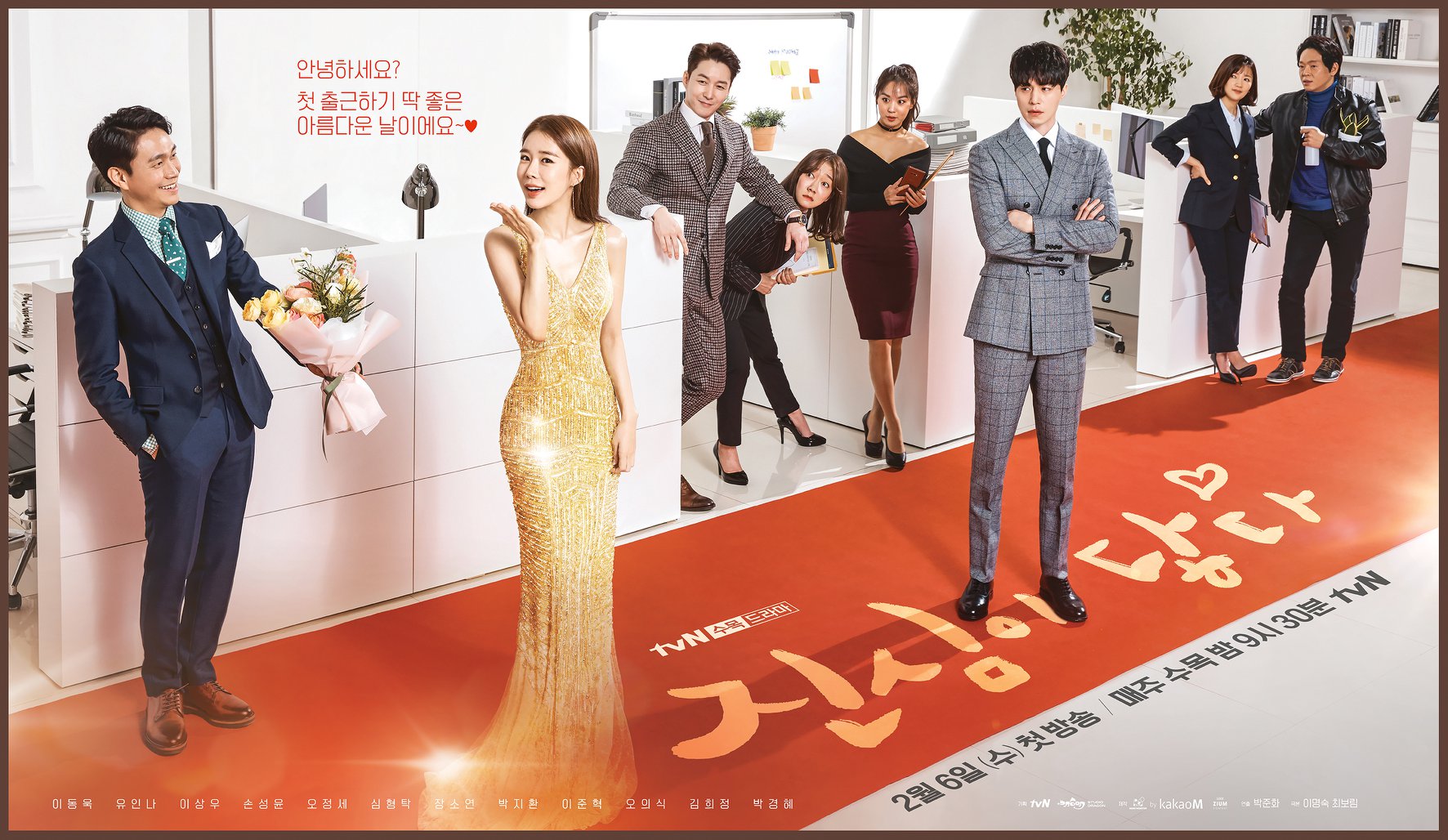