On the January 14 broadcast of KBS 2TV’s “Hello Counselor,” GFRIEND’s Yuju and Umji appeared as guests along with Yewon and Han Tae Woong.

During the episode, a 60-year-old grandmother shared her story about having to take care of her granddaughter without receiving proper compensation. She said, “I currently work at a restaurant. After work, I head straight to my daughter’s house to do some housekeeping. I also take care of my infant granddaughter.” 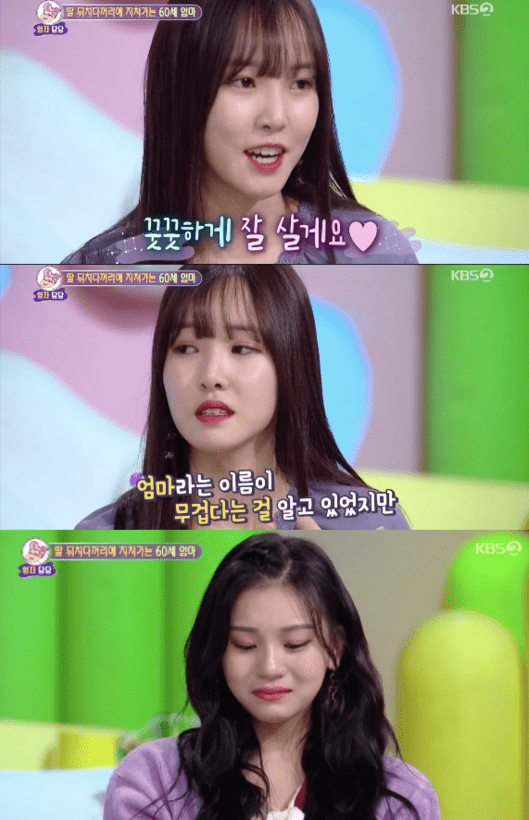 The daughter, who also appeared on the show, argued that her mother was purposely making her look like a bad daughter. Furthermore, she cursed at her own infant daughter and showed signs of jealousy when the grandmother expressed love for her granddaughter. 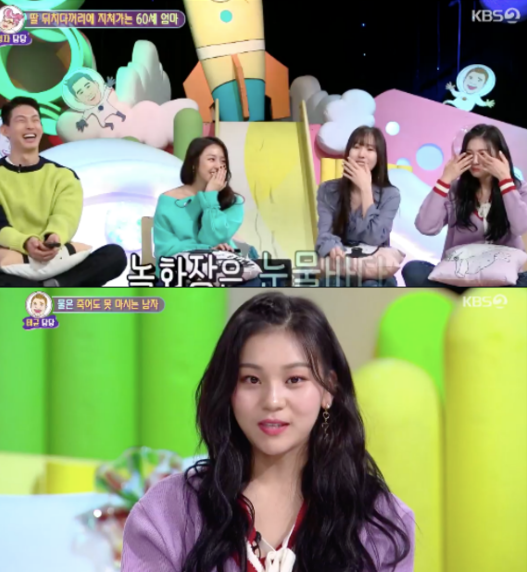 In response, GFRIEND’s Yuju took the grandmother’s side and showed tears. Yuju said, “I hope you two are happy. My mother doesn’t like it when I cry on TV. Today is the last day that I cry.” Her fellow member Umji also showed sympathy for the grandmother in tears.

GFRIEND
Hello Counselor
Yuju
Umji
How does this article make you feel?