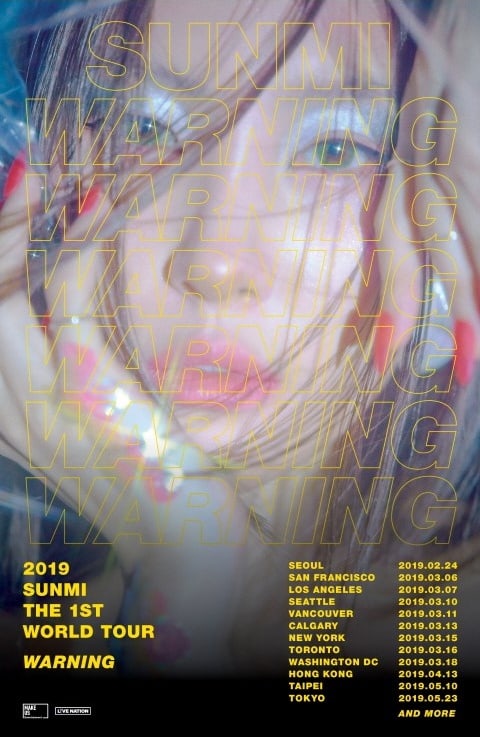 The tour will kick off in Seoul on February 24 at YES24 Live Hall. It will then move onto North America in San Francisco, Los Angeles, Seattle, Vancouver, Calgary, New York, Toronto, and Washington D.C. in March.

Afterwards, Sunmi will come back to Asia for more concerts in Hong Kong, Taipei, and Tokyo in April and May. The poster also hints at more tour dates and cities with the statement “and more.”