Following the success of their “EVERYWHERE” tour in Asia, the four-member group is starting their first-ever solo tour in North America!

WINNER’s first ever North America tour will kick off on January 15, 2019 starting from Seattle, San Francisco, Los Angeles, Dallas, Chicago, Toronto and end on January 29 with New York as their last stop.

Check out their North America tour dates and venues below: 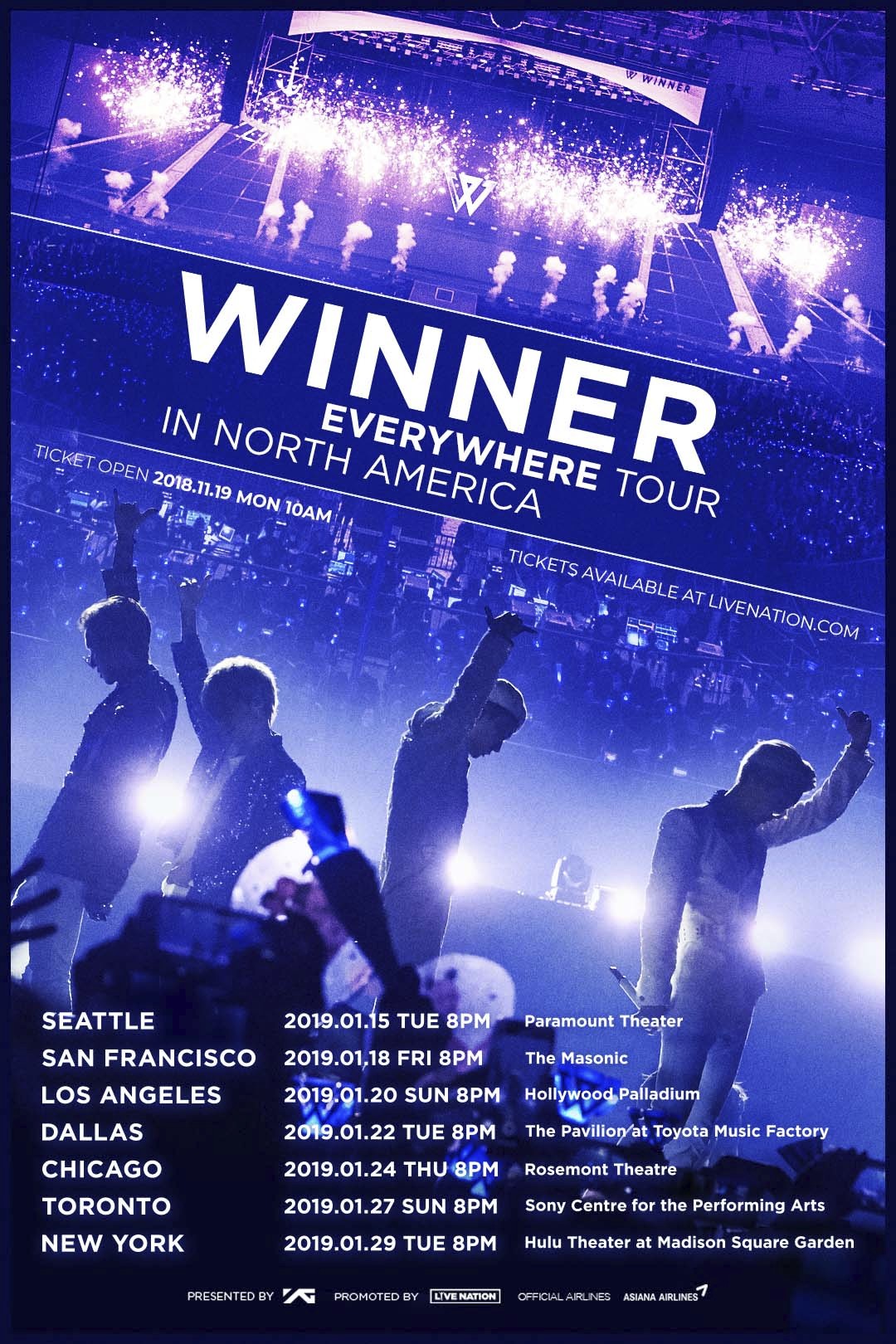