The 9 Most Heart-Fluttering Moments From “My Strange Hero”

“My Strange Hero” has been warming hearts this winter with its lovable characters and captivating story. When a high school couple is reunited nine years after a huge misunderstanding tore them apart, we would expect a lot of sweet moments from all those pent up feelings — and that’s exactly what the drama has been delivering. It doesn’t hurt that Jo Bo Ah’s expressive doe eyes and Yoo Seung Ho’s irresistible smile add crackling chemistry to their scenes together, so here are our top nine heart-fluttering moments from “My Strange Hero.” Prepare to swoon!

The wall slam is a classic K-drama trope, but it’s not usually the female lead who initiates it. Son Soo Jeong’s intention may have been to intimidate Kang Bok Soo with this one, but that plan backfired when it only served to ignite Bok Soo’s feelings for her. And we can hardly blame him for loving a girl with brains and confidence!

It’s a sweet moment from the pair’s high school days when Bok Soo suggests that Soo Jeong should be a teacher when she grows up; because, as we know, she takes this dream to heart and ultimately achieves it. But it’s even sweeter when Bok Soo proclaims that his own dream is to become Soo Jeong’s boyfriend. Simple, heartfelt, and adorable!

Yes, Oh Se Ho (Kwak Dong Yeon) is technically the villain of the show, but we do empathize with him a little since his upbringing was so horrendous. And it’s definitely heart-fluttering (in a sad way, because we know that he ultimately takes a turn for the worse) when Soo Jeong manages to bring out an actual smile from him in high school — because as she points out, it’s an incredibly rare occurrence, and gives us a glimmer of insight into the good guy he could have become. 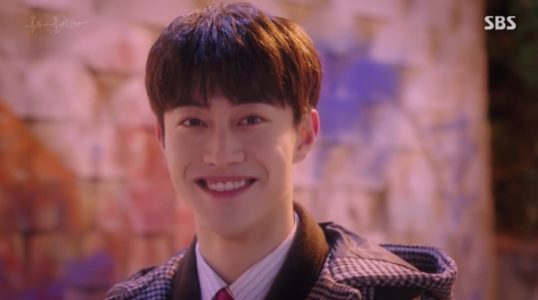 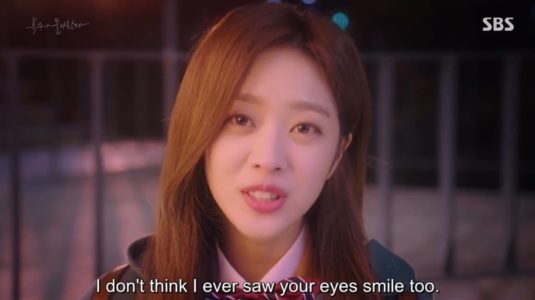 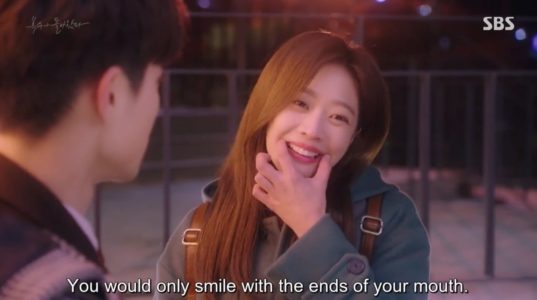 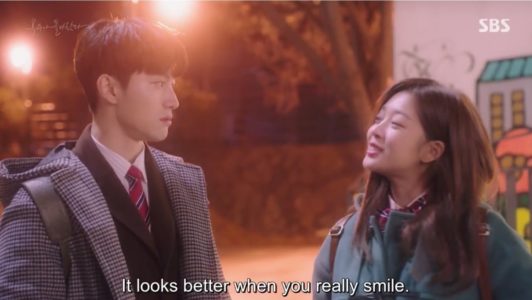 When a restaurant owner threatens Soo Jeong after she demands he pay her student fairly, Bok Soo steps in to support her, catching her in a backhug that puts them in such proximity that even we can feel the chemistry.

They may have shared a little peck back in high school, but Soo Jeong and Bok Soo’s first real kiss happened in this steamy scene that was everything we could have hoped for from the culmination of nine years of longing for each other:

Bok Soo is adorably excited to make up for lost time, and we can’t get over his tipsy eagerness to show Soo Jeong some fun:

We can’t decide which is more touching: the fact that Bok Soo kept the ring he got for Soo Jeong nine years ago, or his comparison of the ring to his own heart. Either way, this was hands-down one of the sweetest moments of the show:

Nothing stirs up chemistry quite like a little forbidden romance, and the fact that Soo Jeong, a teacher, is kissing Bok Soo, her student, in their classroom definitely adds a spark of excitement to this scene.

When Bok Soo spends the night at Soo Jeong’s place, things go from cute to steamy in a matter of seconds, after Soo Jeong bemoans the fact that Bok Soo seems content to keep things PG for the night.

What’s next for our OTP? More sweet kisses and adorable dates, please!

Hey Soompiers, are you watching “My Strange Hero”? What are your favorite moments from the drama? Let us know in the comments!