Actress Jeon Mi Sun had nothing but praise for EXO’s Kai during her appearance on SBS’s “Einstein.”

“Einstein” is a variety show that follows the everyday lives of gifted children in Korea. On the January 16 episode, Jeon Mi Sun spoke about playing the on-screen mother to various stars including Yoon Shi Yoon on “Baker King Kim Tak Goo,” Park Bo Gum on “Moonlight Drawn by Clouds,” and Kai on “Andante.”

When asked about Kai, she replied, “Kai told me that he wasn’t able to show his real self because it was his first time acting. He asked me to come to his concert, so I went to the concert with my son. He was so great that I became fascinated.”

“Andante” is a pre-produced drama that premiered in 2017 about a city kid named Si Kyung (played by Kai) who transfers to a strange school in the countryside. 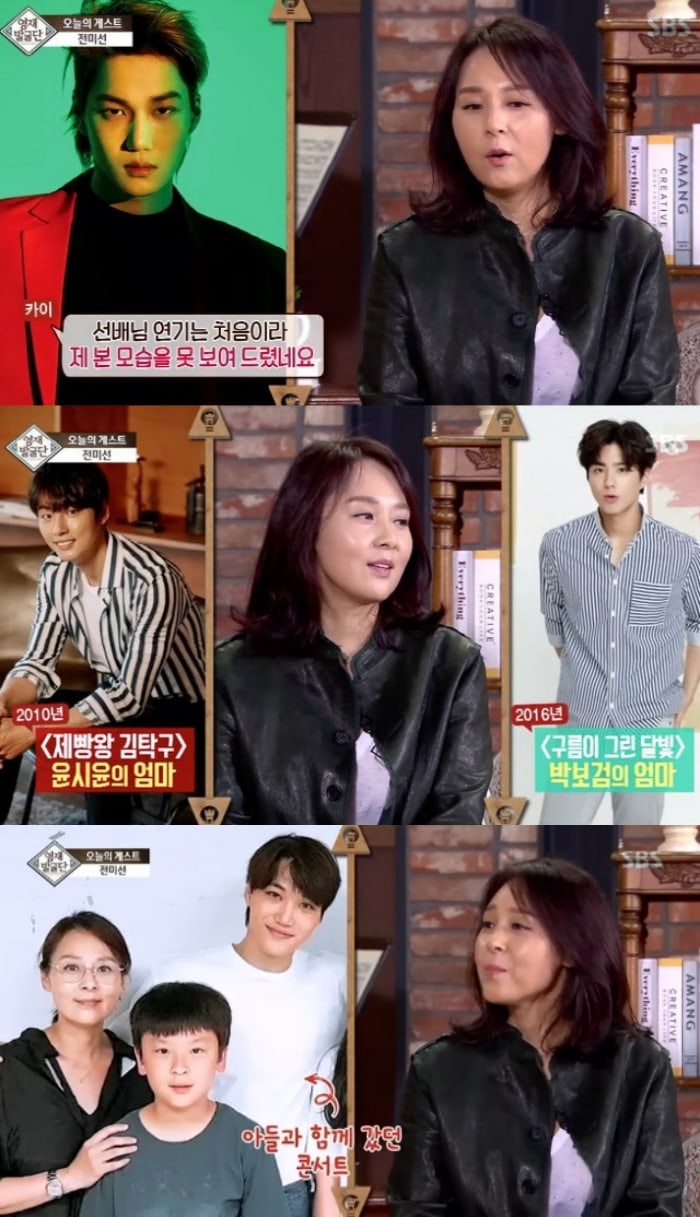 If you haven’t yet, start watching Kai in his acting debut drama “Choco Bank” below!

EXO
Jeon Mi Sun
Kai
How does this article make you feel?