GFRIEND Promise Something Special If They Win First Place, Share What It Is Like Singing “Sunrise” Live, And More

On the January 16 broadcast of an MBC FM4U radio show, GFRIEND appeared as guests and revealed various stories behind their recent “Sunrise” comeback. Unfortunately, member SinB was not present, as she had to film for a commercial at the time.

The members began sharing behind-the-scenes stories about their recent experience at the “2019 Idol Star Athletics Championships.” They mentioned that they only participated in archery this year. The members then expressed their feelings about facing their 4th anniversary and being seen as seniors. They commented, “It felt different from the other years, as we were the second group to make our entrance this year [at ISAC].”

They then went on to reminisce about the times when they participated in a variety of “Idol Star Athletics Championships” events. “Yuju used to fly around like a carpet. We all didn’t want to participate in the athletics, but after Yuju did it, and she did well.” 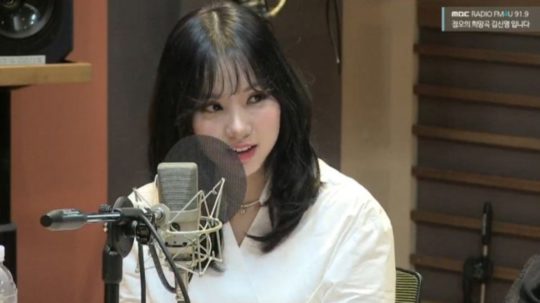 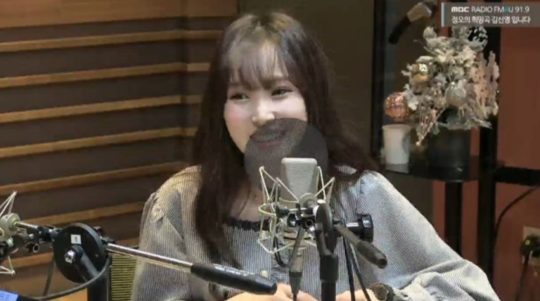 Afterward, member Yerin conveyed her satisfaction with GFRIEND’s concept for this album, saying, “I have always wanted to try a surreal and ethereal concept like this one.” Umji then added, “When we were filming the forest scene for the music video, I thought that the location for it was like no other place on earth. But it turns out that everyone who watched the music video knew exactly where in South Korea we filmed that scene.”

GFRIEND revealed that “Sunrise” was not actually supposed to be the title song for this album. “Our company went through a ‘happy’ problem of having too many songs to choose from. They said that we can just show people the other songs next time.”

Kim Shin Young asked GFRIEND about the energetic vibe and high notes in “Sunrise,” to which the members said, “We can only relax once Eunha hits her high note at the end. It’s already a fast song, but add passion to it, and we really have no time to just take a breath.” Eunha added, “The songwriter kept all of the highest notes we have ever sung in mind and put them all in this song. If someone sings it at karaoke, they’re definitely going to feel like a diva singing it.” GFRIEND then compared singing “Sunrise” to singing “Tears” by So Chan Whee because they can relieve so much stress when singing it. 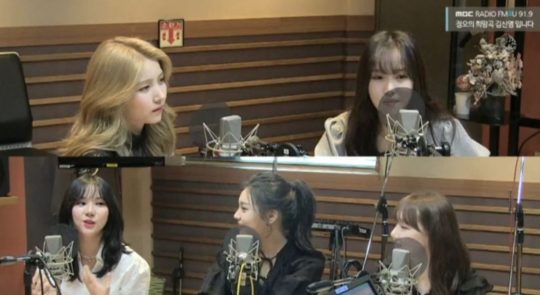 The members also took a pledge to perform while wearing cosplay costumes if they reach number one on a music show. Kim Shin Young suggested the members borrow her Celeb Five stage costumes, and the members gladly agreed, saying that they would wear the costumes during their encore stage.

Following that, member Yuju shared that she is currently watching the drama “SKY Castle.” She attempted to imitate actress Lee Tae Ran, who takes on the role of Lee Soo Im in the drama. The members jokingly judged her imitation harshly, saying, “It wasn’t that good today.”

Member Sowon was then asked when and if she feels uncomfortable because of her tall height of 174 centimeters. She made everyone laugh by replying, “I always feel uncomfortable. Whenever I wanna sit on a chair, it feels like I have to kneel down forever until I actually touch the chair.” Umji also commented, “Whenever I look at Sowon, I always think she’s really cool, but I also sometimes think about how uncomfortable it must be for her.”

Yerin was asked which of her seniors in the entertainment field takes care of her the most, to which she answered, “The three MCs of ‘Weekly Idol’ are quite entertaining. Kim Shin Young agreed and responded, saying that she has contacted them and sent them messages of support before.

When talking about which GFRIEND member is the most senseless, member Eunha revealed that she is not sure, but she believes that there are no senseless members in the group. “I mean, my stomach sometimes senselessly starts making noises.” Umji was also asked which member she would like to go on a vacation with, and she chose SinB, saying that she usually shares a room with her whenever GFRIEND has overseas promotions. The other members expressed their jealousy at Umji’s response, commenting that she always chooses SinB.