The upcoming Friday-Saturday drama “Legal High” stars Jin Goo and Seo Eun Soo, whose characters have really different charms. The two have showcased their acting skills through their character posters that make it easy for viewers to guess their characters’ personality traits. 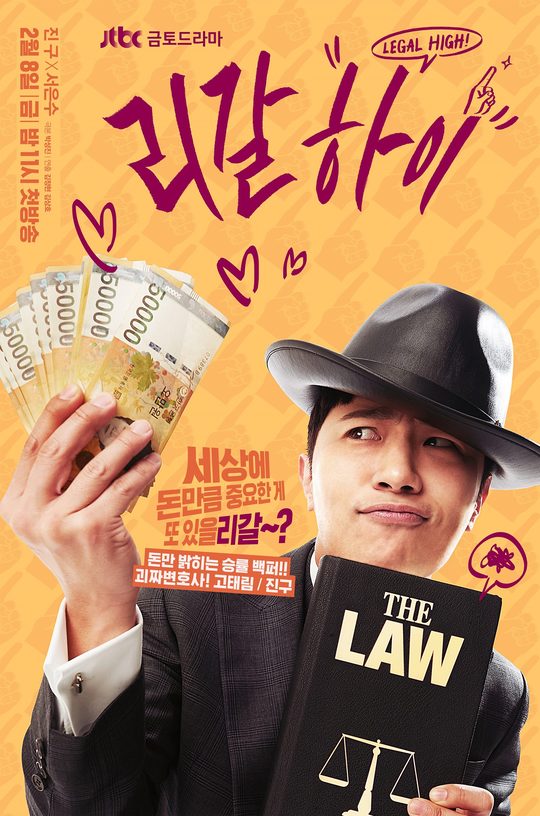 Jin Goo will take on the role of an arrogant lawyer named Go Tae Rim, who has a 100 percent success rate. With a cocky expression, Jin Goo is holding the code of laws in one hand and a bundle of cash in the other. In the poster, it’s written, “Is there anything in the world more important than money?” making his goal more than obvious. With his earnings being more important than justice, his description says, “After money with a perfect success rate! Oddball Lawyer Go Tae Rim.” Viewers are excited to see Jin Goo’s shocking transformation as he takes on the role of Go Tae Rim. 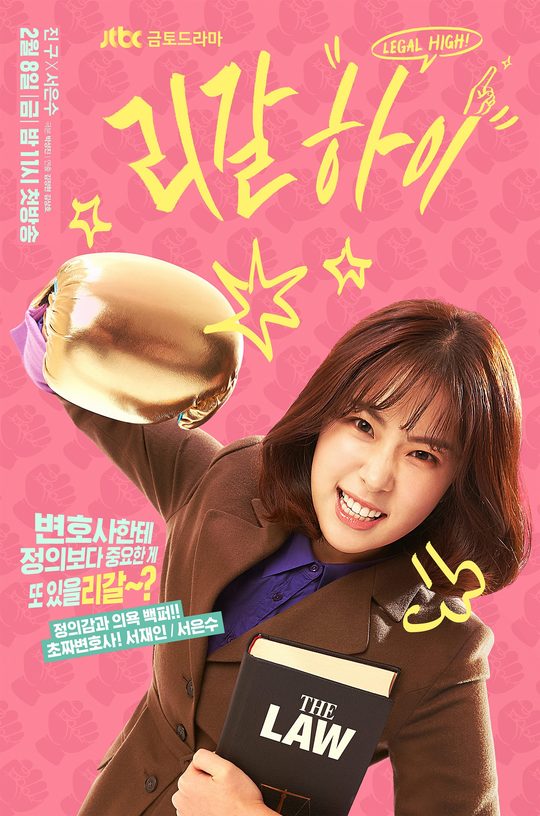 On the other hand, Seo Jae In (played by Seo Eun Soo) holds the code of laws closely to her heart while punching out with a golden glove. Along with the description, “Justice and willpower one hundred percent! Rookie lawyer,” the poster perfectly captures Seo Jae In’s passions as she dreams of becoming a just lawyer who can help out a wrongfully accused client. The words “What’s more important than justice to a lawyer?” on her poster also show the contrast between the two leads’ values, and viewers are curious to see how the two characters will work together at the same law firm.

The production staff shared, “The actors had to showcase the characters’ traits with only their poses and expressions, and Jin Goo and Seo Eun Soo did a perfect job of acting to match their characters.” They added, “It’ll add to the fun of watching the refreshing law story that’s full of strong and unique characters.”

The upcoming show will be a refreshing comic legal drama about two vastly different lawyers, Go Tae Rim and Seo Jae In. The drama is written by scriptwriter Park Sung Jin, who has written “Detectives in Trouble” and “Miss Mamma Mia,” and directed by Kim Jung Hyun, who has co-directed “Gu Family Book,” “Mrs. Cop 2,” and “Hwayugi.”

“Legal High” will premiere on February 8 at 11 p.m. KST on JTBC after “SKY Castle” concludes. In the meantime, watch the trailer here!