GOT7’s reality show “GOT7’s Real Thai” is off to a great start!

On January 16, XtvN’s “GOT7’s Real Thai” premiered. The first episode featured GOT7’s Mark, Jinyoung, Youngjae, and BamBam as they traveled to Thailand in search for their “patron saints.”

The members initially thought they were going on a reward vacation, but they found out there were other plans in store. Comedian Hwang Jae Sung, who transformed into a prophet for the members, revealed that they need to find the Seven Wonders of Thailand. 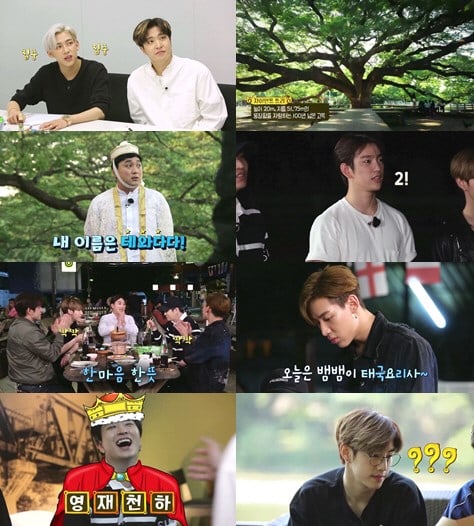 Proving both the group’s popularity in Thailand and the show’s success, “GOT7’s Real Thai” topped Twitter’s real-time worldwide trends after the premiere and reached impressive viewership ratings in Korea.

According to data released by Nielson Korea, viewership ratings for the show were the highest in XtvN’s history for the network’s target age group of 2544 (people between the ages of 25 and 44).

Furthermore, viewership ratings for the group of female viewers in their 20s were at an average of 1.3 percent and the highest at 1.4 percent, also setting the highest ratings in XtvN’s history for the age group.

Producing director Lee Won Hyung said, “Thank you for sending your love and interest for the show’s first episode. Starting with the second episode, we will officially begin showing the journey of these young men as they search for their patron saints in Thailand.”

He concluded, “Intense missions that force the members to leave someone alone at a train station or walk up hundreds of stairs will be featured. Please look forward to seeing the members challenge themselves and overcome every obstacle on their way to find their patron saints and achieve their New Year’s wishes.”