SBS’s Wednesday-Thursday drama “The Last Empress” is set in an alternate universe where a constitutional monarchy reigns over Korea. The drama follows the story of a musical actress who marries the emperor but falls in love with a bodyguard of the royal family who’s goal is to get revenge.

The drama has released new stills of the characters as their lives continue to become even more intertwined and tangled up.

The first stills show Emperor Lee Hyuk (Shin Sung Rok) taking the royal sapphire necklace and personally placing it around Oh Sunny (Jang Nara)’s neck. Though Sunny isn’t quite sure what to make of his actions, Lee Hyuk has a bright smile on his face. The previous episode showed Lee Hyuk trying to hold on to Sunny in any way he could, even if his methods were wrong, and it appears he will continue to do what he can to make her stay. 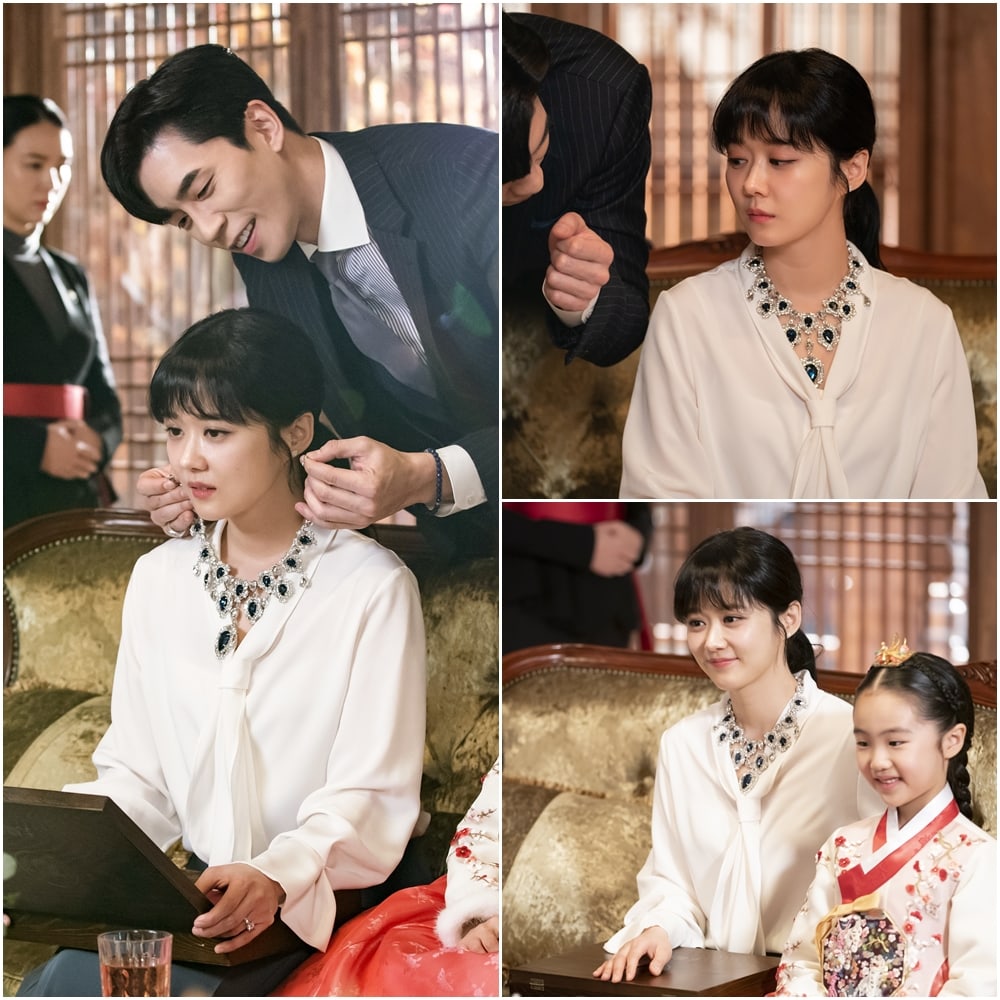 Things are about to get even more complicated as Oh Sunny, Lee Hyuk, Chun Woo Bin (Choi Jin Hyuk), and Princess So Jin (Lee Hee Jin) embark on a double date. While Lee Hyuk’s eyes are glued to Oh Sunny as he watches over her with a smile on his face, So Jin tries to show her affection for Chun Woo Bin. However, Oh Sunny and Chun Woo Bin can be seen exchanging glances and appear to be lost in their own world. 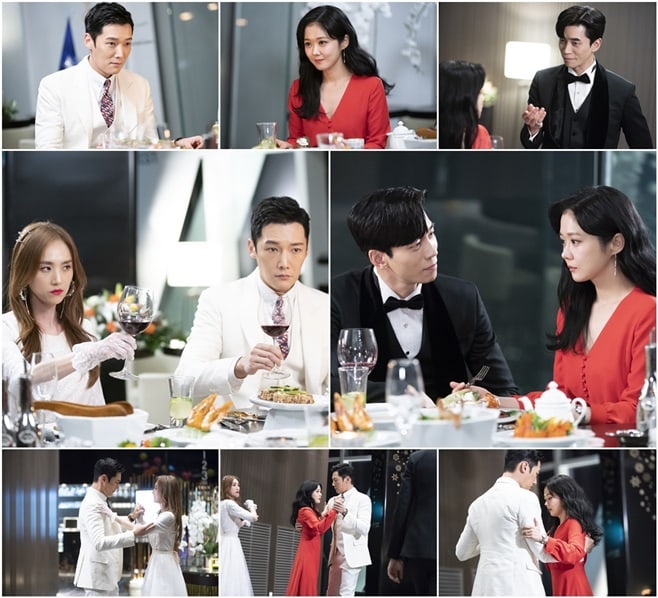 The production staff stated, “Oh Sunny and Chun Woo Bin’s feelings for each other are growing, but things get complicated as they appear at an event with their respective partners. The four characters’s tangled ties will bring unexpected secrets and twists to the story, so please anticipate the upcoming episodes.”

The upcoming episodes of “The Last Empress” will air on January 17 at 10 p.m. KST. Catch up with the latest episode below!