Go Jun Hee Compares Herself To Her Psychic Character In “Possessed”

Go Jun Hee has given a first glimpse of her psychic character in “Possessed” and talked about how similar she is to the character.

“Possessed” is about an unskilled detective and a psychic with strong powers who pursue a criminal who possesses bodies to commit crimes.

Go Jun Hee will be playing Hong Seo Jung, a woman with strong psychic powers. She shared, “I’m the type of person that can’t really watch scary things, so I never thought I’d be filming this kind of genre.” Despite her fear, she explained why she chose to appear in the drama, saying, “It has everything — the pursuit of souls, thriller, comedy, action, and melodrama. It’s an unfamiliar but charming drama.”

On her character, she remarked, “She purposefully distances herself from people to live a normal life. But when she gets riled up, she can say some biting remarks. Though she normally doesn’t speak much, she is energetic and talks a lot with people she likes. I thought that part was most like me.”

In the released photos, Go Jun Hee has perfectly transformed for her role, looking cool and standoffish, with many mysterious talismans stuck to the wall next to her. 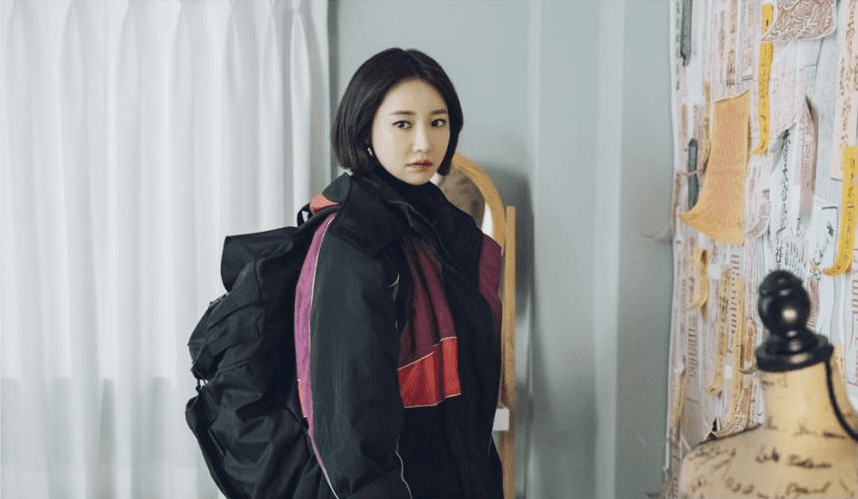 The actress also talked about how she had styled her hair and wardrobe for the role. She commented, “I’m thinking a lot about how to recreate a style just for Hong Seo Jung. She is pretty good at picking her clothes, but I think the director saw that in me as a person and added that part to the character.”

Go Jun Hee shared what it was like working with her co-star, Song Sae Byuk, who will be playing Kang Pil Sung. She remarked, “[Our chemistry] is great. He’s a senior actor that I can learn a lot from, so I’ve always wanted to work with him. It’s great that I’m able to do so. Please look forward to the unique chemistry between the fearful Pil Sung and fearless Seo Jung.”

“Possessed” will be airing its first episode on February 13 at 11 p.m. KST.

Go Jun Hee
Possessed
How does this article make you feel?