“Bipedal Life” is a variety program about getting into the fun of walking. It features stars going on walks with their loved ones. On the January 17 episode, Kim Ki Bum and his friends headed to Gyeongju for a field trip.

Speaking about becoming the No. 1 trending search online following the show’s press conference, Kim Ki Bum commented, “I don’t know. I just feel grateful that people are interested in me and remember me. I tell myself to not blame myself for time passing, and I think that I might’ve been a little more hurt if people hadn’t been interested.”

About his hiatus, Kim Ki Bum explained, “After leaving SM Entertainment, I worked alone for a year. I drove myself. I thought that I would be too tired while driving, so I rode the staff’s bus to get around. I learned that this wasn’t something I can do alone and tried to do things I couldn’t do before. While doing these things, I learned about gratefulness.” 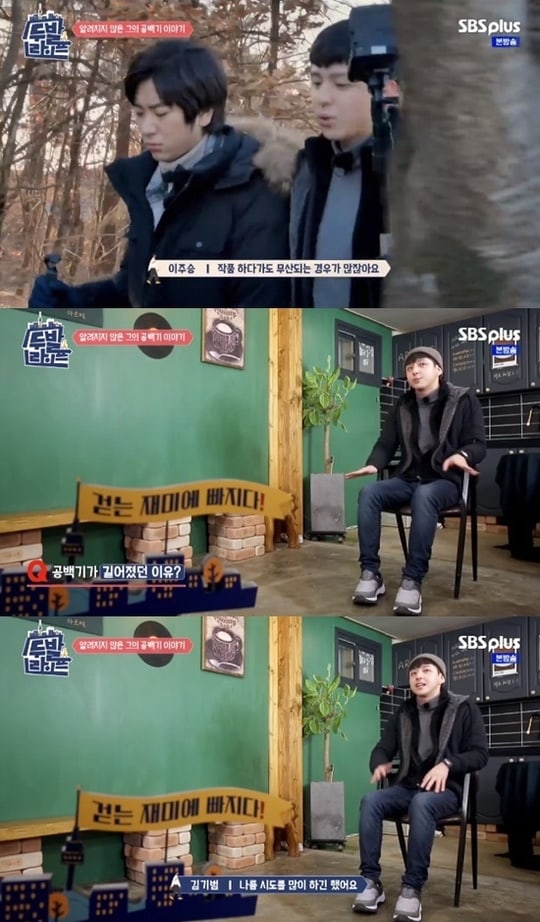 Kim Ki Bum
XPN
Bipedal Life
How does this article make you feel?