PENTAGON’s Hongseok has left a great impression with his first appearance in MBN’s “The Best Chicken.” 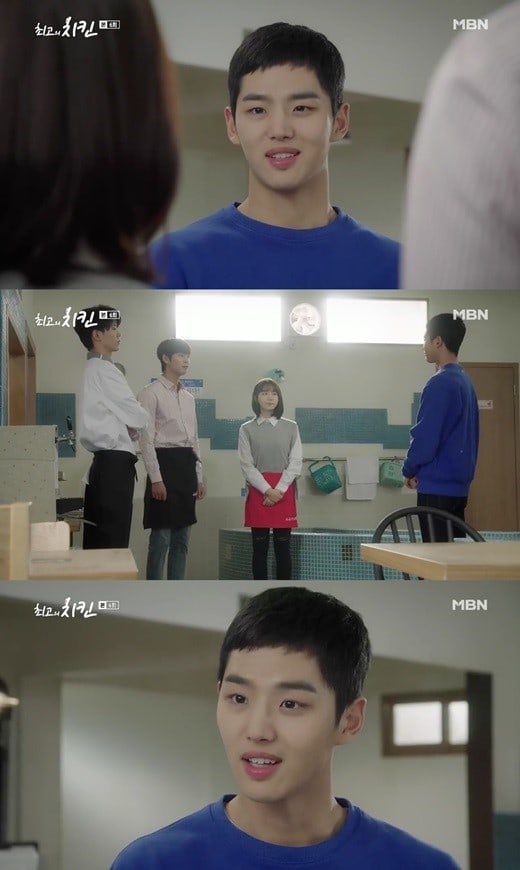 Oh Young Ho also warned Seo Bo Ah about Bae Ki Bum, who has a nickname “a part-time employee from hell,” and said, “Your boss is going to spend so much money but gain nothing out of it.”

Bae Ki Bum lived up to his reputation as a trouble maker. He even showed up late to his first day of work, and when people started asking where he was, he shamelessly apologized, “I’m sorry.”

Curiosity among viewers arises as to how Bae Ki Bum will play a role in taking down Park Choi Go’s chicken restaurant.

Hongseok
The Best Chicken
How does this article make you feel?