Yoo In Na recently sat down for an interview to discuss her upcoming project “Touch Your Heart.”

tvN’s “Touch Your Heart” is a romantic comedy that will reunite “Goblin” co-stars Lee Dong Wook and Yoo In Na as an unlikely couple. The drama will follow the romance that blossoms between perfectionist lawyer Kwon Jung Rok (played by Lee Dong Wook) and A-list actress Oh Yoon Seo (played by Yoo In Na) after Oh Yoon Seo ends up working for him under false pretenses. 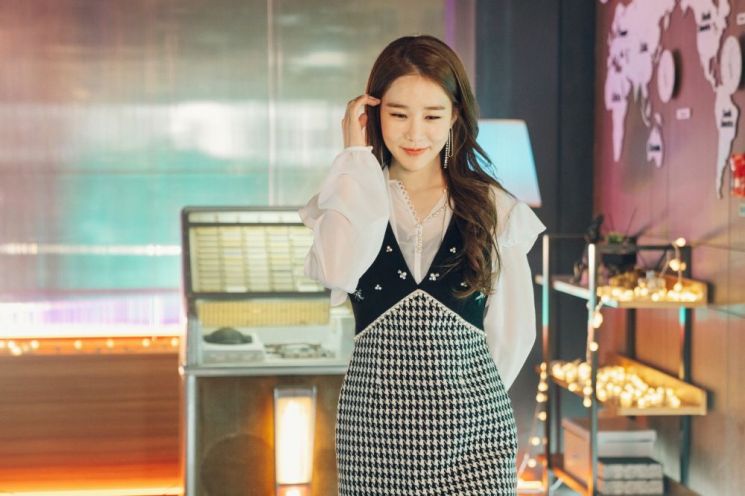 When asked why she chose “Touch Your Heart” as her comeback drama, Yoo In Na replied, “Even before the first meeting, I had a favorable impression and trust in director Park Joon Hwa. I became more open-minded after meeting him in person. Also, I liked the warmth and excitement given by the title ‘Touch Your Heart.’ When I read the script, there was no reason to hesitate because it was exactly the way I expected it to be. Above all, the role of Oh Yoon Seo was really charming. I think Yoon Seo was cute because she’d convey her emotions so openly, and her charming, warm nature of being clumsy, but hard-working touched my heart.”

The actress also mentioned discussions she had with the director. She stated, “I was the first to be cast, and I joined [the drama] in an early state before the script had even been revised several times. So I discussed many things with the director, and I’ve developed a lot of trust and affection [for him]. At the first meeting, because [Oh Yoon Seo] is considered ‘the universe’s goddess,’ I thought a beautiful woman who could really represent our country should play her. So I asked [the director] why he thought of me as the first choice. The director replied, ‘I want to fully utilize the brightest and the most beautiful side that Yoo In Na has. That’s something that only Yoo In Na holds, so don’t worry about it.’ After that, I pushed aside feelings of pressure and summoned up my courage to begin this challenge. I hope that it will result in a product that won’t disappoint.” 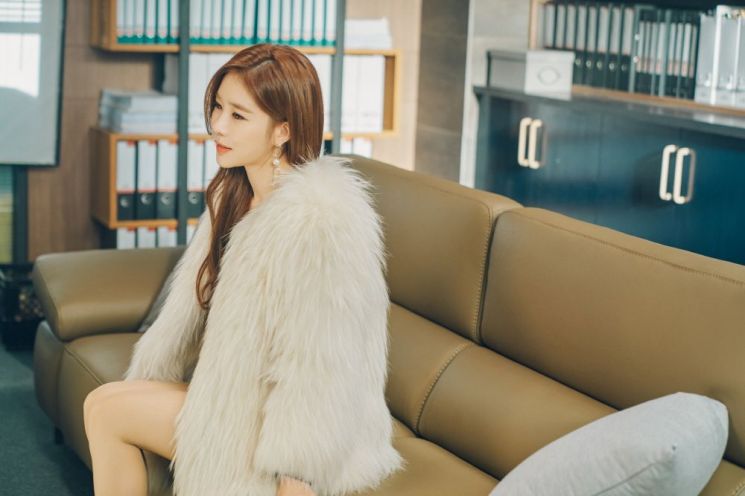 The interviewer later questioned Yoo In Na about the differences between Oh Yoon Seo and characters from her previous works. Yoon In Na explained, “Should I say that a ‘growth period’ has been added? Yoon Seo is a character who holds a dream she wants to achieve, even faking her position [at her job] to do so. She clearly knows what she wants to do, and she works hard to adjust to new environments. I believe that in the process, love, work, and development will all be shown differently. In addition, though I’ve generally played bright characters until now, Oh Yoon Seo doesn’t lose her brightness even in her hectic daily life. Instead, the difference is that she can upgrade herself. I think she’s a unique character who can simultaneously bring forth laughter and thrill [from viewers].”

Yoon In Na then discussed playing a character who is known as “the universe’s goddess,” laughing as she said, “I should look pretty enough to fit the title. In the beginning of the drama, I wore dresses and had many colorful costumes, so I took responsibility and was really concerned about my appearance, even hypnotizing myself. However, I think there are more emotional approaches besides visual ones. She’s a character who expresses her emotions clearly, so the most important thing is to convey them vividly in every situation. I’ve been continuously trying to understand how Yoon Seo thinks and how she feels.”

The actress finally concluded the interview with a few words for future viewers of the drama. She commented, “‘Touch Your Heart’ is full of relatable stories. It is a drama faithful to the genre of romantic comedies, so I hope you enjoy it with excitement. All the staff and actors, including the director, are working hard to film in a warm and heartfelt atmosphere. Please look forward to it.”

Yoo In Na
Touch Your Heart
How does this article make you feel?