Kwon Yool will be transforming into Joseon’s most determined student in the upcoming SBS Monday-Tuesday drama “Haechi.”

The drama will follow the friendships and love story of a problematic Prince Yeoning (played by Jung Il Woo) who cannot become the king. Kwon Yool will take on the role of Park Moon Soo, a man who comes from a difficult background which would have deterred most from even dreaming about success. Despite the odds stacked against him and failing his examinations multiple times, Park Moon Soo can confidently say he has the greatest fighting spirit, dedication, and belief in justice in all of Joseon. He is an intellectual who simply wishes to protect the weakest members of society.

“Haechi” has released its first look at Kwon Yool as Park Moon Soo, who looks like a Joseon scholar with his bright eyes and faint smile, reflecting the confidence and jovial personality that are his biggest charms. Another still shows him chasing someone down with a purpose, a letter clenched in his hand. It will be interesting to see what was written in the letter for Park Moon Soo to be so serious as he races towards something. Park Moon Soo is set to be a kingmaker in the drama, always staying by Prince Yeoning’s side and doing his best to get him on the throne. 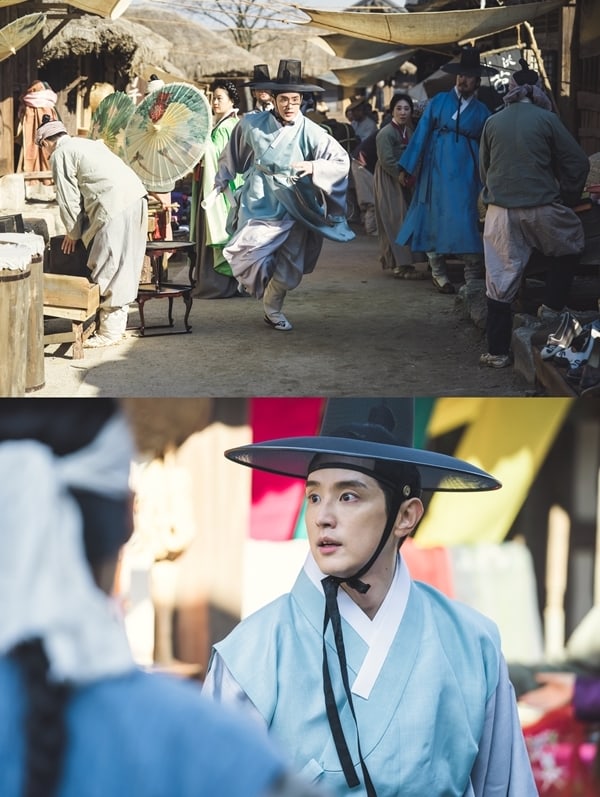 Kwon Yool said, “I am enjoying my time on set with the director, cast, and crew as the cheerful and positive Park Moon Soo. I’m excited to see where his story will go, and I will do my best for the drama. Please give ‘Haechi’ a lot of love.”

“Haechi” will be the follow-up drama to “My Strange Hero” and will premiere on February 11 at 10 p.m. KST.

Kwon Yool
Haechi
How does this article make you feel?