During an interview about their new film “Hit-and-Run Squad,” Gong Hyo Jin revealed a promise she’s made with Jo Jung Suk!

The actors appeared alongside their co-star Ryu Jun Yeol in the January 18 episode of “Entertainment Weekly.”

Gong Hyo Jin was asked to choose between Ryu Jun Yeol and Jo Jung Suk as answers to a series of questions. She chose Jo Jung Suk as the person who usually continues to worry about his acting even after the camera’s off, as well as Jo Jung Suk as an “ad-lib genius” on set.

When posed the question “Which one of them made your heart flutter a bit while you acted together?” Gong Hyo Jin laughed and chose Ryu Jun Yeol, which made him laugh as well. She also chose him as an actor she wants to work with again in 2019. 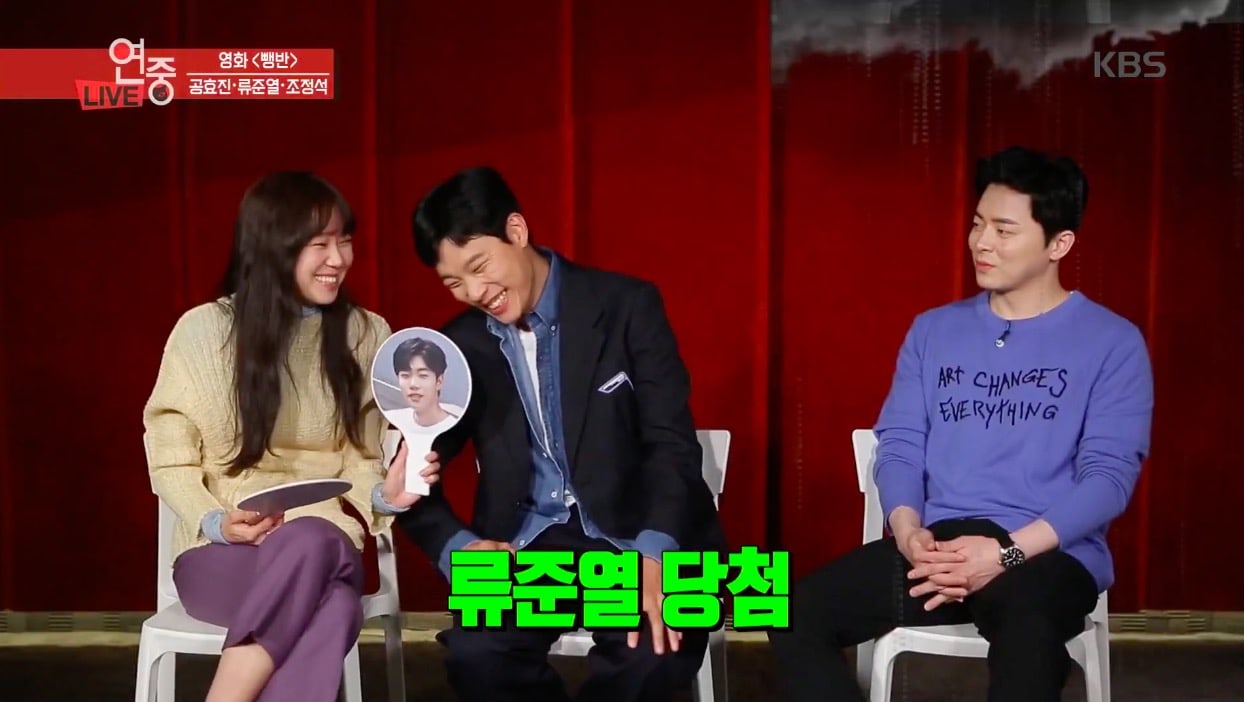 Jo Jung Suk began to suggest that it was because they’d already worked together twice, but Gong Hyo Jin explained, “Jo Jung Suk is married, you know!”

She later revealed, “We made a promise a long time ago! We said it’d be really fun if we played a middle-aged couple in a comedy when we’re in our 40s or 50s.” Jo Jung Suk confirmed that they’d made that agreement.

“Hit-and-Run Squad” opens in theaters in Korea on January 30.