The new photos who Goo Hae Ra and Tae In Joon away from the office and enjoying a park date under the winter sun. As they walk through the park together, they come to a stop and stare into each other’s eyes as they share a serious conversation. She is listening intently to what he has to say, and he has an affectionate smile on his face as he talks to her. 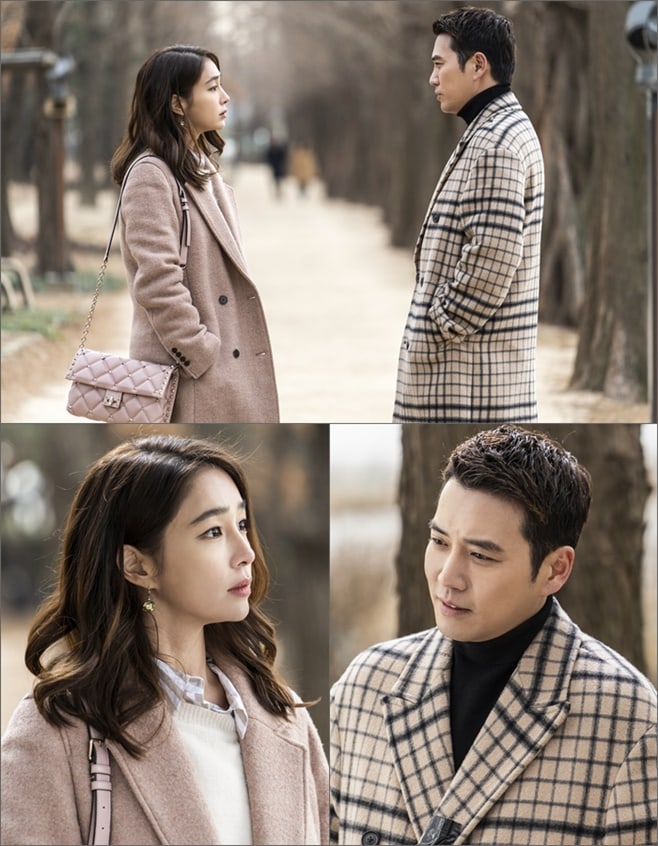 However, the teaser video for the upcoming episode showed Goo Hae Ra saying that she would steal everything from Tae In Joon for her revenge. With Goo Hae Ra pretending to be in love and Tae In Joon completely in love with her, it looks like the road will be very rocky for the couple.

The production staff stated, “The upcoming episodes will show Goo Hae Ra coming face to face with the cruel truth behind her sister’s accident, bringing the drama to a new level. We hope viewers will continue to watch to see how the romance story between Goo Hae Ra and Tae In Joon will unfold.”