Lee Yoo Ri spoke about the effects of her villainous roles on set.

On January 19, the actress appeared as a guest on JTBC’s “Ask Us Anything.”

“When I approach my male co-stars, they flinch,” said Lee Yoo Ri. “They get surprised even if I raise my hand.”

She continued, “Even if I didn’t grab them forcefully, they tell me to loosen up my strength. I guess I’m strong. So I like people who match well to my strength. I can use as much strength as I want while acting with someone like Kang Ho Dong.” Choosing Ryu Soo Young as her best co-star, she said, “He’s tall and worked well with me.” 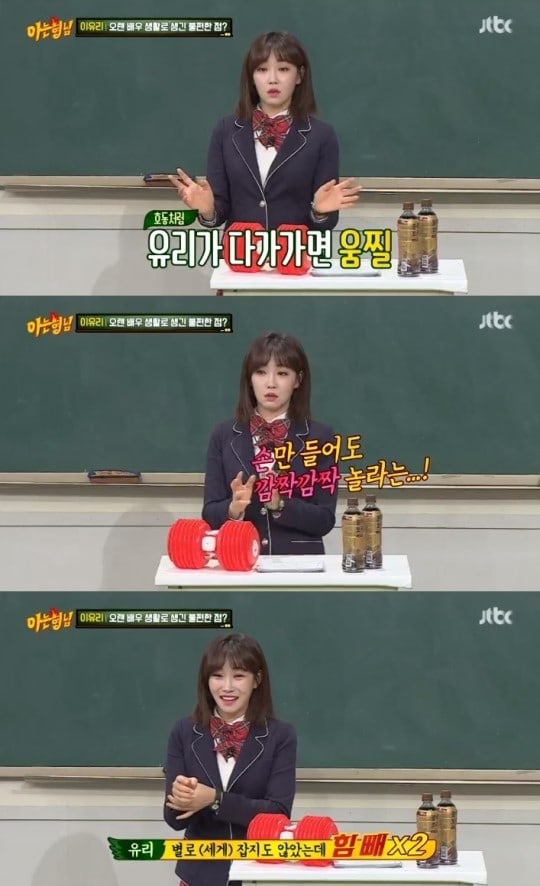 Lee Yoo Ri also revealed that there were aftereffects of playing villains onscreen. She explained, “There was a time I appeared in the play ‘Cry of the Undutiful.’ I tend to try my best every time. I have to control my strength, but I try my best. While crying during my monologue, I used all of my strength on the first day.”

She added, “I lost my voice on the second day of the play. I got vocal cord nodules and they couldn’t be healed no matter what medicine I took. I remember feeling so apologetic to the audience.” 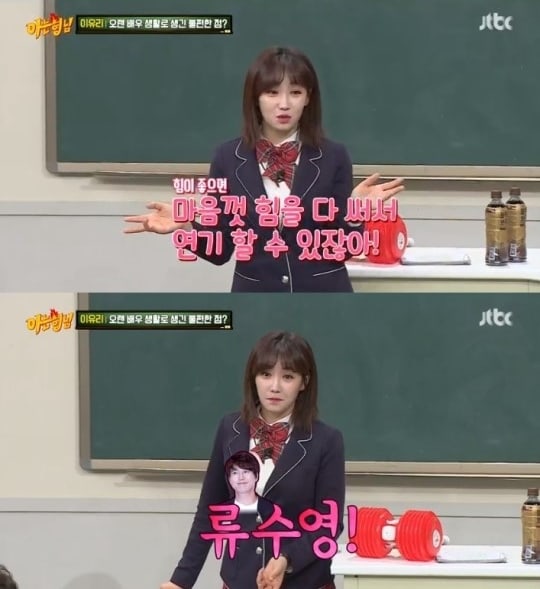 Lee Yoo Ri’s upcoming drama “Spring Turns to Spring” will premiere on January 23 at 10 p.m. KST on MBC. In the meantime, check out the trailer with English subtitles below:

Lee Yoo Ri
Ask Us Anything
Ryu Soo Young
How does this article make you feel?