Cha Tae Hyun recently revealed that his son made an appearance in his hit film “Scandal Makers.”

On the January 20 episode of KBS’s “2 Days & 1 Night,” the cast went on the first day of the “Gangwon Province Noodle Road” trip. During the episode, Kim Joon Ho, Cha Tae Hyun, and Yoon Shi Yoon headed towards a market in Gangwon province. As they drove, Kim Joon Ho asked how old Yoon Shi Yoon was, who answered that he was 34 years old (Korean reckoning).

Cha Tae Hyun mentioned, “I was 34 years old when ‘Scandal Makers’ premiered.” Yoon Shi Yoon was surprised and commented, “Then you played the role of a father at my age.”

The actor shared, “At the time, I was married and had a child, so I was easily able to do that kind of role. In the last scene of ‘Scandal Makers,’ Soo Chan [Cha Tae Hyun’s son] appears. The baby I’m holding in a commercial in the film is Soo Chan.” 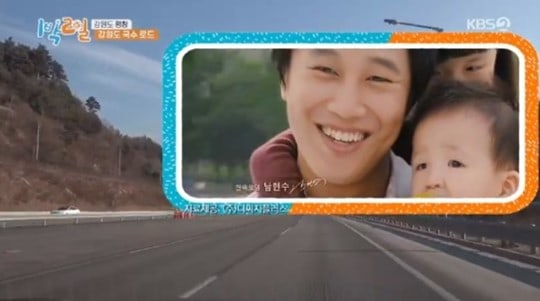 When asked if his son knew that he was in the movie, he answered, “He doesn’t. I haven’t shown it to him.” Kim Joon Ho made the others laugh by saying, “That was Soo Chan’s debut project.”

If you haven’t already, check out Cha Tae Hyun in “Scandal Makers”