ASTRO has announced that they will soon be embarking on their second world tour!

After kicking off their new tour in Seoul last November, ASTRO will be taking their concert on the road this spring. The group will first head to Taipei to perform on March 16, before traveling to the United States to hold concerts in New York, Dallas, Los Angeles, and San Francisco. They will then return to Asia at the end of March to perform in Hong Kong and Bangkok.

Check out the newly announced dates and locations for ASTRO’s second tour below! 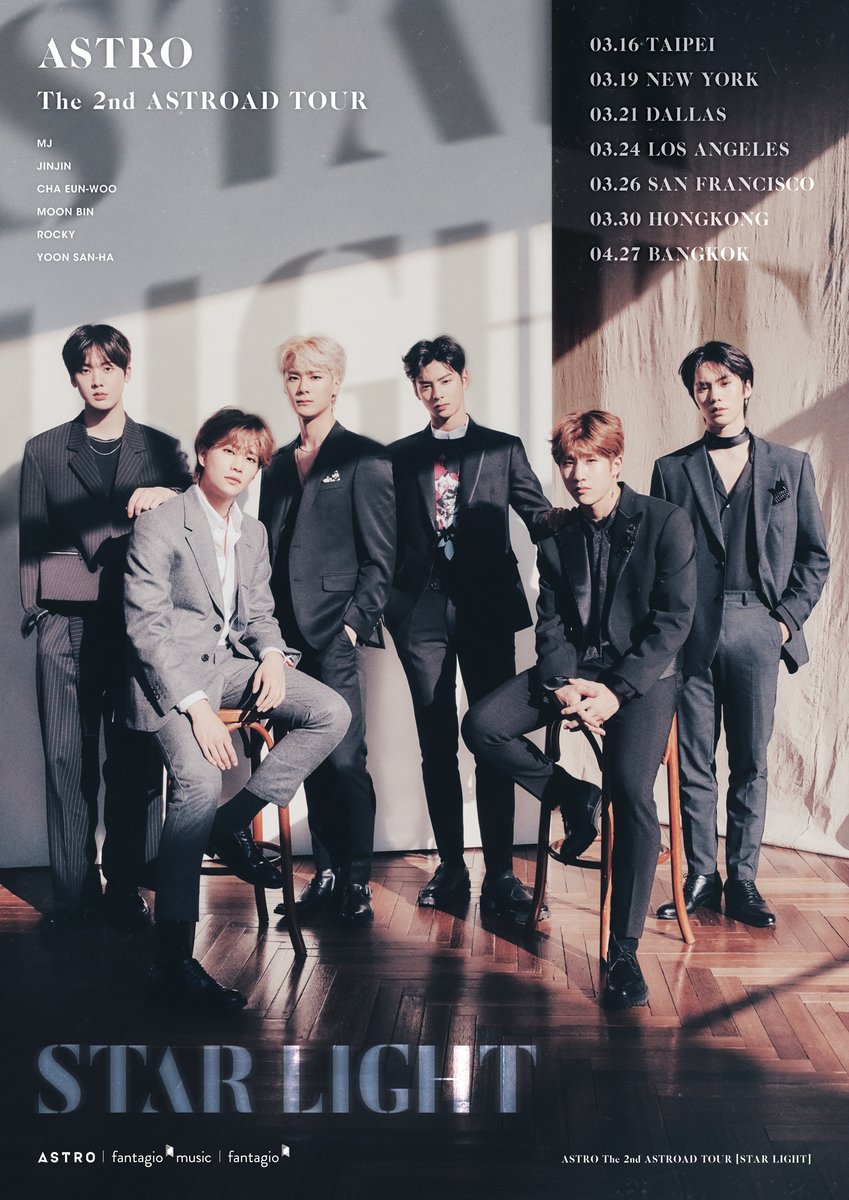 ASTRO recently made a comeback with their first studio album “All Light,” featuring the title track “All Night.” Check out their new music video here!