Shin Ye Eun Talks About Her Chemistry With GOT7’s Jinyoung

In a recent interview and pictorial for @star1 magazine, actress Shin Ye Eun talked about her hit drama “A-TEEN” and her upcoming romantic comedy with GOT7’s Jinyoung.

The rookie actress shot to fame last year after making her debut in the popular web drama “A-TEEN,” in which she played the thoughtful and resilient high school student Do Hana. Her character became so popular among teenagers that it sparked a phenomenon dubbed “Do Hana fever,” with students rushing to imitate not only Do Hana’s signature bob, but even the minute details of the way she wore her school uniform.

Shin Ye Eun humbly remarked, “I never imagined that people would be interested in Do Hana’s style. I once had a bob haircut during my school days, and I remembered that it didn’t suit me, so I was really worried [about getting a bob] for this drama. I’m thankful that people liked it.”

When asked about what she was like as a student in real life, Shin Ye Eun replied, “I wasn’t timid, but I also wasn’t an overwhelmingly confident student like Do Hana. Do Hana boldly makes her thoughts known, and she’s a special kid who values her friends. So it was fascinating to experience what Do Hana went through in her school life.” 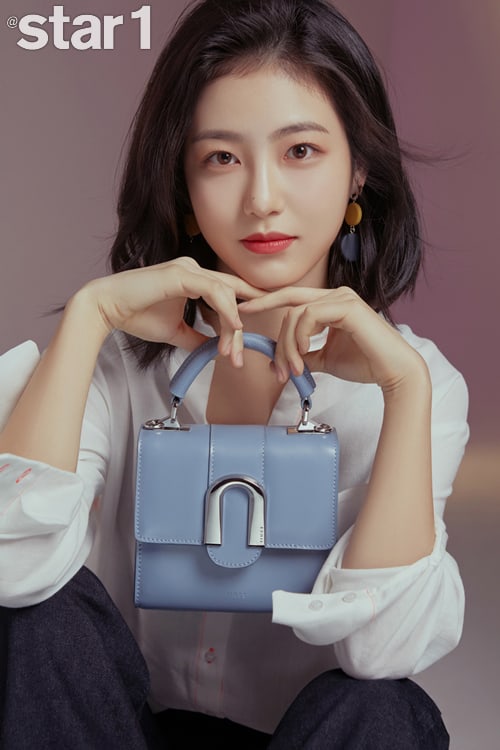 For her second project, Shin Ye Eun will be starring opposite GOT7’s Jinyoung in the upcoming tvN drama “He is Psychometric.”

“In ‘He is Psychometric,’ I’ll be playing a character who has a lot of emotional scars and a painful past, but who wears a mask and acts confident as she lives her life,” said the actress. “I’ll be portraying pain and sorrow that is hidden behind tough behavior.”

She went on, “I’ve been hearing from people on set that my chemistry with Jinyoung is getting better and better. I think that as time passes, [our teamwork] will improve and be better than it is now.”

As for the kinds of roles she’d like to tackle next, Shin Ye Eun shared, “I’d like to act out a love that ends in farewell. I want to express those emotions with my own unique sentiment.” 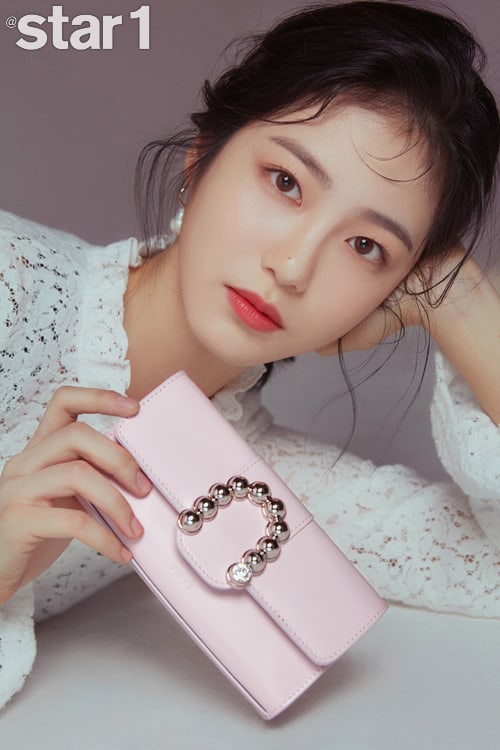 Finally, the actress talked about her recent guest appearance on KBS 2TV’s “Happy Together.” She commented, “After filming ‘Happy Together,’ I realized how much fun variety shows are. I want to appear on all the variety shows I can. I recently moved out of my parents’ house and am currently living alone, so if the opportunity arises, I’d like to appear on MBC’s ‘I Live Alone.'”

“He is Psychometric” is scheduled to premiere in March.

In the meantime, watch Shin Ye Eun’s episode of “Happy Together” below!

GOT7
Jinyoung (GOT7)
Shin Ye Eun
A-TEEN
He is Psychometric
How does this article make you feel?