On January 21, a press showcase was held ahead of Cherry Bullet’s debut album release.

The new girl group is FNC Entertainment’s first since AOA’s debut in July 2012. Cherry Bullet is a 10-member group including Haeyoon, who many are familiar with from “Produce 48,” along with Yuju, Mirae, Bora, Jiwon, Kokoro, Remi, Chaerin, LinLin, and May.

On making their debut, Jiwon commented, “Now that we are debuting, I am very excited and looking forward to it. I am so happy that we can all debut together. I hope that we can work hard from now on and bring joy to people who watch our performances.”

Haeyoon added, “I am really nervous because it is our actual debut. I am also very happy as it is the debut I have been waiting for.”

The group also described the Cherry Bullet “world.” Haeyoon explained, “The story of our ‘world’ is that Cherry Bullet clears games together with each of our robots. Each time we make a comeback, a new quest takes place. We will showcase new charms as we fulfill the quests, so please look forward to it.”

When asked about being FNC’s first girl group since AOA, Bora shared, “I think there is lots of anticipation because we are [FNC’s] first girl group in six years after AOA. We met them often in the practice room, and seeing them work hard on practicing even through their busy schedules was respectable and made us think that we should learn from them. We will work hard to not cause harm to AOA’s name.”

The members also spoke about support from their FNC labelmates. Jiwon remarked, “FTISLAND’s Lee Hong Ki sunbaenim (senior) made an appearance on our debut reality show, which gave us a lot of strength. I really want to express my gratitude through this opportunity.”

Haeyoon revealed, “AOA’s Chanmi sunbaenim gave us a handwritten letter of support, saying, ‘Contact me when you are having a hard time.’ As we have received this support, we will have to work harder.” 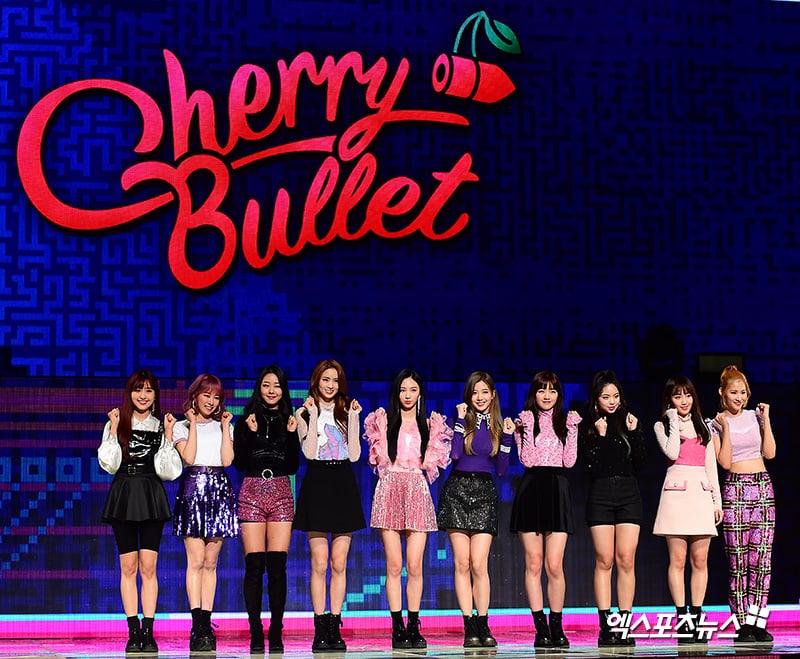 With the debuts of many other rookie groups this year, Haeyoon shared on what will set them apart from other groups, “I want to choose ‘lovely power’ as our personal color. We are lovely individually, but our performance together is full of energy.”

To conclude, the members spoke about their goals for the year. Chaerin said, “As we are rookies that have just debuted, we want to work hard on promoting ourselves. Also since it is a once-in-a-lifetime opportunity to receive a rookie award, we want to work really hard and win all of the rookie awards.”

Bora continued, “We were always told to dream big. To add on another goal, we want to enter the Billboard charts. Since Billboard highlighted us as a rookie group to look forward to in 2019, we set our hearts on making it onto Billboard. We will work harder.”

XPN
Cherry Bullet
How does this article make you feel?