The actress sat down for an interview on the January 21 broadcast of the weekly entertainment news show.

Interviewer Park Seul Gi brought up Lee Yoo Ri receiving the Top Excellence Award for an Actress in a Weekend Drama for her performance in “Hide and Seek” at the 2018 MBC Drama Awards as well as the actress’s selfie with So Ji Sub at the event.

After revealing that she’s a fan of So Ji Sub, Lee Yoo Ri said, “I had only seen him on TV since I was young. I saw him on ‘Something Happened in Bali’ and liked him starting then. I received the award and he was in front of me.” 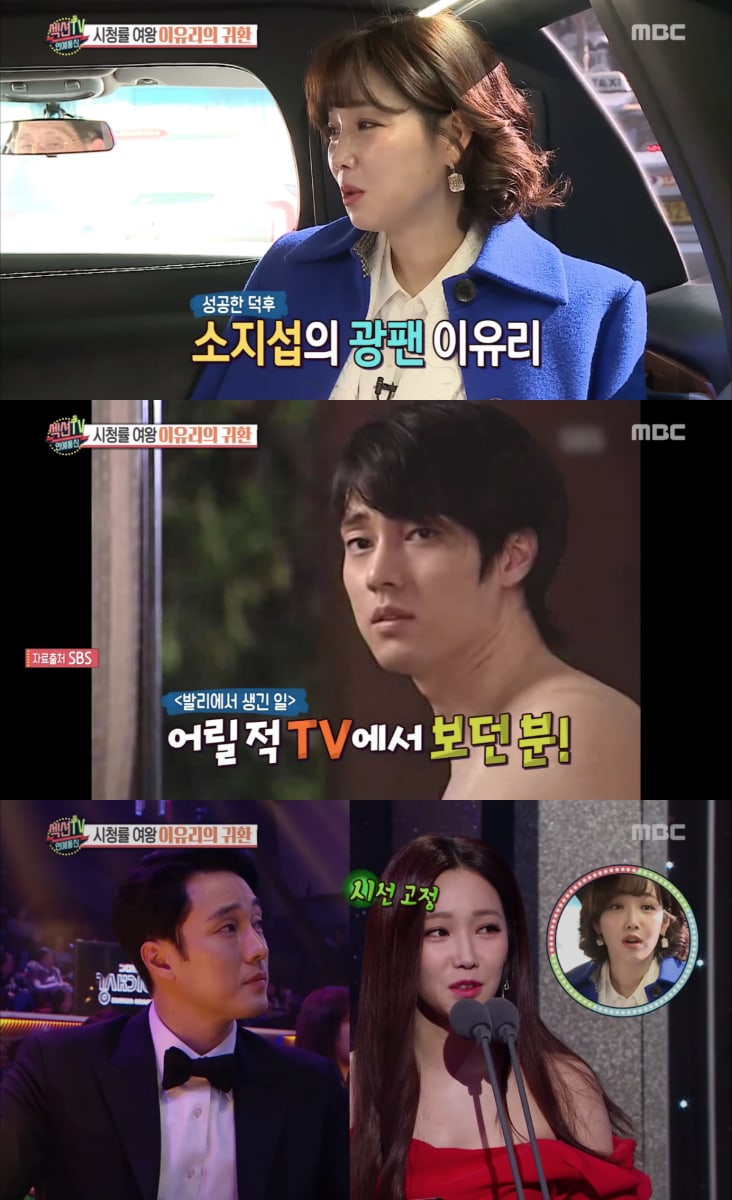 She explained that she kept looking down at him throughout her speech. “It was my first time seeing him,” continued Lee Yoo Ri. “I was so happy. I took my cell phone and quietly asked him, ‘I’m sorry but can we take a photo?’ He took the photo himself, but So Ji Sub’s face came out bigger than mine. I would’ve chosen another one if I had two or three photos, but I only had one photo.”

The interviewer commented that So Ji Sub tends to always lean forward when taking photos and they both praised his consideration for others. On the kind of drama she would like to work on with So Ji Sub in the future, Lee Yoo Ri replied, “Any role. Yes. Any character.” 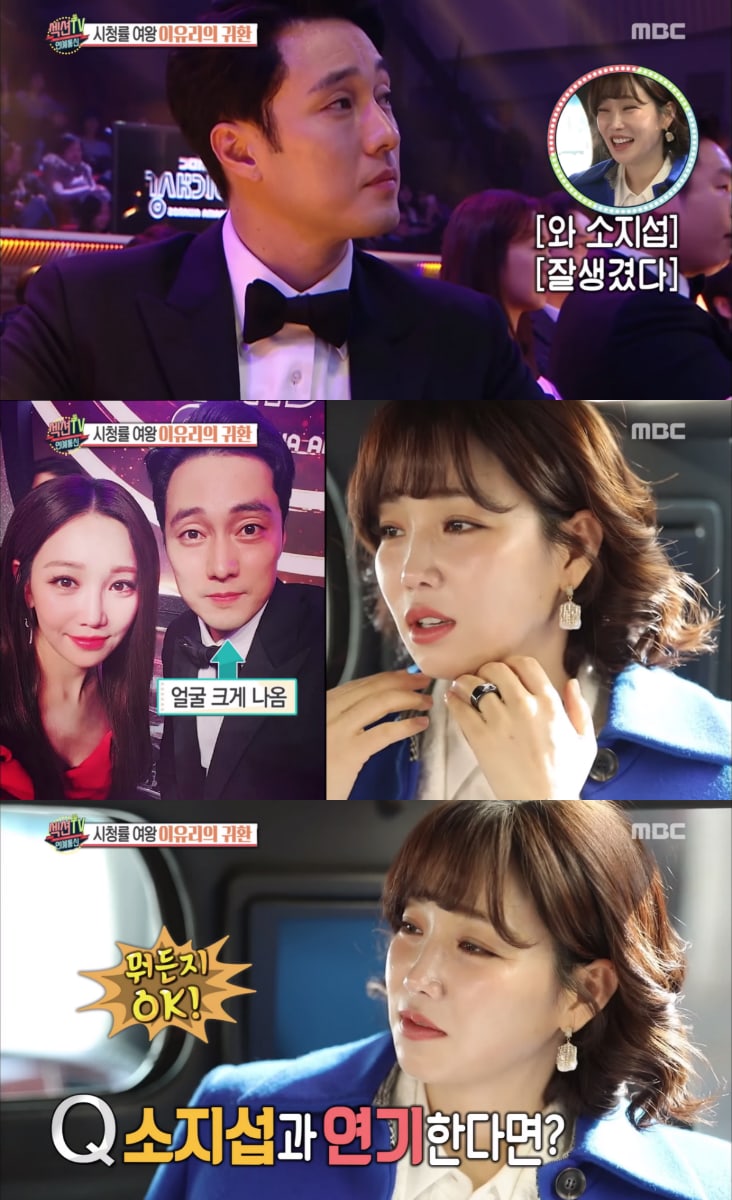 Lee Yoo Ri will star in the upcoming MBC drama “Spring Turns to Spring” that tells the story about two women with opposite personalities who switch bodies. This fantasy comedy drama will premiere on January 23 at 10 p.m. KST, and will be available on Viki! In the meantime, check out the trailer with English subtitles below:

Lee Yoo Ri
Section TV
So Ji Sub
How does this article make you feel?