Yeon Jun Kyu, though top dog at the law firm, is reduced to his fanboy heart in the presence of top actress Oh Yoon Seo (Yoo In Na). His fur-clad, flower-toting self depicted in the stills is waiting for Oh Yoon Seo to arrive on her first day of work at the law firm. 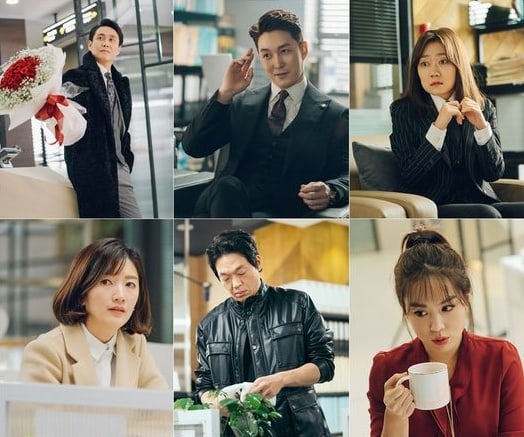 Actress Kim Hee Jung plays Kim Hae Young, the gossip girl of the office. No drama goes unnoticed under her careful watch, and she is described as a “dangerous character” with the means to shake things up.