“My Strange Hero” is about Kang Bok Soo (played by Yoo Seung Ho), a man who was expelled from his high school after being framed for bullying. He returns as an adult to enact revenge but is swept up in other incidents. Jo Bo Ah plays a blunt teacher named Son Soo Jung, who is Kang Bok Soo’s first love, while Kwak Dong Yeon plays Oh Se Ho, the board director of Seol Song High School.

As Kang Bok Soo returns to his high school, he reunites with Son Soo Jung and the two realize how gender discrimination and corruption is rampant at Seol Song High School. The two dig up details of the board directors’ evil deeds and face them together.

In the newly released stills, Kang Bok Soo gazes at something in the distance in appalled astonishment. His expression bring forth questions of what other dark connections Kang Bok Soo has discovered at the high school. 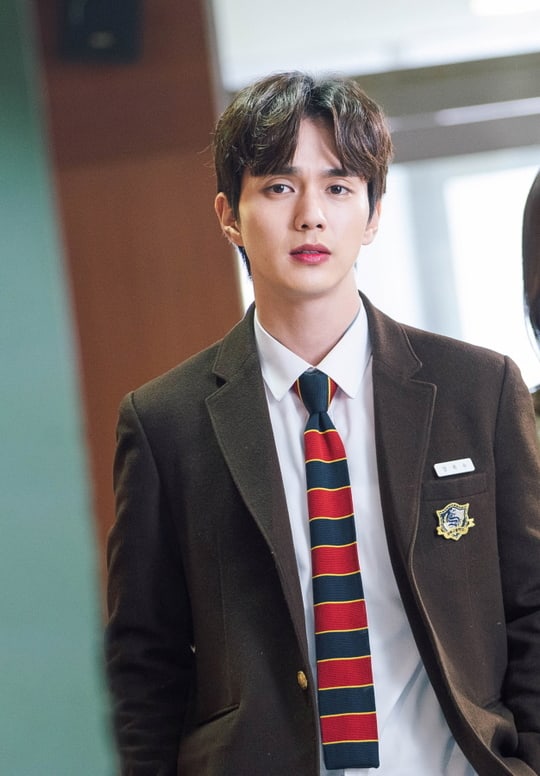 Son Soo Jung remains as Kang Bok Soo’s first love who even as a teacher isn’t afraid to swear at and intimidates others. Furthermore, in a previous episode, although Son Soo Jung broke up with Kang Bok Soo due to the actions of Oh Se Ho, who is jealous of Kang Bok Soo, she announced her firm decision to stand as a witness to the corruption in Seol Song High School.

However, another image shows Son Soo Jung crying again at the very place that left her in shock and tears nine years ago, raising questions over what shock and grief she might be facing again. 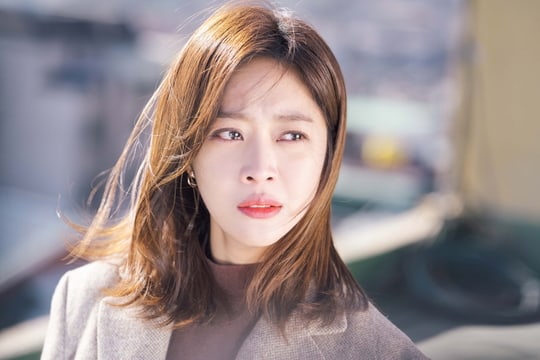 Oh Se Ho is a character who feels inferior to Kang Bok Soo and holds unrequited feelings for Son Soo Jung. Due to these events, he threatens the two and does everything in his power to make sure they break up.

In a surprising turn of events, Oh Se Ho, who had deeply hurt others all this time, stands behind the reporters wearing a stunned expression. 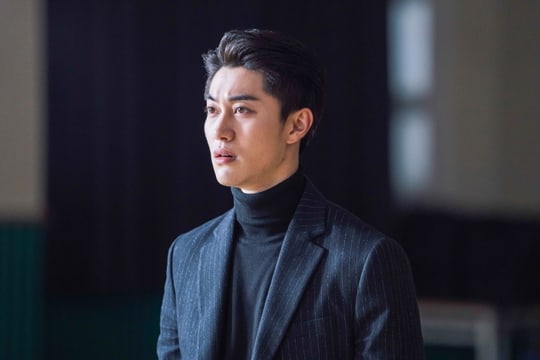 The production staff stated, “Yoo Seung Ho, Jo Bo Ah, and Kwak Dong Yeon are leading the drama by displaying the solid acting power of the ‘Young Blood Actors.’ Please look forward to surprising developments that will unfold in episodes 25 and 26 that will be aired today [January 22], following Bok Soo and Soo Jung’s determination to announce the corruption of Seol Song High School to the world and Se Ho’s actions of further pressuring those two in the previous episode.”

“My Strange Hero” airs every Monday and Tuesday at 10 p.m. KST.

If you haven’t already, check out the latest episode below: