Kim Kang Woo shared his thoughts on his character on “The Item,” compared him to his previous role, and more.

“The Item” is about a man and a woman whose fates are entangled as they discover everyday items with special powers. The drama also stars Joo Ji Hoon and Jin Se Yeon.

Kim Kang Woo plays the sociopath vice-chairman of Hwawon Group named Jo Se Hwang. He commented, “He thinks that he’s a god. That’s why he has a very strong desire to have the item’s special power. His cruel actions are never-ending in order for him to reach that goal. His image in front of the public and when he’s scheming is the complete opposite. It almost feels like I have taken on a dual role.”

The actor took on the role of a very innocent man through “My Husband, Mr. Oh!” last year. Comparing the drastic difference in his character from his previous drama to the one in his upcoming one, he remarked, “There were a lot of viewers who loved innocent Oh Jak Doo, who was honest and devoted in his love. That’s why they may be surprised through this drama. I don’t want [the upcoming role] to be an obvious villain, but I want to make him a three-dimensional character.”

Kim Kang Woo further shared on his character, saying, “He is a chaebol who has everything in the current world and doesn’t feel the fun in living a normal life. He enjoys collecting items and ruling the world. If it’s to reach his goal, getting rid of people is like a game or hobby for him. I’m working hard to get rid of as much emotion as possible and convey his coldness as he acts to reach his goal. I’m taking on all the other characters and incidents through Jo Se Hwang’s heart and perspectiveand by getting rid of Kim Kang Woo.”

He expresses his character’s wealth as well as the coldness in newly released photos. He smiles with an evil glimmer shining in his eyes, arrogantly sits in a chair while holding a dog by the scruff of its collar while looking displeased on the phone, and stares intently at artwork as if he is trying to decipher some kind of meaning. 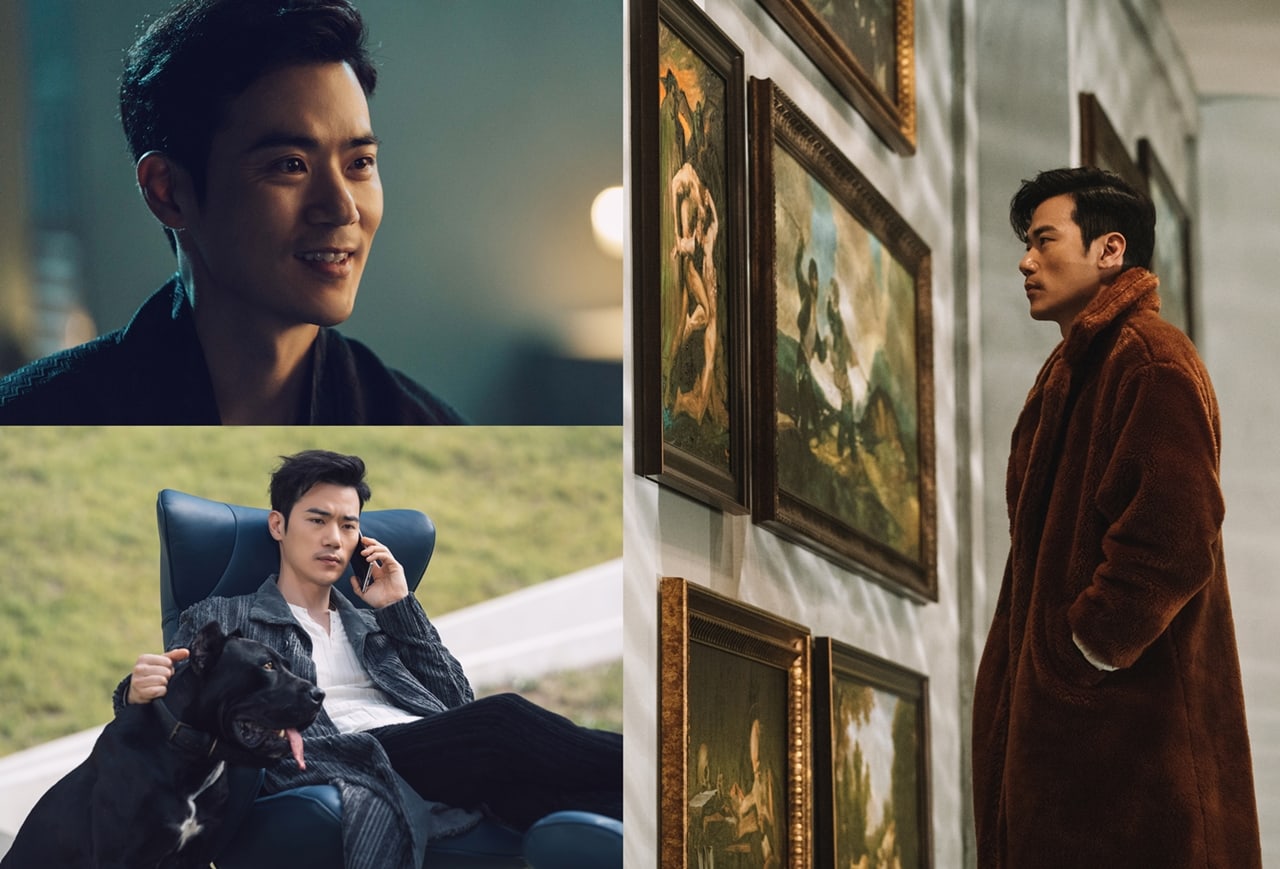 He added, “There is an element of mystery to ‘Item’ but the story flows with tension, so it is very interesting. Especially in the first episode, Jo Se Hwang shows a momentary glimpse of his cold, sharp self compared to his innocent and honest image. That shows you in an instant what a scary character he is.”

“The Item” will air after “Less Than Evil,” with its first episode on February 11 at 10 p.m. KST. The drama will be available on Viki!

Check out a preview of the drama below!

Kim Kang Woo
The Item
How does this article make you feel?