On the January 22 broadcast of MBC every1’s “Video Star,” EXID’s Hyelin and Sandara Park talked about their struggles with hair loss.

Hyelin said, “I’m embarrassed about talking about my hair loss for the first time.” After parting her hair, she explained, “To be honest, these are hair extensions. Due to the nature of the job of an idol, I bleached, cut, and dyed my hair numerous times. There isn’t a day where my scalp isn’t suffering.”

She went on to say, “But the biggest cause was when Solji was receiving treatment when she was sick. I guess the burden was really big for me and that’s the first time I developed partial hair loss.”

In 2016, Solji halted promotions due to hyperthyroidism and received orbital decompression surgery. During her hiatus, EXID promoted as a four-member group. Since then, she has fully recovered and joined the group for their latest comeback.

Hyelin continued, “Thankfully, Solji returned so my hair is filling out again.” When host Kim Sook told her she can receive treatment, Hyelin replied, “I’m spending money [on hair care].” 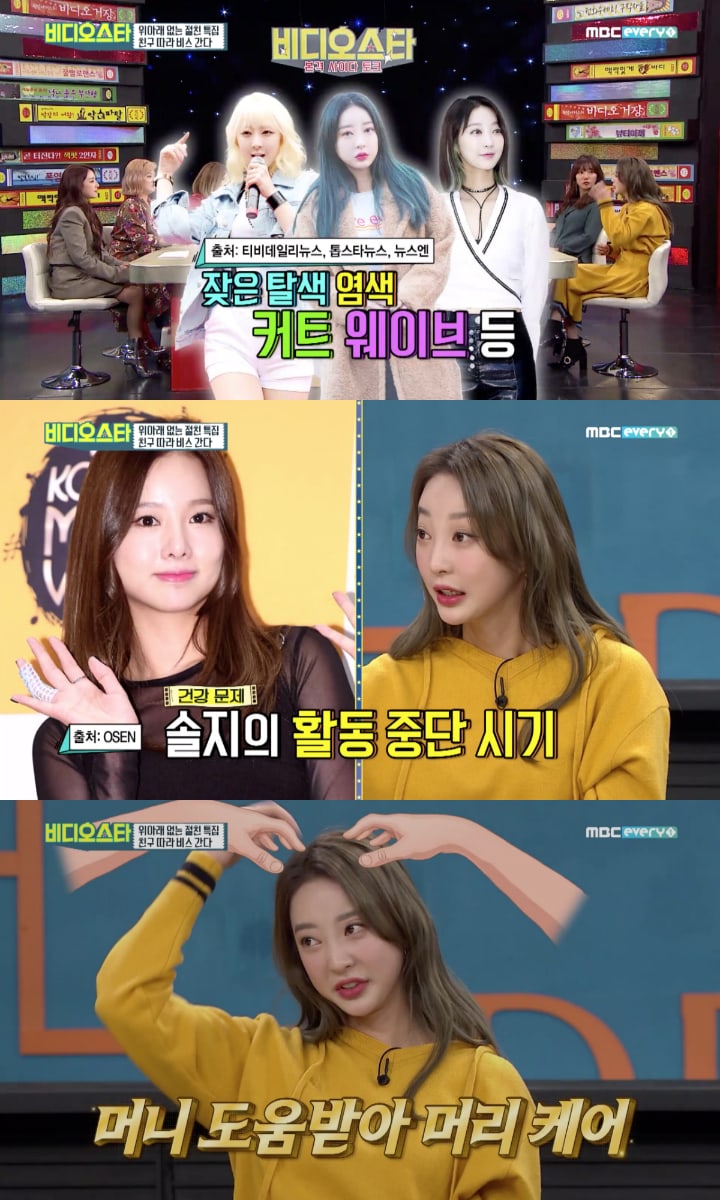 Host Park Na Rae then told Sandara Park that she should listen and apologize to Hyelin because she contributed to the EXID member’s hair loss.

“My agency employees said that I need to do whatever it takes including dying my hair to leave a strong impression,” explained Hyelin. “The proposal was Sandara Park’s hairstyles. The first hairstyle was an up-do that brushes all of the hair up. I lost about 50 percent of my hair when I did that at the beginning of my debut. Because you can’t leave a single strand of hair, I put glue on my hair and brushed it up.”

Sandara Park commented, “I lost a lot of my hair doing that style as well. My bun was full in the past, but my bun is small when I do it now. I have to use shading powder on my forehead now since I used to pull my hair up so much. But you have to do that in order to look pretty on stage.” 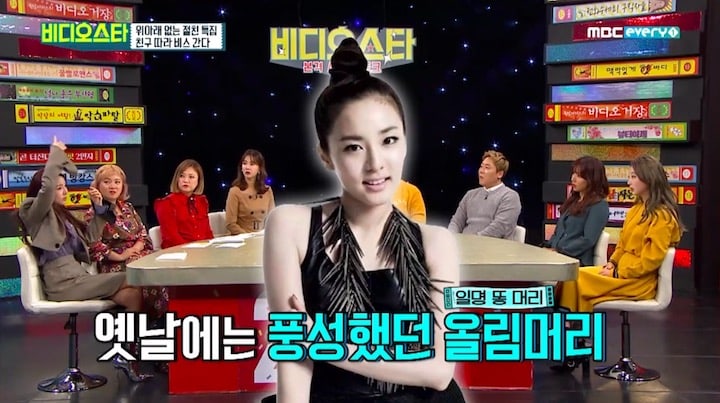 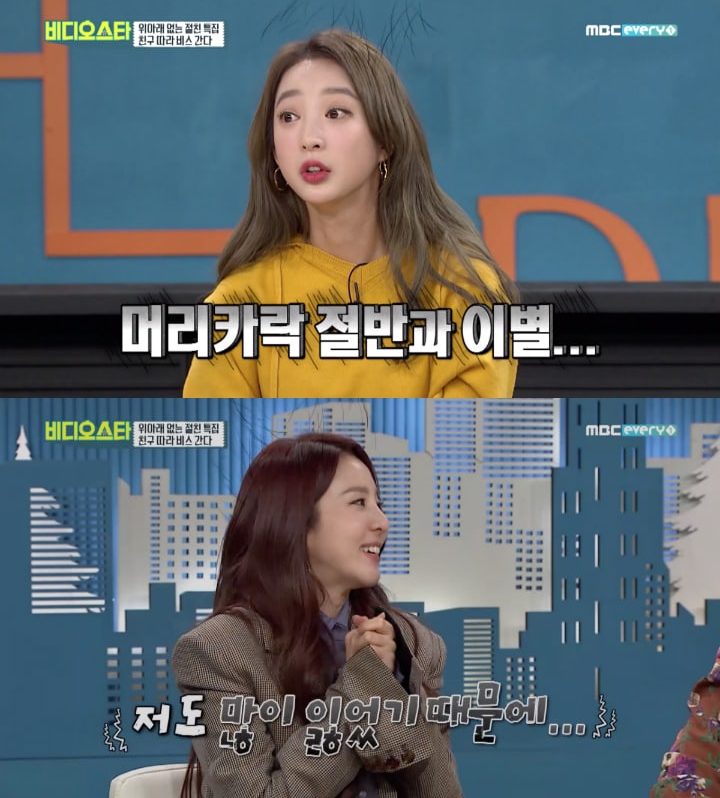 EXID
Sandara Park
Hyelin
Video Star
How does this article make you feel?