“Radiant” tells the story of a woman who loses all of her time before being able to use it and a man who throws away his brightest days by living with low energy. The drama is gathering attention due to veteran actress Kim Hye Ja playing a role that shares her name, as well as Han Ji Min being casted for the same role at a different age. 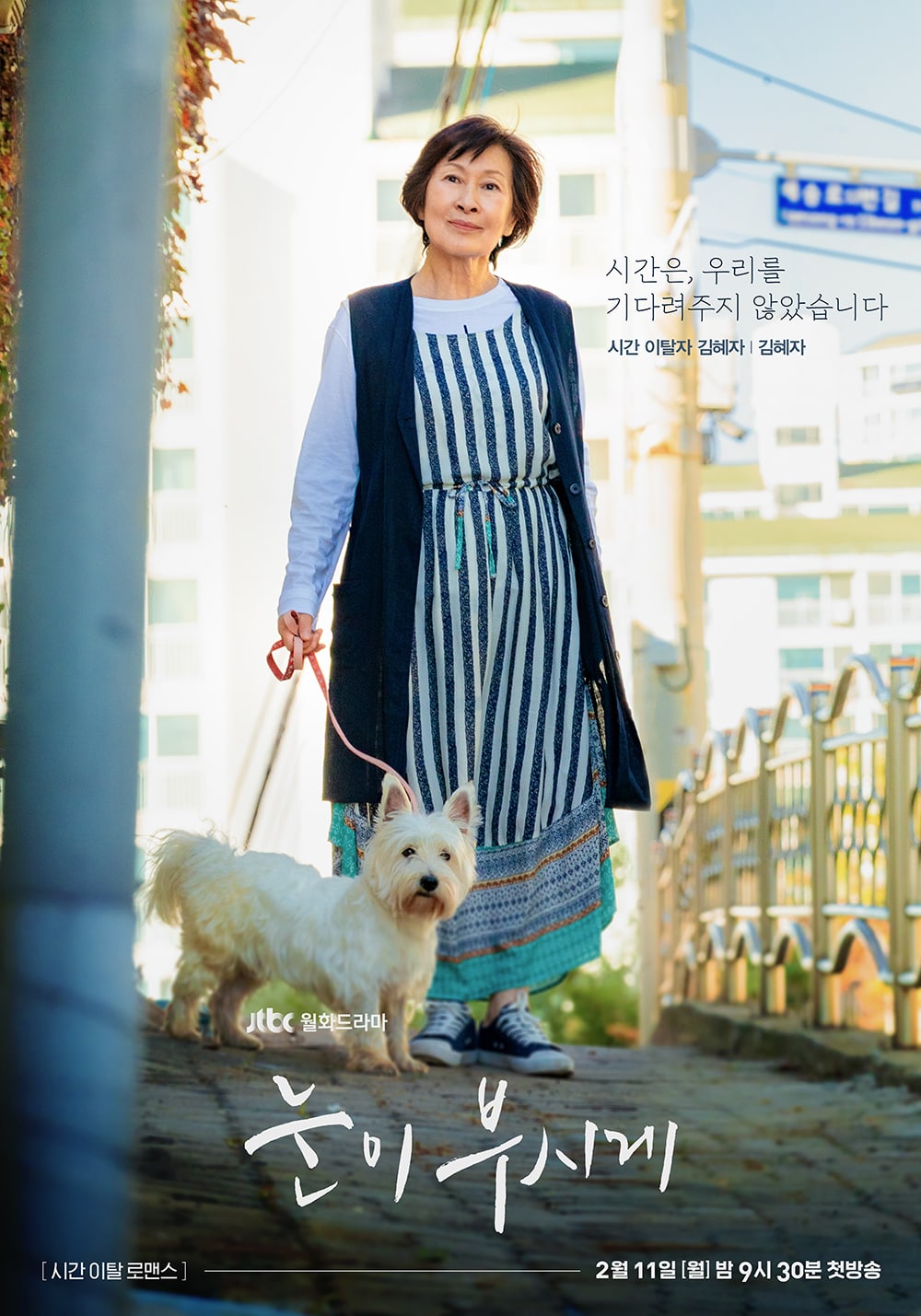 In her poster, Kim Hye Ja walks a dog and enjoys her everyday life. She has a satisfied smile on her face that seems to imply that she has spent a fruitful life. Her character Kim Hye Ja is an optimistic and righteous woman who aspires to be an announcer. One day, she gains the ability to turn back time but ends up getting caught in time that has been tangled up. The text reads, “Time did not wait for us.” 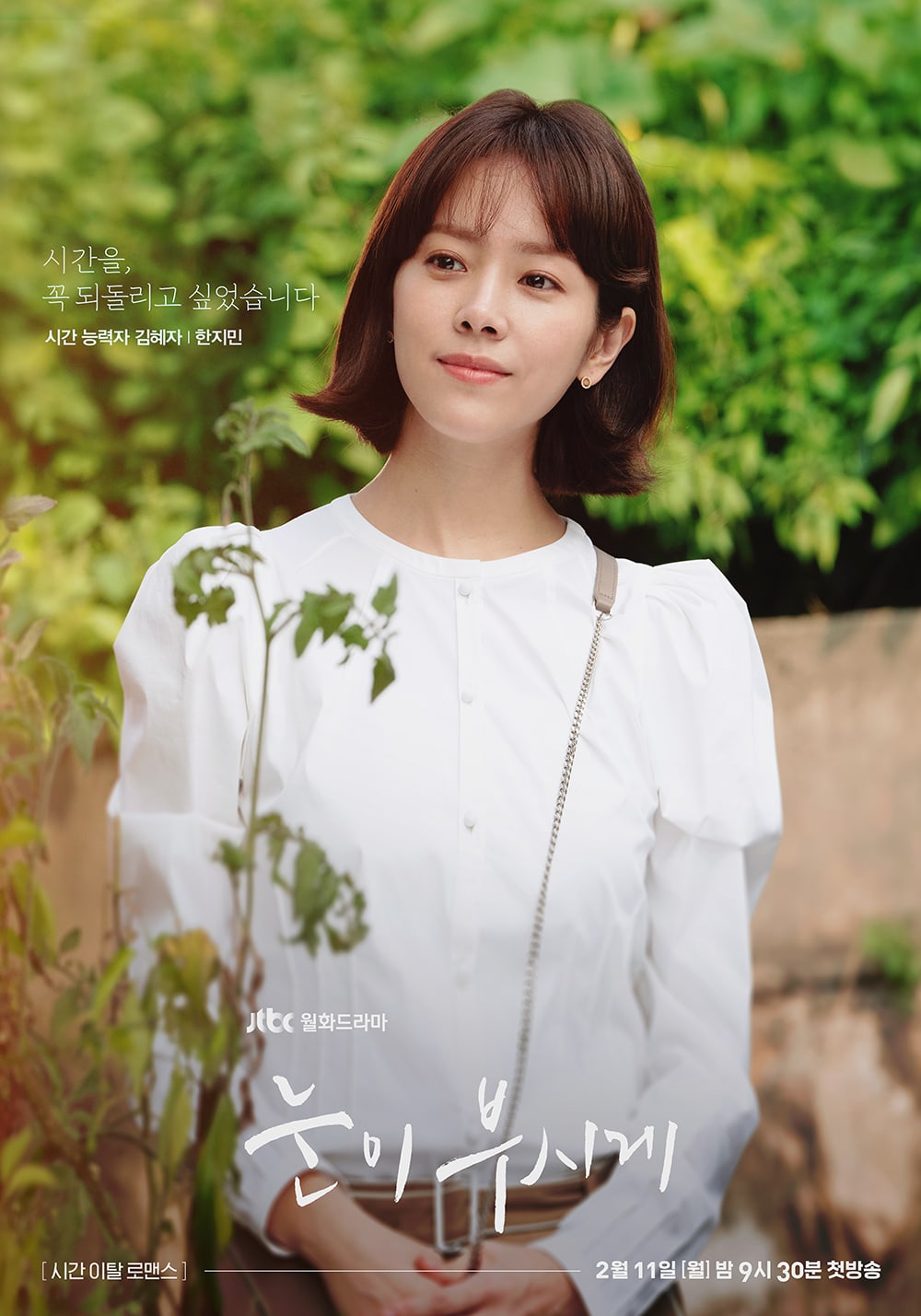 Han Ji Min has a sweet smile on her face as she looks over at someone. She plays the 25-year-old Kim Hye Ja who loses all of her youthful days and ages in an instant. The text on the poster says, “I really wanted to turn back time.”

It will be interesting to see how the character Kim Hye Ja, whose body is in her 70s and mind is in her 20s, is portrayed by the two actresses. 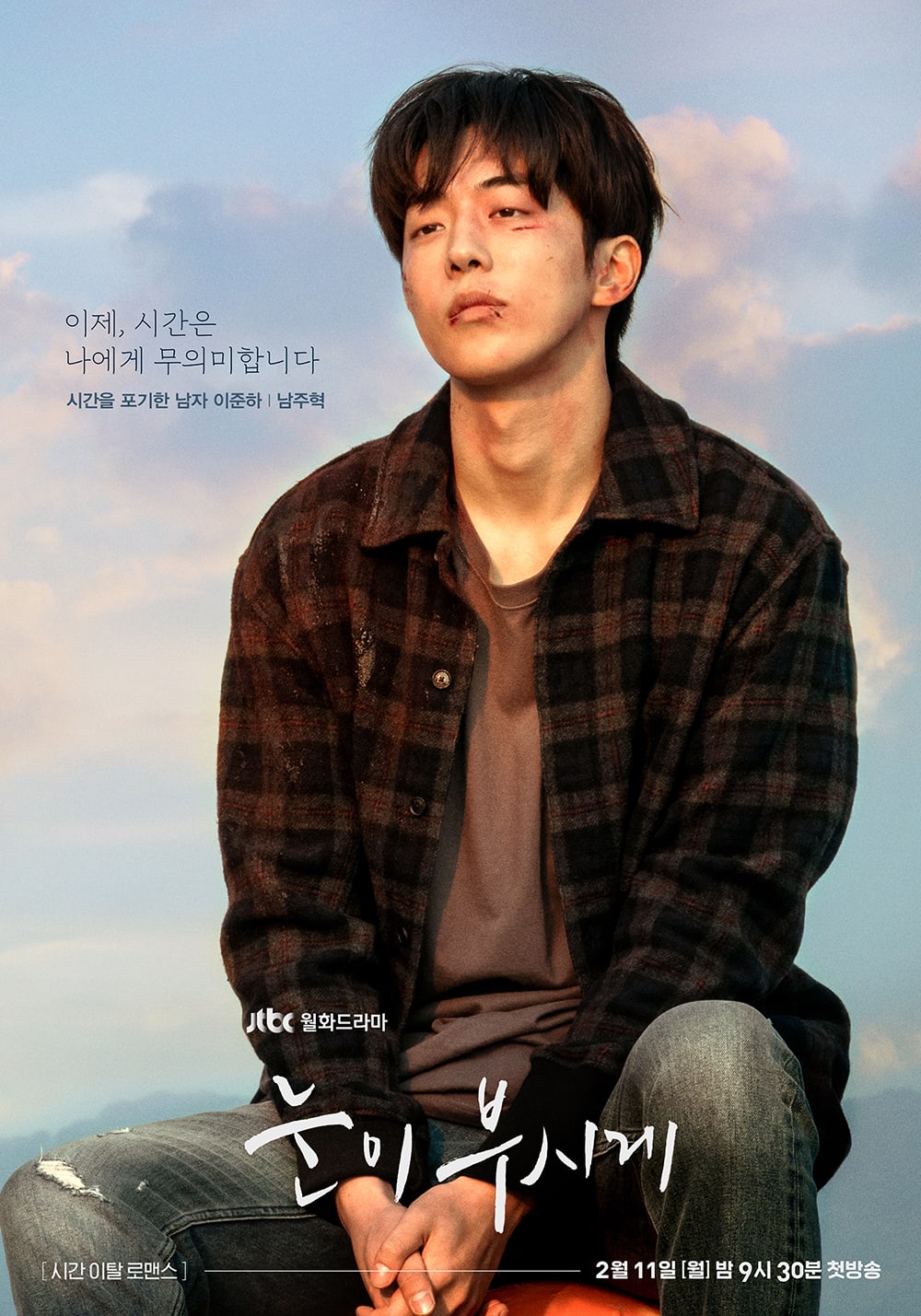 Nam Joo Hyuk plays Lee Joon Ha, an aspiring reporter who has the appearance and qualifications that everyone is jealous of. However, something happens to him, and he begins to live a soulless life. Accordingly, the poster reads, “Time has no meaning to me anymore.” Viewers will get to find out why he decided to give up on his promising life and how he encounters the two Kim Hye Ja. 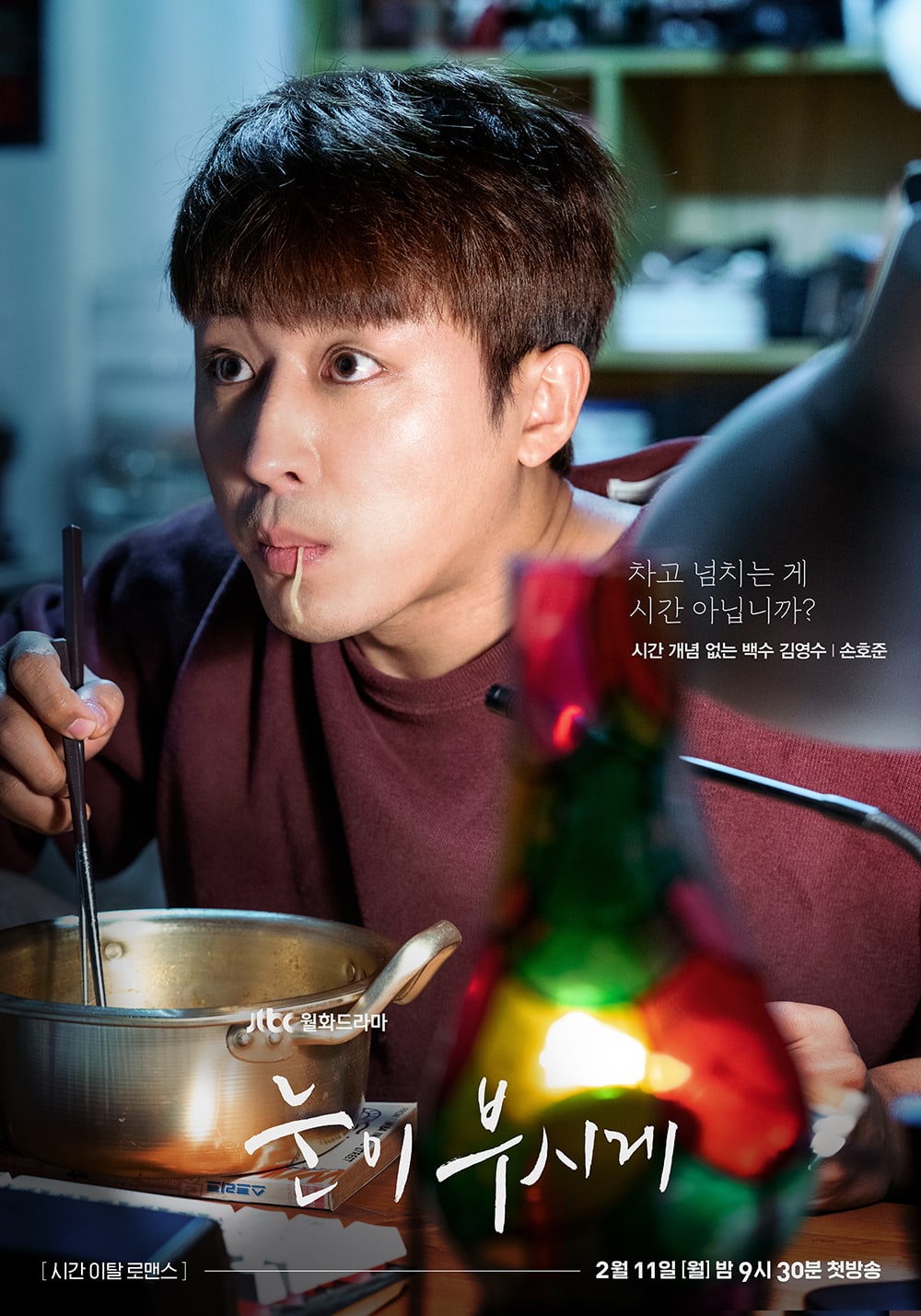 Lastly, Son Ho Jun plays Kim Young Soo, Kim Hye Ja’s older brother. He will be the comedic character of the show, as his expression in the poster already suggests. The text reads, “Isn’t time all we have?” Kim Hye Ja, Han Ji Min, and Son Ho Jun will show a hilarious and realistic depiction of sibling relationships.