In the released stills, Soo Hyun (played by Song Hye Kyo) looks into the distance from a bridge. A closer look shows her expression, which reveals her complicated inner feelings. Unable to hold back her emotions, Soo Hyun is shown tearing up.

Jin Hyuk (played by Park Bo Gum) is also devastated as he’s crying in the streets. He’s unable to restrain his feelings, and he breaks down on the street in tears. Fans are particularly heartbroken to see Jin Hyuk, who has always had a positive attitude even in difficult situations, overwhelmed with sadness. With two episodes until its conclusion, viewers are curious to find out if “Encounter” will have a happy ending. 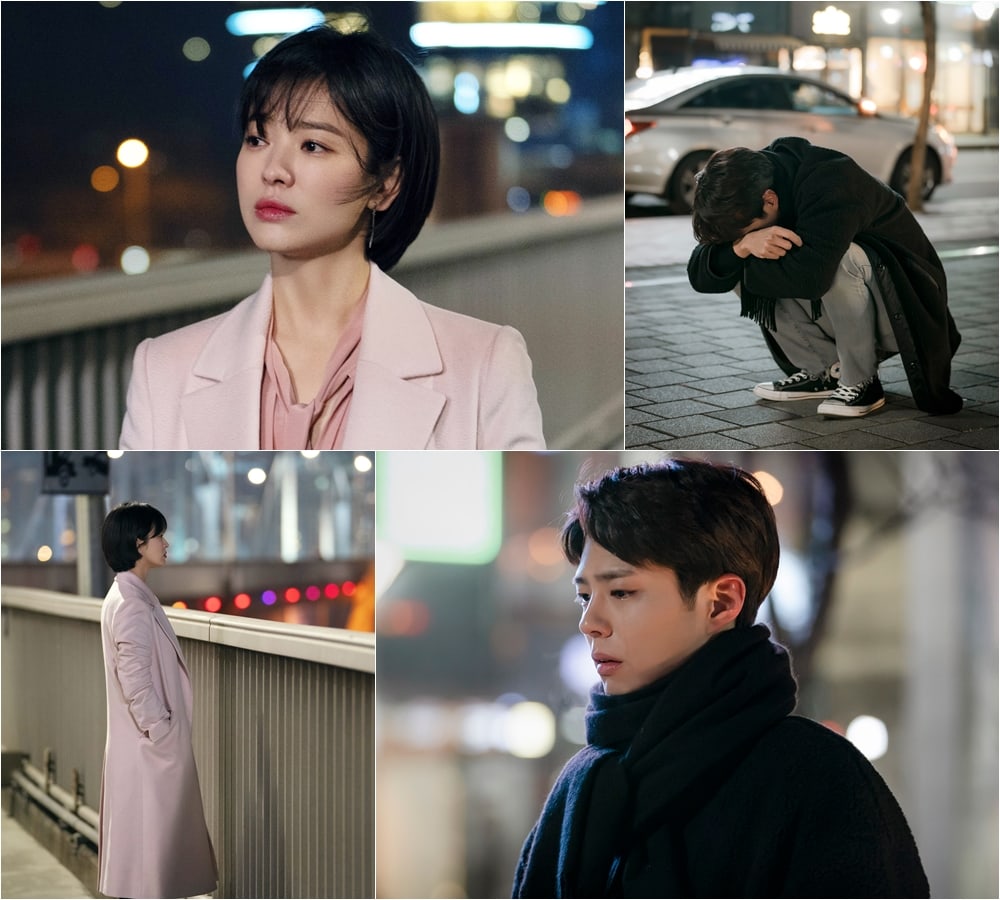 In the previous episode of “Encounter,” Soo Hyun resolved to break up with Jin Hyuk after Jin Hyuk’s mother (played by Baek Ji Won) came to Soo Hyun in tears, pleading for her to break up with Jin Hyuk. Soo Hyun decided to push aside her own happiness after she saw the effect on the normal life of Jin Hyuk’s family. Jin Hyuk was unaware of this situation and had promised to stay by Soo Hyun’s side no matter what problems arose. Viewers are curious to find out if the couple will be able to get back together after they overcome their adversities.

The production staff of “Encounter” shared, “Please show lots of interest for the two people’s romance until the end to find out whether Soo Hyun and Jin Hyuk, who have been strong in times of difficulties, will overcome all their adversities to keep their love alive.”

“Encounter” airs every Wednesday and Thursday at 9:30 p.m. KST. Catch up with the latest episode below!