8 Romantic Chinese And Taiwanese Movies For A Cozy Night In

Whether it’s to tell a heartbreaking story or show the growth and development of a relationship, romantic movies come in various forms. But one thing’s for sure: they are all enjoyable to watch. Here are eight Chinese and Taiwanese films that offer different interpretations of romance and relationships! 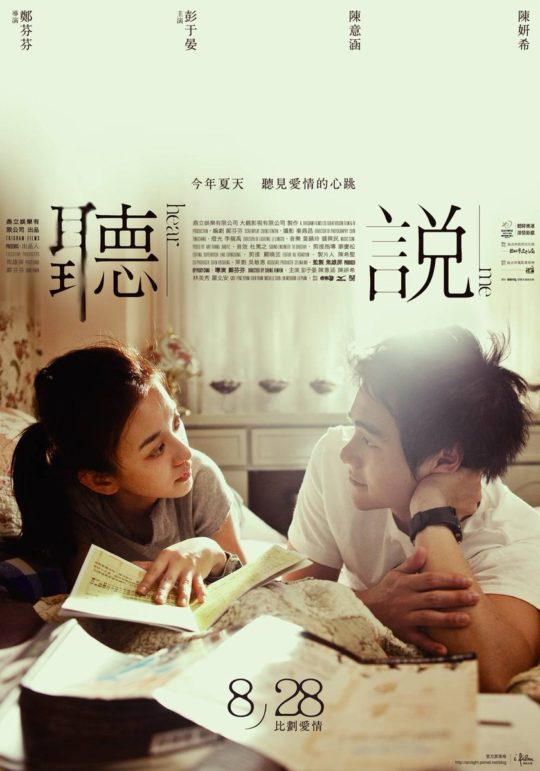 For those looking for a cute and romantic story, look no further than the film, “Hear Me.” The film tells the story of a young delivery man named Tian Kuo (Eddie Peng), who meets Yang Yang (Ivy Chen), a girl who has a hearing impairment. The main leads first meet at a swimming pool, with Tian Kuo making a delivery and Yang Yang cheering for her athlete sister, Xiao Peng. The story unfolds as Tian Kuo starts signing with Yang Yang in the hopes of getting closer to her. “Hear Me” excels in creating the warm fuzzy feelings of a budding romance through a non-verbal approach, and the heartwarming sisterly bond between Yang Yang and Xiao Peng comes as an added bonus! 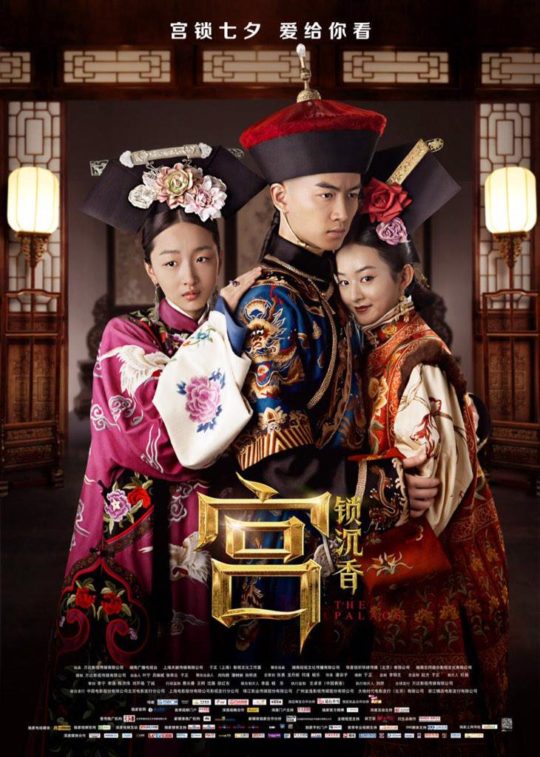 In “The Palace,” a young palace maid named Chen Xiang (Zhou Dong Yu) runs into the 13th Prince (Chen Xiao) while covering night duty for her best friend Liu Li (Zhao Li Ying). When the 13th Prince falls for Chen Xiang’s charm and kindness, he goes on a search to find the masked palace maid he met the night before. But unexpectedly, Liu Li says she was that maid. This movie helms a very popular cast of stars — most notably Zhao Li Ying and her role as one of the villains. While there have been multiple adaptations of this time period, the focus for this movie deviates in that the main story revolves around 13th Prince’s life and romance. The film also has a political fight for the throne as a sub-plot that you don’t want to miss! 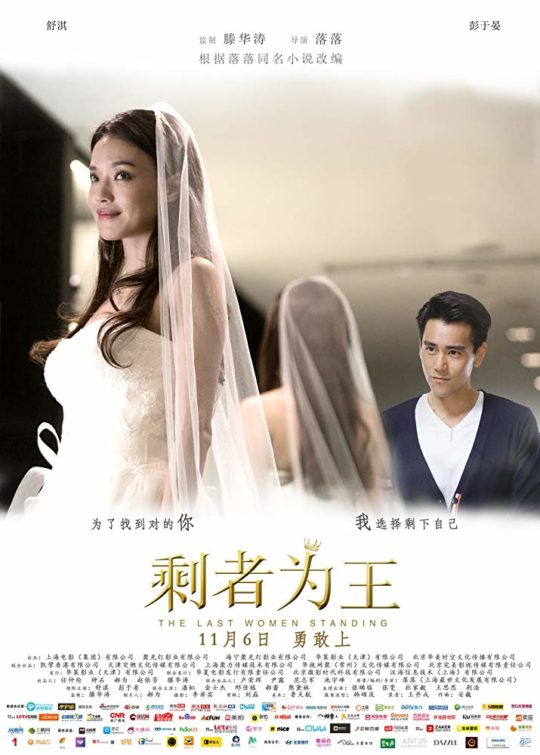 In “The Last Woman Standing,” Sheng Ru Xi (Shu Qi) has a successful career, but her parents worry for her as she is getting older and remains unmarried. Ru Xi then meets Ma Sai (Eddie Peng), a new employee who is younger than her. However, the pressure to get married soon eventually leads Ru Xi down another path with someone who also has marriage in mind.

The standout scene from this film has to be Ru Xi’s father’s commentary about love and marriage. For some people, these things do not necessarily go hand-in-hand, but his realization and acceptance that his daughter wants both really moves the heart. The overall message of the movie goes against the societal norm of getting married and finding someone before getting older (whether love is in the equation or not), and Ru Xi and Ma Sai’s relationship represents that deviation. 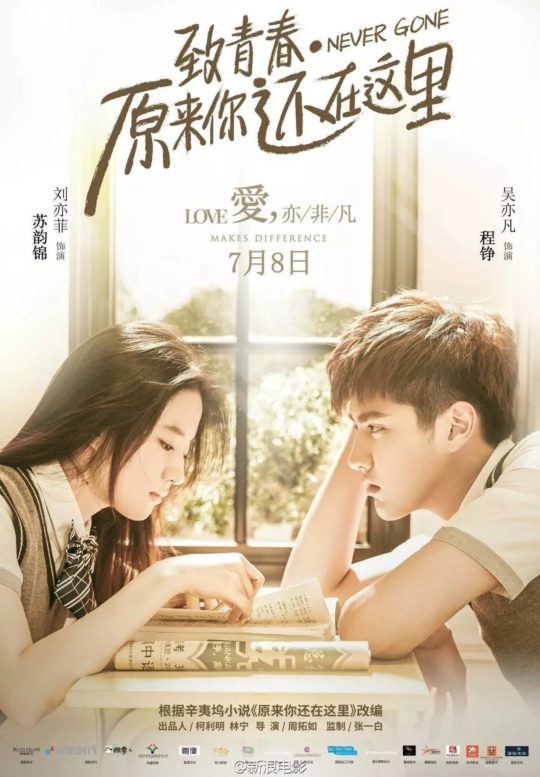 Su Yun Jin (Liu Yi Fei) and Cheng Zheng (Wu Yi Fan) could not be any more different. While their personalities and family backgrounds contrast, Cheng Zheng eventually succeeds in persuading Yun Jin’s heart after years of chasing her. However, their romance comes to a roadblock when their economic backgrounds come into play again. While this film’s writing could use more work, the extremity in the main characters’ personalities and ways of thinking make their journey of coming together fascinating. Also, a note for those who plan on watching (as well as those unsatisfied with how the couple ends up), there is a deleted scene out there that gives a more definitive ending to their romance! 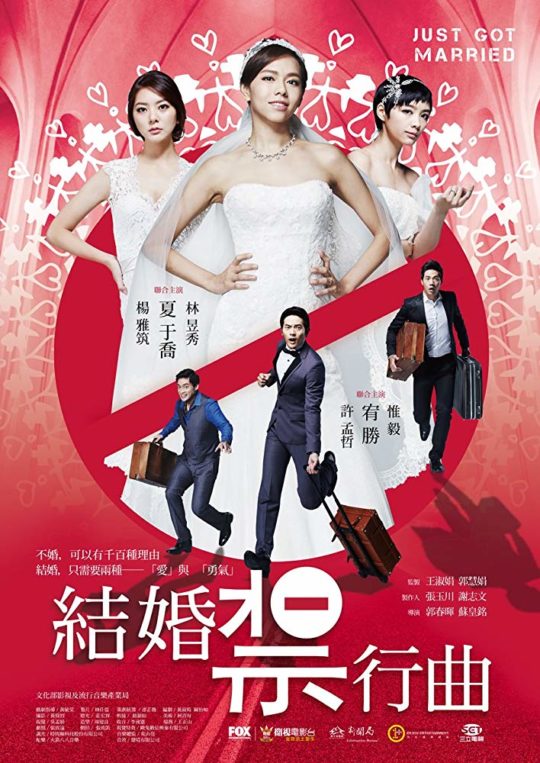 This movie is on the more light-hearted side. In “Just Get Married,” there are three guys who all have different reasons for why they’re not married: Jie Sheng, who has OCD that ends up driving his partners away; Peter, a non-committal playboy; and the lastly Rex, who is content with just co-habitating with his girlfriend instead of marrying her. But things start to change as they meet the right women that bring out the best in the them.

This movie is honestly a cute story that shows a great understanding and growth between the characters. Each romance story offers something new and different. For example, Jie Sheng finds love with Bing Bing, a dancer with a child. They both have preconceptions but they all learn to understand one another and their choices of living. It’s a comforting story of how two people from vastly contrasting lives and professions meet. 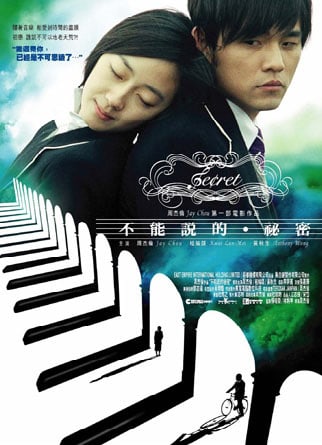 This movie is not a typical romance story. In “Secret,” Ye Xiang Lun transfers to a music school where he meets Lu Xiaoyu, who is playing on the piano. Curious about the song, Xiang Lun asks Xiaoyu about it but she says that it’s a secret. With their common love for music, the two grow close, but there’s a mystery behind Xiaoyu’s existence and the secret song that she plays. This film intricately weaves a mystery into a romance story and unveils a surprising twist. For viewers looking for a thrilling and beautiful story, this movie goes above and beyond with its well-directed plot and hauntingly beautiful soundtrack. 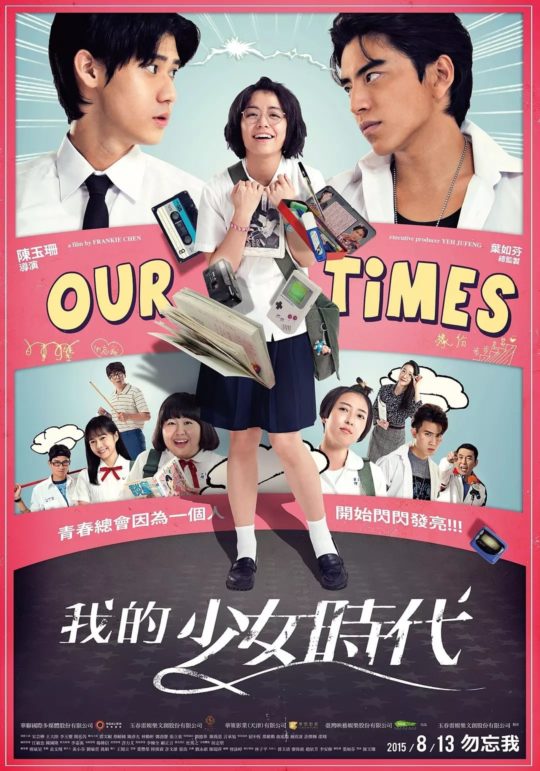 “Our Times” may be a cliché story, but the feel-good romance hits all the right spots. The movie flashes back to a 17-year-old Cheng Hsin who has a huge crush on the most popular guy at her school. Because of her bad luck, she gets entangled with Hsu Tai Yu, a rebellious and feared student who has a crush on the school belle. Together, Cheng Hsin and Tai Yu work to set each other up with their respective crushes.

While the story itself is not anything new, the adorable chemistry between the leads, amazing cameos from stars of past hit dramas, and the amazing OST all work together to make this a fun and sweet film that takes viewers back to the happy memories of youth. “Our Times” remains one of the films that can be re-watched over again and still provide the same stirring feelings of the past. 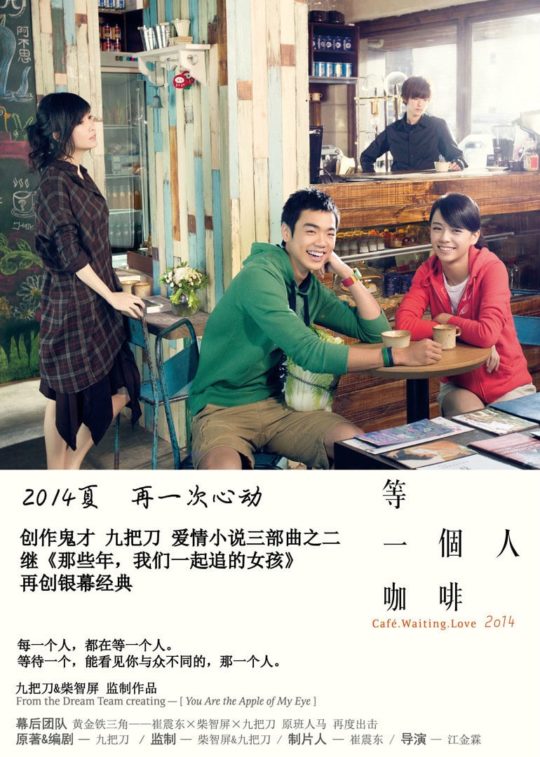 From the creator of the popular movie “You Are the Apple of My Eye,” “Cafe. Waiting. Love” offers a twist in its romance story by incorporating a fantasy aspect. While that may throw some curveballs into the story, it remains a cute romance with offbeat notes. In the film, Si Ying is a university freshman who works at a cafe. She meets the eccentric and notorious classmate A Tuo but eventually she sees past her misconceptions of him and falls for him. The film also delves into the stories behind A Bu Si, another cafe worker, and the origin on the creation of the cafe. This feature film does have some issues with fully integrating all the stories, but for fans of slapstick humor, it provides all the laughs as Si Ying and A Tuo delve into the aspect of dating each other.

Hey Soompiers, which movie is your go-to romance film? Share your responses down below!

isms is a big of fan of Asian dramas and loves watching variety shows.

Soompi Spotlight
Our Times
Secret
Never Gone
Hear Me
The Last Women Standing
Cafe.Waiting.Love
The Palace
Just Get Married
How does this article make you feel?